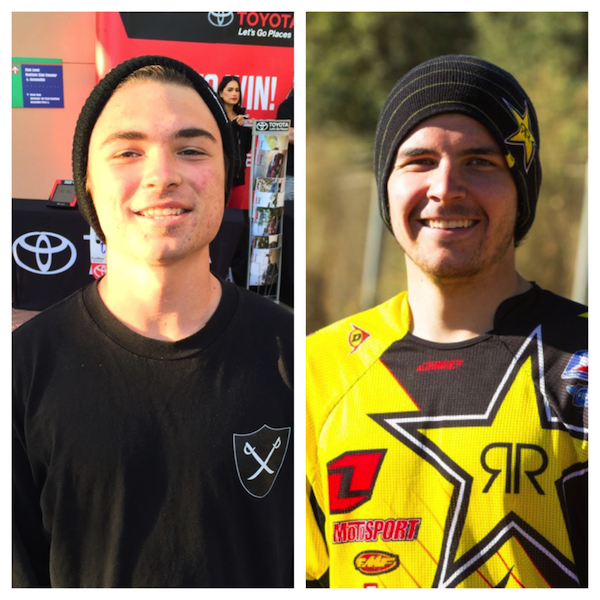 For the past few years I have been noticing an increasing number of moto doppelgängers at the races.

For the past few years I have been noticing an increasing number of moto doppelgängers at the races.

At the Monster Cup this past October I saw a guy who looked so much like Ryan Villopoto that I noticed fans pointing him out to their friends as RV himself.  The only thing that really gave him away was his TwoTwo hoodie. At Anaheim 3 I decided to try to get to know some of these look-a-likes and ask them if they even realize that they look like the person.  Steve and I had a few disagreements about how close the resemblance on some of them is. What do you guys think? If you resembled a famous racer would you dress in their team colors and hang out by the truck all day hoping for a clueless track snack? Here are 6 fan-twins from Anaheim 3.

Yes, even my mom tells me that I look like Barcia.

If you bros know any moto doppelgängers I would love to see them! Tweet me a pic @pookiematthes