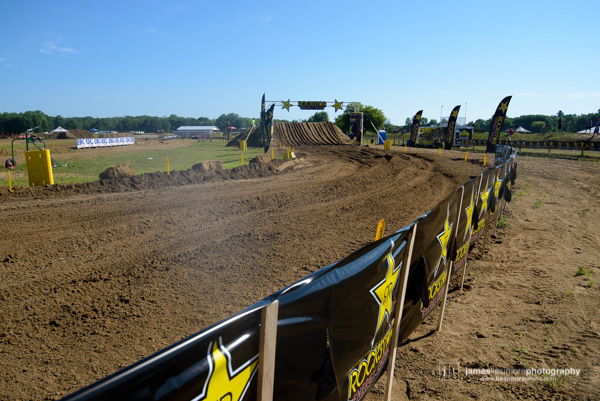 In an ironic twist of scheduling, the return of Southwick to the AMA National schedule this past weekend meant that the two roughest sand tracks on each of their respective schedules were taking place on the same weekend as the 2016 Rockstar Energy Drink Canadian MX Nationals made their way to the Gopher Dunes track, in southern Ontario.

Where as Southwick has a bit of a hard base under it, Gopher is pure, deep, bottomless sand, more like Lommel in the GP’s. It’s completely flat but the deep sand makes for arguably the toughest national track in North America and with such a deep field of riders this year, fans were excited to see who could come out on top when the checkered flag flew. At the track, rumours started to fly that points leader, Davi Millsaps, had suffered a practice crash during the week off and had injured his ribs. Many were curious to see if the punishment of the Gopher sand would prove too much but the Florida native gutted out an impressive ride to finish third overall and maintain a healthy points lead going into round six. In the end though, to the suprise of no one, defending champion and noted sand master, Matt Goerke, took the overall win to remain undefeated in his appearances at the Dunes.

Here’s what went down…