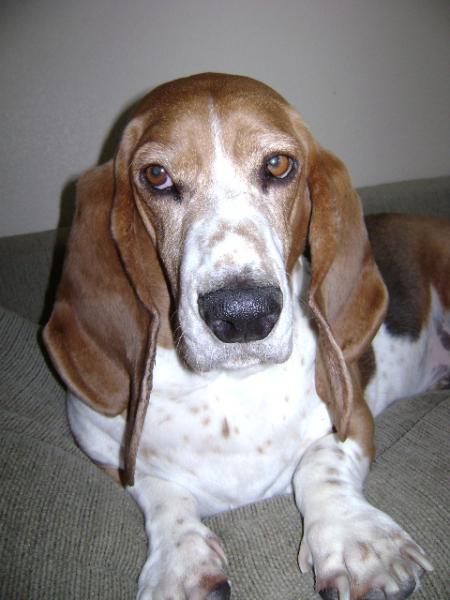 1.  Why not lift the weight restrictions?  We keep going for more power.  We don’t need any more.  Weight-loss is always trick.  You’re a gearhead.  I love all that stuff.

2.  How many riders are hooked on pain killers?

3.  Why does Erin Bates bother to ask podium rider’s questions when she knows they only have seconds and they have to name off their sponsors?  Actually don’t answer that.  I just found that funny.

5.  I know you are needing riders for your show, but when you got the motor guys like Alan Brown or even the X Brand goggles founder’s (Damn, I can’t think of his name right now, but I’ve followed him for years) insight on factory bikes.  Dude, you have to share more of that info.  Hell, it makes me buy more parts and set-ups for my bike.

Keep it up Steve.

P.S.  I’m close friends with Al Davis’s bodyguard.  You work on the "behind the scenes" in MX and I’ll work on getting Al to get the Raiders out of the hole.

Tone, thanks for your letter and let me take your questions one by one.

1- The powers that be not only didn’t lift the weight restrictions but a couple of years ago, they bumped them up! I think the problem is that losing weight= money (at least when it comes to dirt bike racing, when it comes to me losing weight, walking outside and running on the street is free) and the OEM’s were starting to spend some serious money in trying to meet the minimum weight limit. So someone decided to help their bottom lines out and added a few pounds to the minimum. I think the 450 class went from 217 to 219 or maybe 220. When I was at Yamaha we couldn’t get down to the limit with the steel framed beasts but we could knock off a good ten pounds from stock. And remember you actually add weight to the bike with the tubes and suspension components. Honda was on the limit pretty much every year with their bikes when I was wrenching.

So I guess you would say that the weight limit increases helped out the privateers and smaller teams and really has no effect on the racing we see on Saturday nights.

2- I have no clue but it is out there and is a little secret that no one really wants to talk about. The thing is, as a writer in the industry, I can’t afford to guess wrong on who is and who isn’t so it’s best to just shut up.

3- All sports could do without podium speeches and sideline reporters in my opinion. Very rarely do they add anything of consequence. But, the sponsors do need time on TV to keep investing money into it so I suppose they’re a good thing.

4- I’m over the two-stroke talk as well. They’re gone. Dead. Good or bad, deal with it.

5-The X-Brand guy was Rich Taylor and he was one of the best guests I’ve had on yet. Great, great insight on a bunch of cool things. I’m always trying to switch things up here and there in regards to the guests.

As far as the bodyguard to Al, can you get the guy to just pull the plug? I mean really, have there been more colossal mistakes made at any time at any point in sporting history? He makes it hard for me to stay a fan.

What’s the deal with the #4? I know the AMA has decided that it would not be used until at least 2011 but shouldn’t they just retire that number considering it belonged to the GOAT? It may be that I’m Canadian and when a hockey team has a player that is extremely meaningful they retire that number. I know it’s not like a number 84 and everyone wants a single digit number. But we will never, ever see a rider like Ricky again and the AMA should respect that. Now if retiring that number is completely out of the question, what do you think about reserving that number for past champions? This way that number is always used by a champion which Ricky was the greatest of all.

Thanks – Great site and good job on the moto show!-Eric

Eric, the number is right now reserved for former champions as anyone who has not won a national title cannot get a single digit number. We’re also going to have to agree to disagree on the number thing. I agree that RC was a bad-ass and it’s going to be a long time (if ever) before someone comes along that was like him but…you have to move on at some point. The past greats like RJ, MC and Hannah never got to wear a number for a long time because the numbering system was not in effect. You could argue that, in their times, they were looked upon as being Gods of the sport. Hell, MC’s sx win record is still intact and no one is really close to it. Shouldn’t he have a retired number?

One thing about sports is there is always someone coming up in the next generation that is better than ever before. That’s just evolution so I say let the 4 go. We’ll always remember RC but let’s not just single him out for this great honor if you are indeed going to single someone out to have a number permanently retired.

Apart from the absolute obvious answer… ie, anything to do with the BIG 1-5… And for that matter anything to do with Rollerball…
Who has been your favourite rider to watch over the years, through the eyes of an insider… and give us a particularly cool story as to why…
Keep it up legend!
Cheers,
Alex

Alex, thanks for the letter. Well you eliminating two of the world’s best riders with your query certainly cut down on my memories quite a bit. As I reiterated on the Moto Show and in my Observations column this week, I always find it fascinating when a rider is immensely talented but can’t put it together. The tantalizing taste of watching someone so good and so close to just dominating is exciting to me. Call me weird or whatever but I like watching these types of guys.

So without thinking about it too much, I’d have to go with Robbie Reynard. I started being a mechanic in ’95 and went full-time in ’96 so you could argue that Robbie’s window was already closed by the time I got into the sport. I just remember that watching him ride was cool, seeing him dominating races and then either fading or crashing out was something that happened quite a bit. He just had that kind of talent.

One of the best rides I’ve ever seen was from RR. Southwick ’97 or ’97 he crashed in the first turn and got up dead last. Like dead, dead last. He got going and ripped through the pack the whole moto passing three, four guys at a time in some spots. He made it all the way up to fourth by the end and if anyone said he wasn’t in shape or whatever, this ride disproved it. What happened in the other moto? I have no idea but he probably got something like a seventh or whatever and thereby proving that he was a mystery wrapped in a riddle.

I had a Basset hound when I was a kid.

He bit everyone in my neighborhood.

His name was Charles.

This guy Greg could ride wheelies forever on his IT490

Thanks for the letter. I think. Anyways, poor Charles, Bassets are generally a pretty mellow breed and aren’t really mean. Our guys can be at times when they’re on their leashes but I think that’s a protection thing or something because get them to the dog park, unhook the leashes and they are scared of everything and everybody.

Anyways, you ask what I think? I think that Greg is super cool to be able to wheelie on his IT and that Charles needs some love. Thanks for writing in!

Matthes,
Maybe you’ve said before but I can’t find it.
How did you meet Red and what did you guys think of each other?

Nunley, it’s kind of a funny story really. I wasn’t able to get a decent job to wrench for anyone in America for the ’99 season so I followed my dream to Europe and was working over there in Germany on a KTM team. It wasn’t going very well, in fact it was terrible and I knew that there was no way I was going to be able to last until the end of the GP season. We were just going through the pre-season stuff and I was hating it. The other mechanic on the team was a French guy who drank wine and ate bread every single day. His English was about as good as my French by the way.

So this was the day of pagers, no cell phones and I checked my pager one day over there and there was a message to call the owner of Noleen Yamaha on it. I don’t remember the time difference but I guess it worked out and I called up a guy named Steve Russel who said that Ferry’s mechanic (Dave Dye) had quit and before the guy left, he said to call me to take his place. This was like on a Monday or whatever.

Steve asked me if I wanted the job, I said yeah and he said ok, come to LA two days later and meet Timmy and all that. I left out the small part of me being in Europe and working for a team. I just knew that I had to make it happen somehow. I had a return ticket for, like, six months later in case things didn’t work out so I changed the date on that to the next day and went to the shop knowing it was my last day. At the end of the day, I was packing up my tools when my mechanic buddy asked what I was doing. I replied that I’m taking my tools home to clean them and errrr….see ya later.

I left under the cover of night like some sort of WWII spy and showed up at LAX where Tim Ferry was waiting for me. The magic had begun! Anyways, years later Red Dog told me that he got me mixed up with another guy and was looking for him to come out of the gate! So anyways, that’s how it happened, that next day was Anaheim 2 and Timmy got tenth in the main event and we were on our way.

Just got done listening to the Talon interview, great job.  I always enjoy listening to the greats of our sport bench race with you.  You are the only source that I know that gives us fans a behind the scenes look into the racers lives.  I grew up riding and racing in Sacramento and I remember watching a race when Talon was on a KX 80 and he was so far out front that he stopped on top of a table top and just took a break.  Amazing!  Anyway, keep up the great work.
Thanks
Dave

Thanks Dave for listening to the shows. Lone Wolf was a good one for sure, he sure has had some real experiences in life and seemed to appreciate both sides of the pond for what they are. He’s become a real success in the industry and is a good guy. Pretty modest as well.

The Moto Show #6 with Davi Millsaps Archive Up!