Scog Blog: Where are we going? 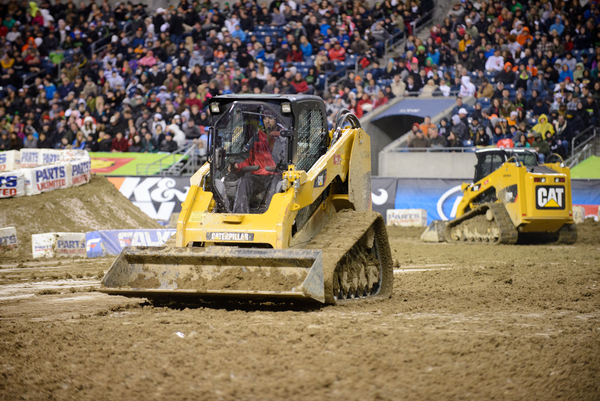 At the end of any event, any game, any closing of any doors  (metaphorically speaking of course), there comes a brief reprieve; a moment of reflection for all those that competed and all those that were in some way, big or small, a part of the experience.

At the end of any event, any game, any closing of any doors  (metaphorically speaking of course), there comes a brief reprieve; a moment of reflection for all those that competed and all those that were in some way, big or small, a part of the experience.

At the end of any event, any game, any closing of any doors  (metaphorically speaking of course), there comes a brief reprieve; a moment of reflection for all those that competed and all those that were in some way, big or small, a part of the experience.  It rises as the dust settles, and through it, and in it, we ask ourselves the questions that seem most important while peering into the past, and we can use that to gauge the future.  This brings with it the bitter silence of the off-season, but also, not too far behind, lie the anticipation of what is too come next season.  The questions are personal for the riders, industry people, and honestly for the fans as well.  Mainly because we take the sport as serious as it can be taken from the outside.  I know no fan who races or rides considerers himself an outsider, but make no mistake about it, we are.  The industry doesn’t pay us, so we have the luxury to shrug off any misstep by the teams, track builders, promoters, etc.  Although we do share the enthusiasm, we do not share the financial burden.  There is one central question that the entire Motocross and Supercross community revolves around and the burden of this question is spread evenly enough for us all to have some (fans included).  It is a question we have all asked about ourselves, our jobs, our families, our relationships, and because we are slightly obsessive about this sport, even it.  It a simple question—where are we going?

Even the riders themselves cannot escape the theme that unfortunately runs through many aspects of working and moving up:  it is not what you know but who you know.  It is sad that riders like Metcalfe, Peick, and Chisholm don’t have the right people in their pockets to put money there as well.  Sometimes being genuine doesn’t get you the credit it should, but lucky for us fans these are the types of riders who love what they do so much that they will not give up.  They will put all the blood, sweat, and tears they can into working their way into a better opportunity.  Even in the face of the constant question they have to ask themselves more than any rider of their caliber—where are we going?  There are others like them that have been punished by the industry for not knowing the right people.  Being overlooked is not a handicap for these gentlemen; it is quite honestly a way of life for them.  These are the riders that one could easily see staying involved in the sport in many shapes or forms later on, and they are the type of guys young phenoms should look to for guidance along their own paths.  They are liked, respected, and know how to do things the hard way, and the easy way.  For now it may be tough, but the future will open doors for these guys.  In many ways these few who are overlooked may someday help direct the sport to wherever it is it may go.

Where is the sport itself going?  At this point it looks as though it will go whatever direction “the Monster” wants it to.  The series has become a little too uniform for my taste.  From the design of the tracks to storage of the dirt, it all comes together to make the racing as close to the same every week as possible.  The fans don’t want monotony.  We want varying race winners on different brands, with unique styles, and track designs.  Plus, layout changes, no dirt composition regulations, some different rules at venues, we want excitement, and we want others to make it happen for us.  We are content being the sheep and letting “the Monster” be the Shepherd, but we have much more power than we know.  I am not suggesting a revolt, not yet anyway.  I am merely attempting to open our eyes to look farther into the future and answer the question we have already established.  We consider ourselves insiders but we don’t think we can exact a change, or have any real input into the direction of the series.  Make no mistake about it, “the Monster” will leave, or step down, or be knocked off from it’s current perch—they all are eventually.  Sponsors come and go, just as riders, teams, and industry insiders do, but as fans, we always remain.  We drive the economy that drives “the Monster series”, which dictates how racing happens.  I am hoping wherever we go, it will be a place for the fans, as much as for the promoters.

As was said earlier, along with the question comes the anticipation of the upcoming season.  Even if the true infrastructure of the series never changes, at least we have the excitement of riders jumping up a class, rookies making debuts in the 250s, riders on new teams, new teams that were developed over the off-season, and all the new gear and bike aesthetics a moto fanatic can stand.  The long wait between the two series gives everyone a good chance to forget the last season.  By A1 we will all have forgotten just how big the gap was between Villopoto and the rest.  Our memories will be of Dungey making a late pass and the crowds roar at Minn., or of James Stewart riding 20 perfect laps while not even noticing Villopoto close behind at Atlanta, or maybe we will remember how Millsaps made the top guys look silly for the first half of the season.  Not only was he racing better than they were, he was going faster for all 20 laps without any problems.  He made the number1, 2, 3, and 4 guys look pretty novice-like for a while.  You are only as good as your last race but in racing it is all about feel rather than history.  The hype machine will naturally build all off-season and once again we will have to relearn just how badass Villopoto is.  But look what Millsaps did last year.  Who is to say someone might not be able to capitalize on Villopoto’s mistakes; we all know they are bound to happen.

Maybe this year our anticipation and questions will be answered come A1.  Maybe the direction of the sport will begin to reflect the fans rather than the promoters.  Probably not, but we can all hope.  At the end of the day, the off-season is perfect for gathering perspective; not only for the racers and teams, but for us as well.  Without the upsetting gap in racing we would not have enough time to gain the anticipation and hype of what is to come.  We would remember all too well the beat down Villo placed on everyone.  All the riders need the time to fix the problems in training, and work on getting a setup that will push them more towards winning.  Time heals all things and after last season even Villopoto and Dungey need some healing time.  With time to think on our hands don’t be afraid to ask the question.  We may not know it , but we do have a say in where we are going.

Swizcorner: Musing on the Monster Cup