Tuesday was the start of the 2019 450 MX Shootout and we had seven different riders test out six machines at Competitive Edge Raceway in Hesperia, California. All the manufacturers came out to help assist the riders in order to try and get them as comfortable as they could in a short amount of time. The 2019 450 MX Shootout will combine each riders scores in order to crown a champion each day. We then will combine each day’s scores for an overall winner. In case of a tie, we will combine each rider’s rankings over the course of complete test in order to break the tie. I really want to reiterate that all of these bikes are really good and ALL of the testers said it was really tough to rank five out of the six machines in the shootout.

Please use the shootout not as a bible on what is good or bad, but a reference point on what you may be interested in purchasing. Just like in all aspects of life gravitate towards the information you trust and believe in in order to make the most educated decision for yourself. Below is a brief breakdown of each bike’s ranking from the first day of the 2019 450 MX Shootout from Competitive Edge. Get the overall results Monday night on the Pulp MX Show! 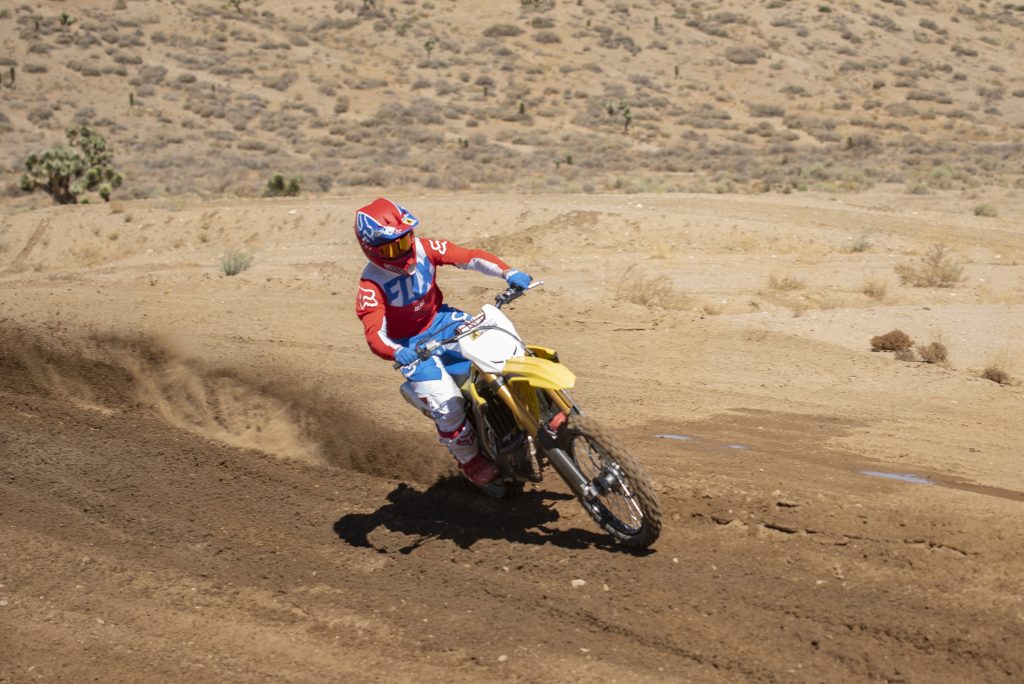 On the track the Suzuki still corners very well even though it feels like a tank when taking it off the stand. The frame feel of the RM-Z450 has improved over the years and is more compliant on fast rough straights. The Showa spring fork was well perceived and while a little soft for most testers, is still tons better than the TAC Showa fork that graced the Suzuki in 2017. The BFRC shock was noticeably comfortable on acceleration bumps for most riders, but wasn’t well liked when off-throttle. The rear end of the bike has a tendency to kick on de-cel and it was difficult to tune out. What hurt the Suzuki was the lack of excitement in the engine delivery and the hinged feeling between the front end and rear end of the Suzuki on long sweeping corners. When the track is tilled deep (like Competitive Edge was) you are able to feel the weight more because the lack of bottom end response. 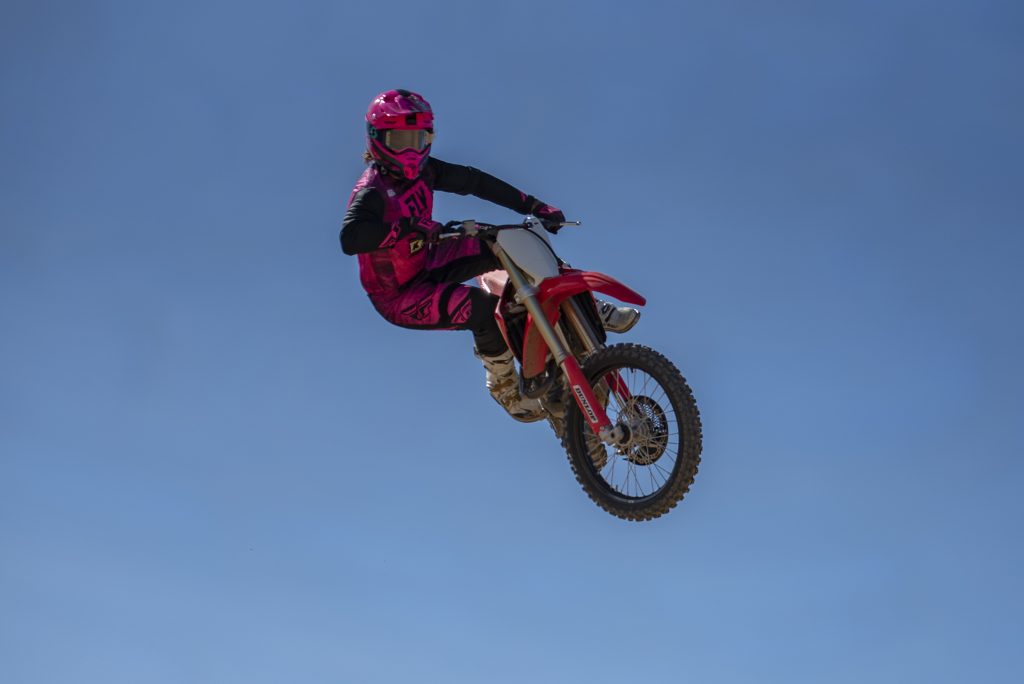 The ranking didn’t really do this bike justice on day one. The top five were all so close to each test rider and each one of them said they could easily go out and race this bike tomorrow. The Honda CRF450R still has a slight twitchy feeling in the front end on high speed sections, but is easily the fastest engine in the shootout. The engine character is free feeling and pulls strong all the way through each gear. The updated chassis helped the rigid feel of the Honda, but in comparison to the other machines it is still has a slightly stiffer feeling. Faster riders really liked this feeling, but some slower riders thought they could feel too much of the tracks imperfections. However at the end of the day most praised the changes Honda made in 2019 and it is still on the top of the charts for cornering ability.

Can be hard to find comfortable setting 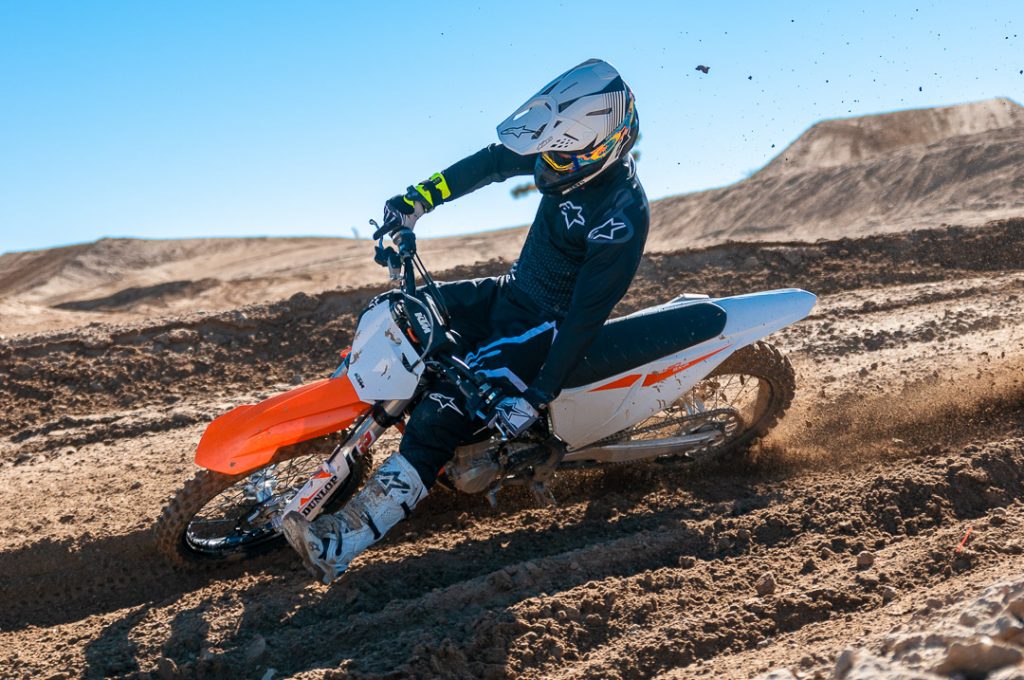 The KTM450SX-F was praised for being easy to ride. It’s linear power feeling lets the rider be more aggressive on the track and can let the rider last longer during motos. However, the lack of bottom end did hurt it on the scoresheets with some faster riders, so again, it just depends on how (or where in the power) you like to ride your machine. The KTM shares some of that same chassis stiffness that the Honda shares (in steel frame form) as some riders complained about the bike not being compliant enough on square edge bumps. Most agreed that the KTM corners excellent and feels very connected to the rear wheel, which leads to a deceiving power when looking to lear obstacles. The KTM is so connected and quiet that it leads the rider to believe he is not going to clear an obstacle, but instead they end up over jumping it. This took some time for riders to get accustomed to. The WP AER fork wasn’t a huge complaint on this first day’s test.

Flat corners has slightly less of a planted feel (front-end)

Slightly more vibration on high rpm’s than other machines 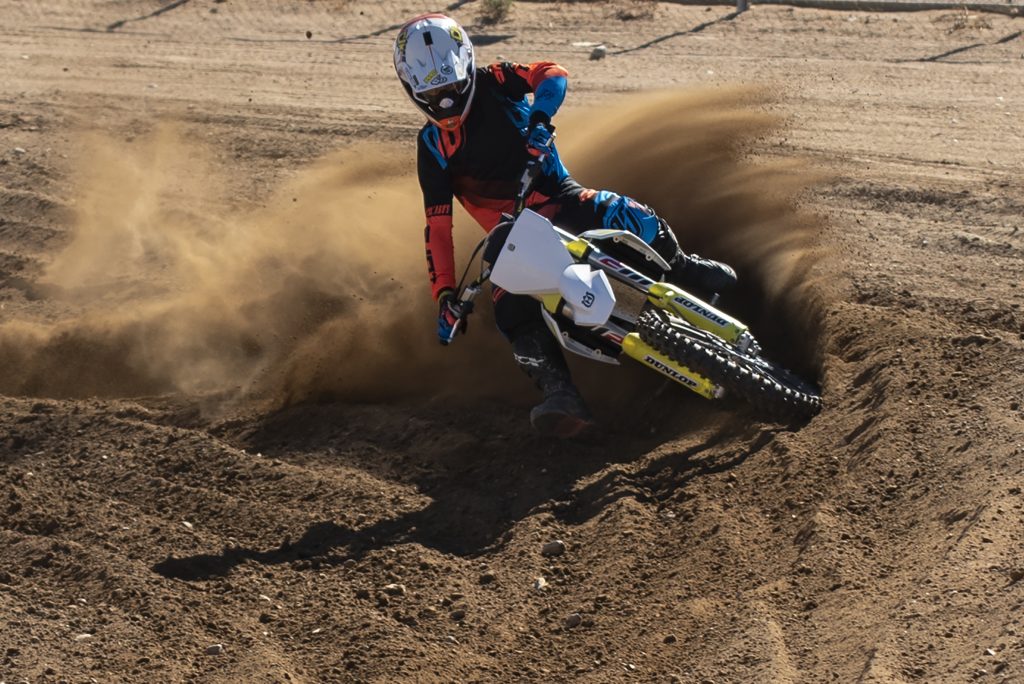 The Husqvarna FC450 was praised for having a more compliant chassis than that of the KTM 450SX-F. Testers loved the way the Husqvarna was planted to the ground, which gave them more confidence twisting the throttle harder. The Husqvarna’s engine delivers its power similar to the KTM 450SX-F, but a little more calculated down low. The Pro Taper handlebar is much better than the Neken that is on the KTM and provided less harshness/vibration to the front end. Riders also loved the ergonomics of the Husqvarna as it pleased taller and shorter rider alike. The WP suspension was greeted with open arms and was well perceived with a balanced feeling from the riders. 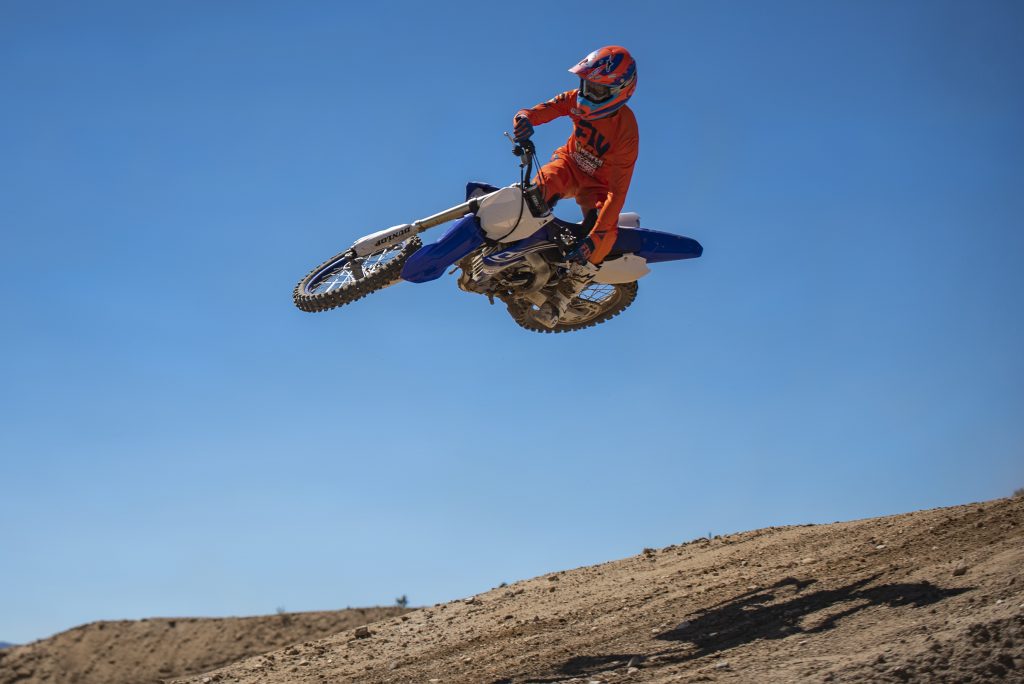 The Yamaha almost won the first day if it wasn’t for one rider rating it fifth place because of a wide feel through corners. Most riders didn’t recognize this feeling while riding, but it can be visually deceiving when going back and forth between bikes. The Yamaha has a tractor like engine that is so useable everywhere around the track. It is one of the only bikes in the shootout that allows you to run third gear through corners. The YZ450F’s “recovery time” is immediate when making a mistake and rewards the rider with options, which lets them ride the Yamaha aggressively or smoothly. The KYB suspension is best in class with comfort and performance and also accepts riders of vastly different sizes/weights. When the track gets rougher, the Yamaha gets better and easier to ride where some other bikes in the shootout can go backwards. The Yamaha still gets some complaints of a heavy feel through corners and that is what ultimately lead it to runner up on day one.

Can feel heavy on tight sections of track

Cornering is not as easy as others

Perception from rider once sitting on bike is wide near shrouds 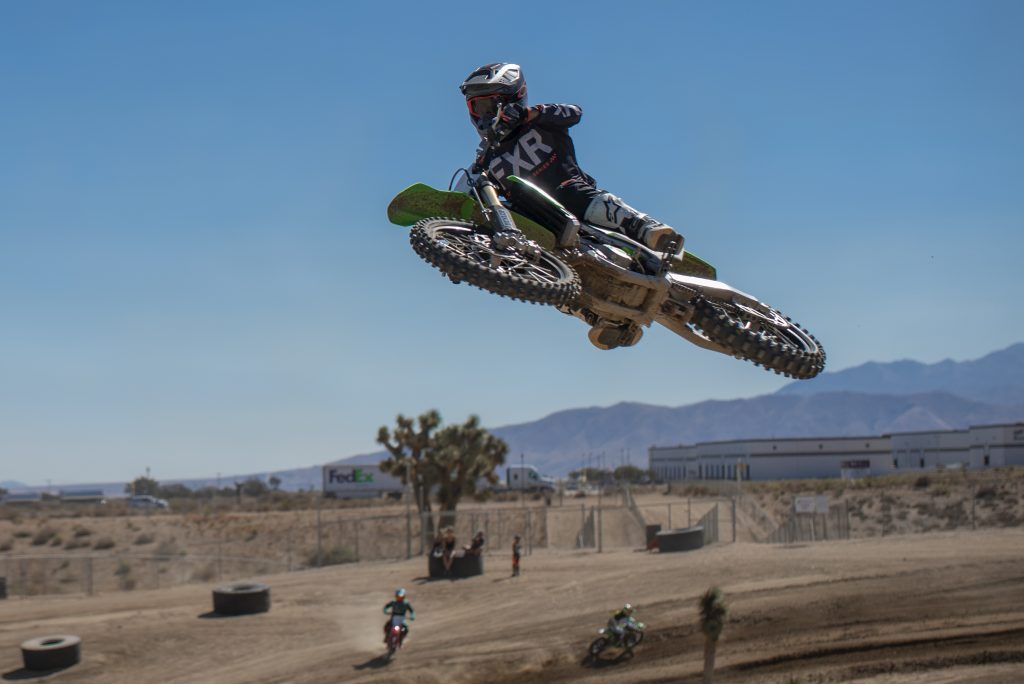 From going near the back of the pack last year to winning day one is a huge achievement and the Kawasaki engineers should be proud. Every rider praised how easy it was fro them to ride the green machine fast. The engine is exciting down low, which gives the chassis a very light, playful feel around the track. The chassis also has great bump absorption, so when the track gets rough the Kawasaki rivals the Yamaha in comfort. Where the Kawasaki edges out the Yamaha for most testers was its lighter/narrower feel in corners. The Kawasaki is a very neutral handling machine, which can be steered from the front or the rear. The Showa suspension is plush (thanks to a spring fork), yet has a decent amount of hold up for faster riders when stiffening the compression. The Nissin hydraulic clutch was also well perceived by most and gave those riders a linear pull and a less usual hydraulic like on/off feel.