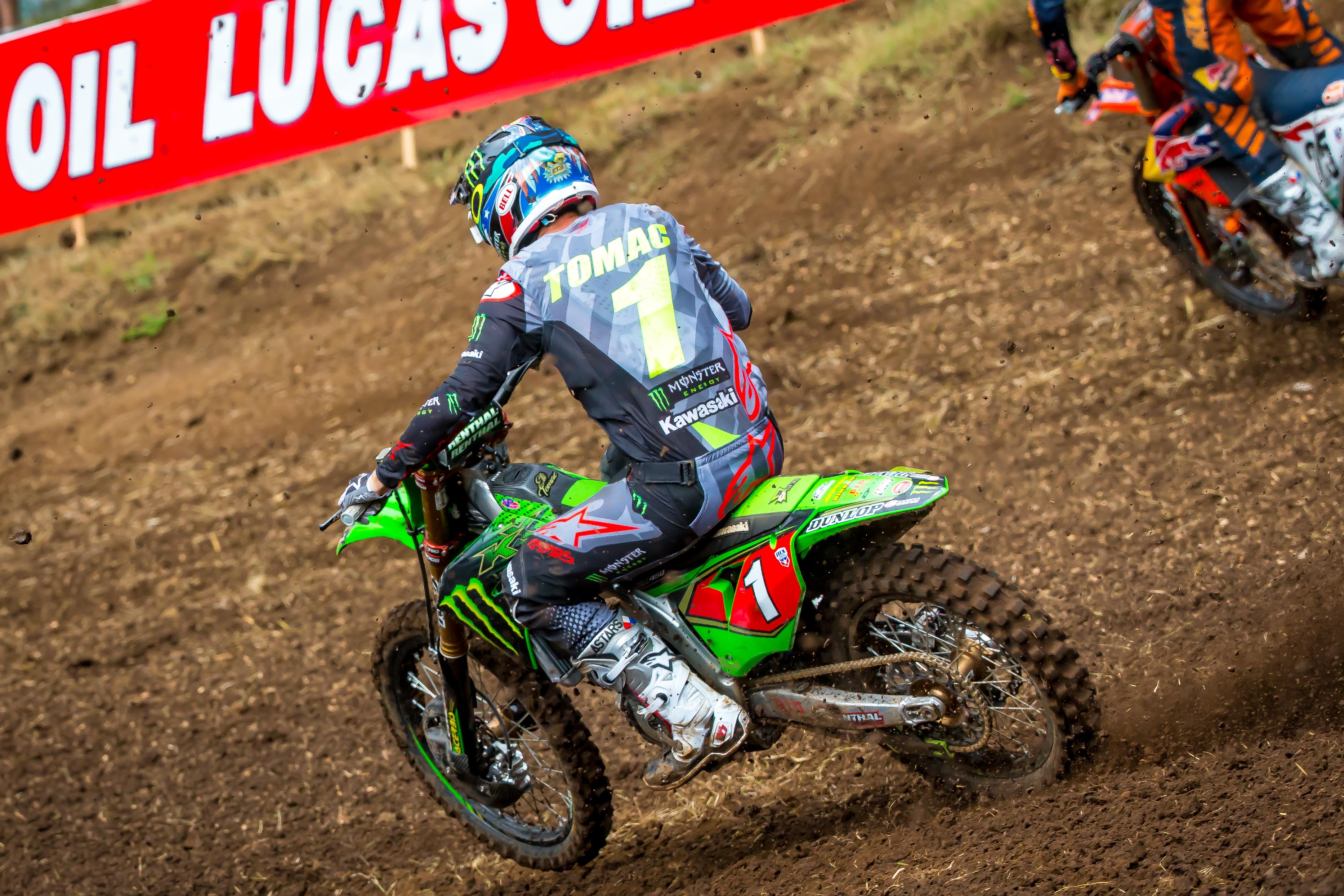 Every time I get to the Pacific North West I can’t get over how beautiful this place really is. I had a whirlwind week up in Idaho at the Fly Racing Summer Camp, but got on a plane and took a short ride over to Portland Friday (for the Pulp MX/Racer X Live Show that we had at the Alberta Rose Theatre that night). If you haven’t been to one of these shows I highly recommend it as it’s a lot of fun and sometimes goes unexpectedly sideways. What more could you want from a moto show! We had a packed house and guests Zach Osborne as well as Justin Bogle were fun to banter back and forth with. We will be doing more of these live shows next year so make sure to come out and bullshit with us!

I didn’t make it to Washougal Saturday morning as I had some things to take care of back in the dez, but after being at the track Friday afternoon and watching the race on TV Saturday, I wanted to get you a few “Daytime” notes. 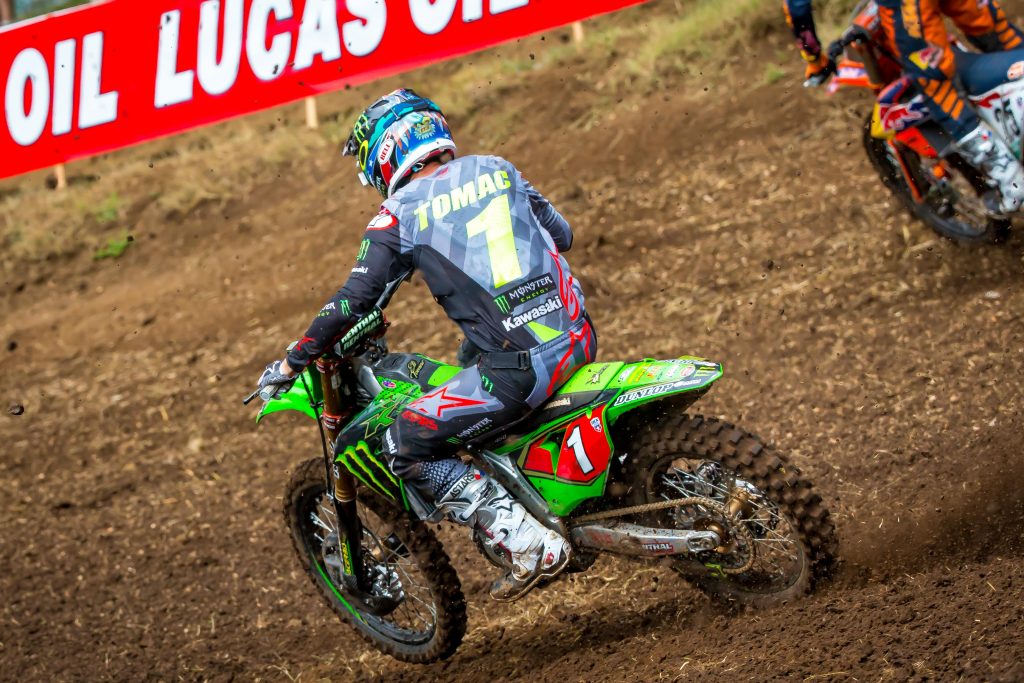 Eli Tomac: Eli “I rail the shit out of outsides” Tomac was in full effect in Washington. The dude is over 8 seconds back with 10 minutes to go and rallies to win? What the actual …….? You can’t sit here and tell me that the other guys get that tired on a track that wasn’t that rough. To me Tomac is just that good at corner speed, being aggressive off of jumps, as well as slamming into jump faces. He carried so much speed into the obstacles at Washougal that it really made the other riders look like local pros. Go back and look how fast he hits the inside roller before the downhill. WOW! He hit that roller and almost doubled down the hill!!! Tomac went full Tomac on a track that is supposed to cater itself to smoother riders like Musquin. That didn’t happen! 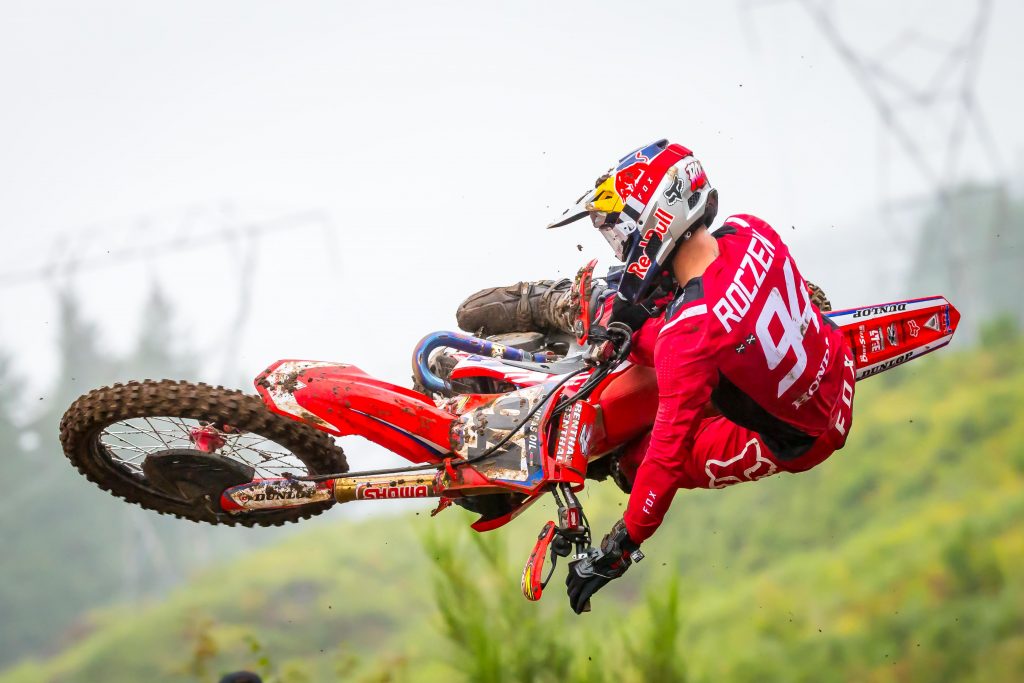 Ken Roczen: Ken looked smoother than Musquin in Washougal, but he looked super fatigued with ten minutes left of each moto. Something is going on with Roczen’s body as we all know and it must be frustrating for him as he is as fast, or faster than Tomac the first ten minutes of both motos. Roczen is going to need some rest and recovery this offseason so don’t expect to see much of him in those usual offseason races. 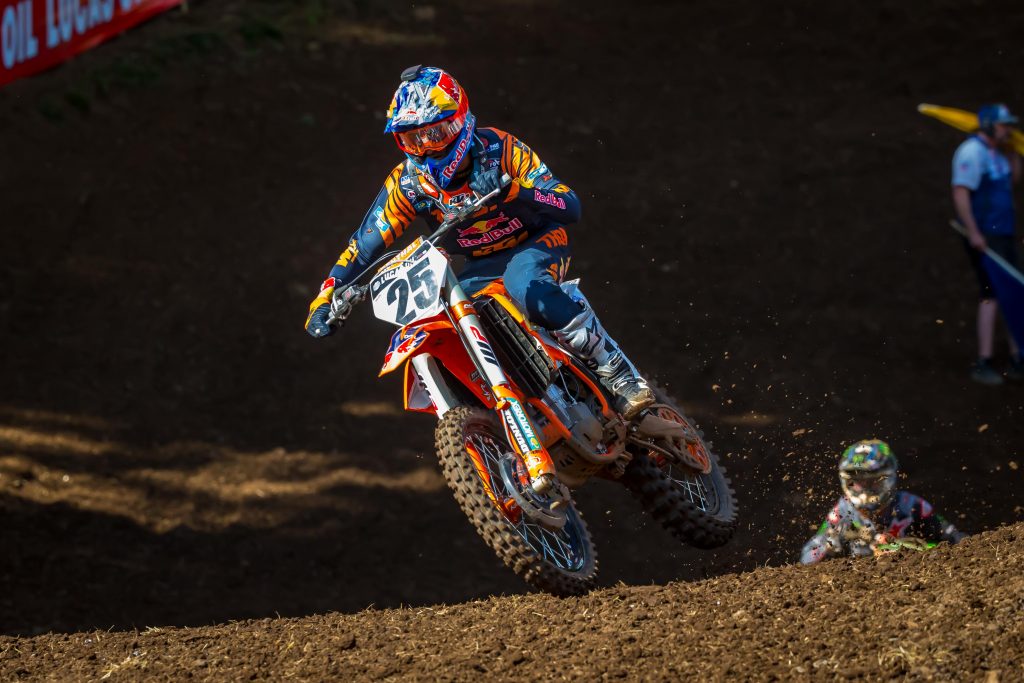 Marvin Musquin: Marv was a victim of a hard to pass track the first Moto and he didn’t have those usual sneaky lines that he usually comes up with. That award went to Jason Anderson. The second Moto I heard Marv changed a setting and as you can see liked it a little better and finished up with a second place. Washougal is a track where some riders come in maybe a little too stiff with their suspension settings and the bike will not settle. Most times riders will soften their suspension settings throughout the day to get a more compliant feel.

Jason Anderson: How did JA not get docked the first moto? Anyone else see all the yellow markers either get slapped from JA’s fork guards or the sneaky inside lines underneath the yellow markers that he had? I know the second moto was more obvious as he got pushed wide from Savatgy, but the first moto was way worse, that it was comical. I will give it up to him though because it reminded me of something that I would be looking to do on a track like this. Yellow markers are just a “suggestion” of the track’s edge right?

Star Racing Yamaha’s: HOLY HOLESHOTS!!!!! If you don’t think these bikes are the fastest in the paddock by now, I don’t know what to tell you.

Dylan Ferrandis: A fast bike and a smooth style is the perfect blend for a 1-1 at Washougal. Ferrandis wasn’t as fast as AC, but he made less mistakes because his technique is slightly better than AC’s. Yes, I said it. #TEAMDVFACTORY

Adam Cianciarulo: AC was fast as hell in Washougal, but I think his aggressiveness hurt him a little on Saturday. AC was scrubbing every little thing he could to try and get around Ferrandis, but in the end it’s that aggressiveness that you either live or die by at Washougal. Tomac’ aggressiveness worked, but AC’s didn’t. Why? Line choices. I went back and watched both riders a couple times and Tomac’s lines simply allowed a more aggressive push than AC’s.

Justin Cooper: This kid should be proud of his year and how much he has progressed. For being his second year he hasn’t made the huge mistakes that some riders have before him. For how fast this dude is, he doesn’t screw up that much. He also practices on a 450 a lot during the week, so I think that tends to allow him to race his 250 smoother on Saturday afternoons. He may not win the title this year, but watch out come 2020 as I think he will be the guy to win regional Supercross title and a national outdoor title.