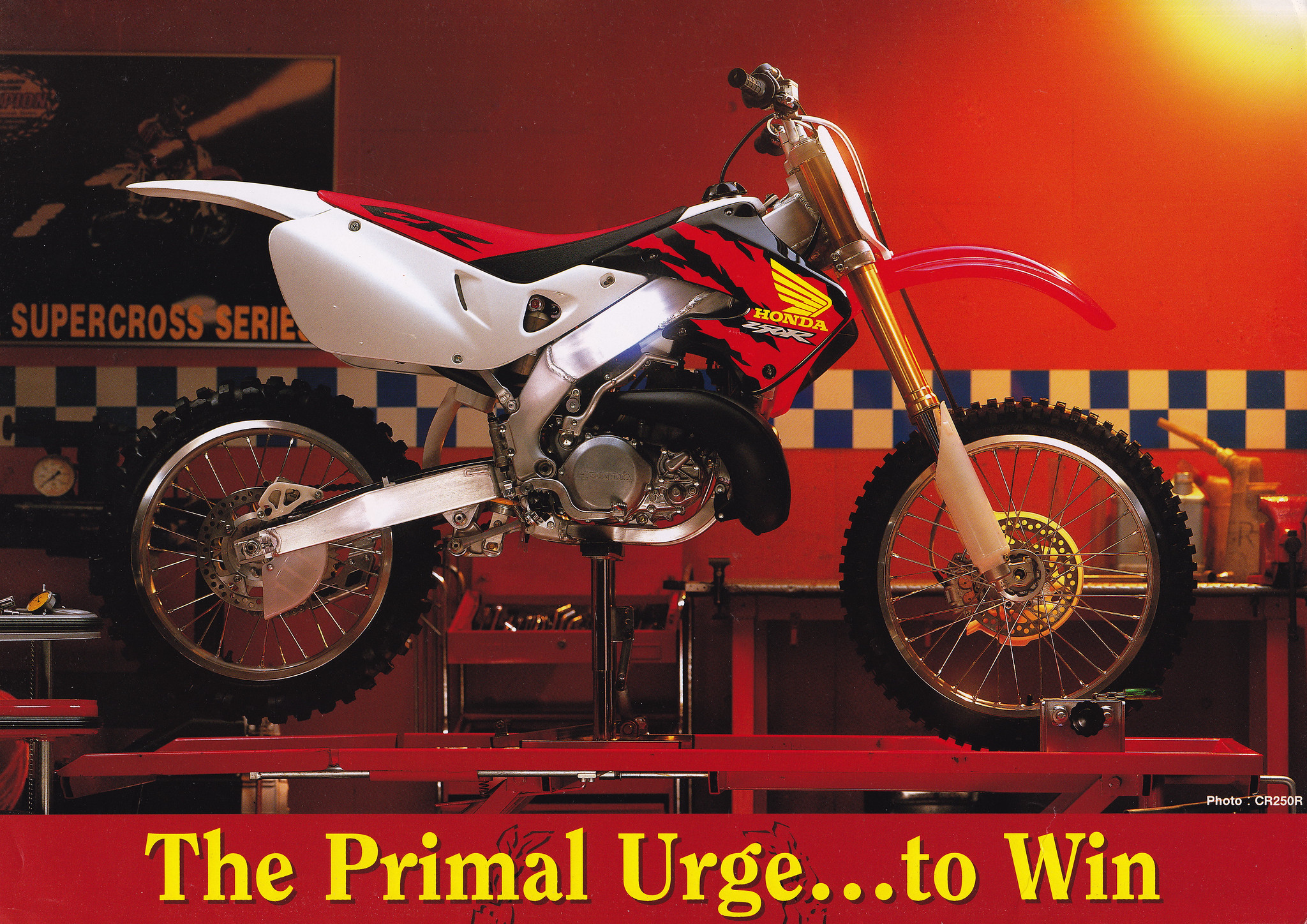 We get a lot of reader comments here at Pulpmx.com but this one email came as a bit of a shock to us.

Seven years after our own Tony Blazier profiled the all-new aluminum framed Honda CR250, Jayden comes in this HOT take:

“Unpopular opinion: The 1997 CR-250’s frame was actually just as good, if not better than the competitions at the time. The reason the bike rode so harsh was because of the terrible front forks that binded up with out a load.  If you swap the forks on a 97 CR, it would smoke the 2002 and later Honda’s, and would still be good competition for modern bikes”

I mean, that’s a lot for a bike that everyone pretty much trashed at the time. Obviously, Honda was ahead of the curve because all the Japanese bikes have aluminum frames now but at the time, it wasn’t a very good handling bike.

We wanted to revisit this take so I hit up Rich Taylor who was the primary tester for Honda on that bike for years. He’s told the story a few times on the podcasts about how Honda, at the last minute, got scared about cracks and beefed up the frame after Rich had approved the final design. The result was a very stiff bike and, well, let’s get RT to weigh in after I sent him Jayden’s email.

“That frame was deadly… in a bad way! Harshness wasn’t the big problem. The problem was the unpredictable reaction on each and every bump. The frame would flex awkwardly and react which caused a scary ride!  The forks were not bad especially for back then. Not good but not bad. We chased the setting for a year because they kept beefing up the frame where it would crack which made the bike react completely new..

It was really hard to get a good setting. They kept trying to go soft but I fought them hard to keep them semi stiff with some control. I had nothing to do with the bike in 98 and they did go super soft with the suspension then. It was sooo bad! Of course if you put a newer style fork on that old bike it will be better but don’t kid yourself, that frame looked bad ass but was horrible! I have a nearly brand new one in my office. It’s still my favorite bike. As long as I don’t have to ride it ?
#leadpipe”

So yeah, Jayden, we’re going to have to say that you’re a bit off with your email according to the guy that developed that bike but hey, thanks for reading!