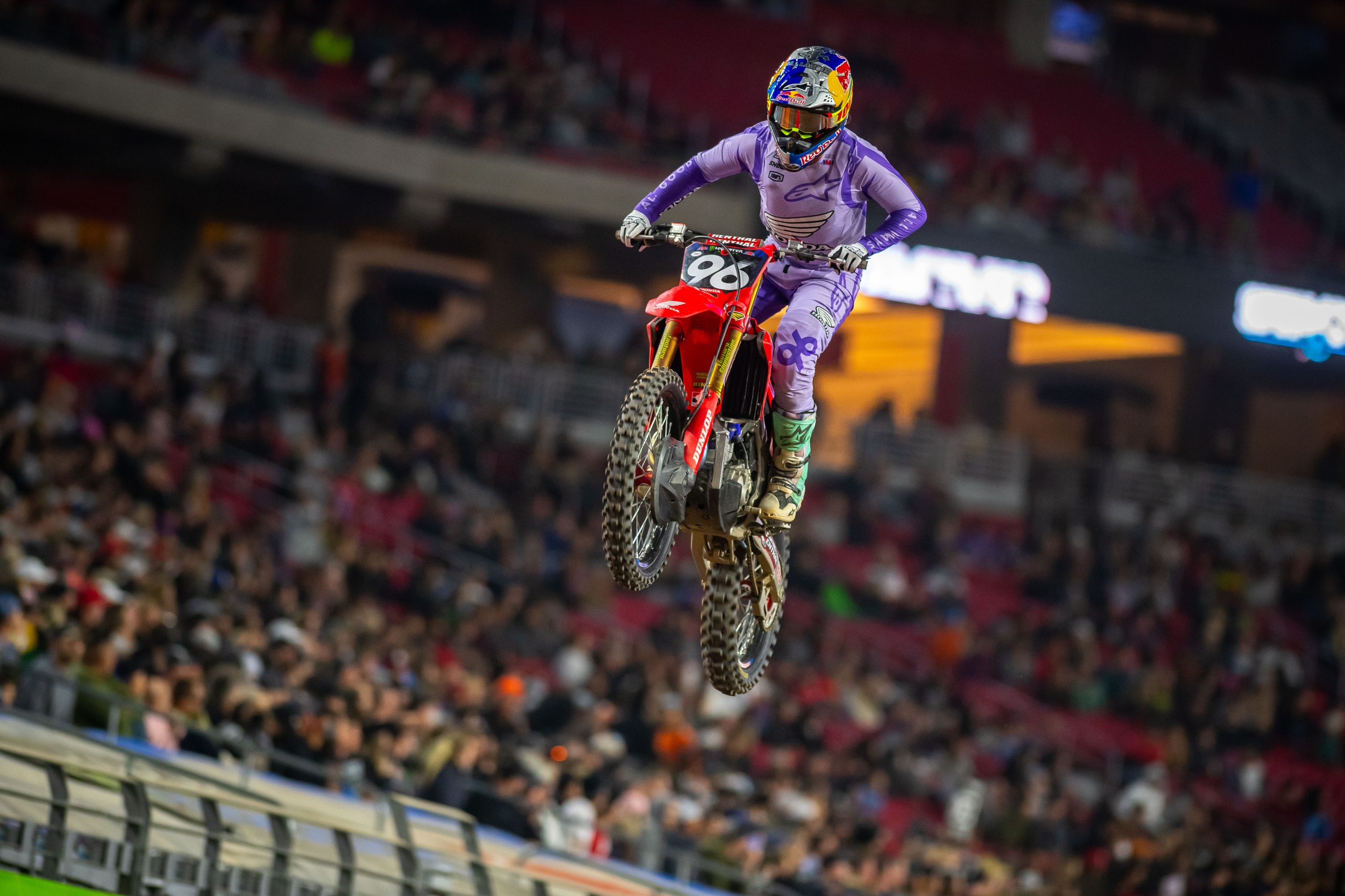 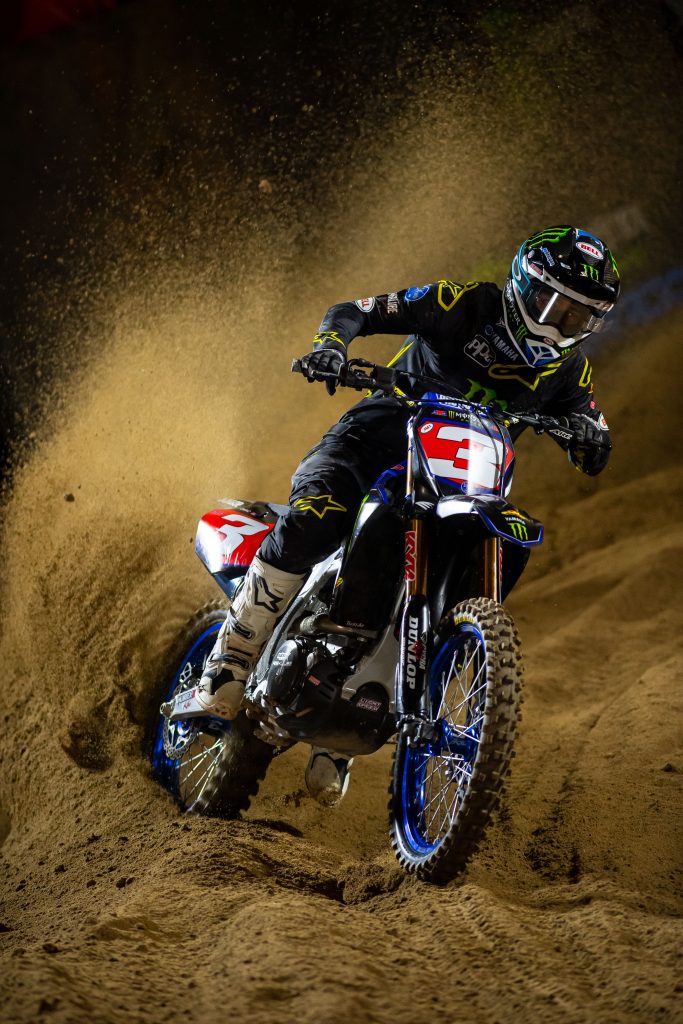 Eli Tomac: Who the hell was that on the number 3 machine at the starts? That couldn’t be Tomac right? Three starts and all of those are within the top three! What! Looks like the long straight and some new technique brought some flavor out in those accelerations in Cardinal stadium! Tomac looks spicy right now and you can tell how excited he is about his dirt bike because he talks about it on every podium speech! Anderson and Sexton looked to be the only ones that could keep Tomac’s speed in check all night. #3 has people around him he wants, he gets to try new things if he wants and with both of those key components at his disposal, ehhhhh boy, it’s going to be tough to derail. 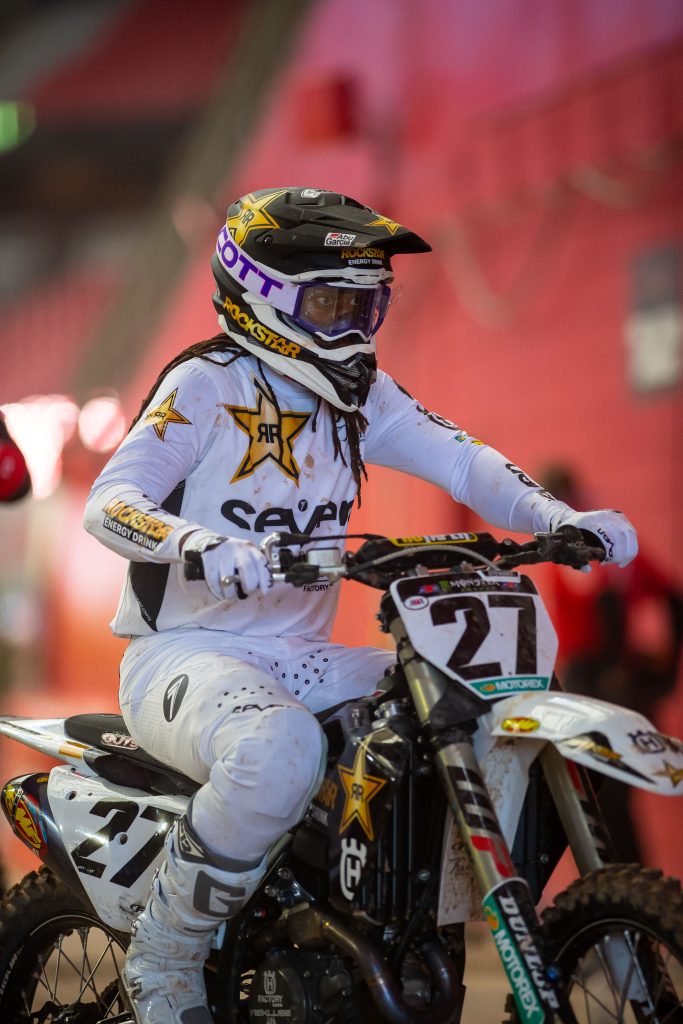 Malcolm Stewart: Remember when Stew went ass over teakettle in Phoenix a couple years ago when his chain derailed? I don’t care what you say, going back to a stadium where there is some bad mojo is tough to block out and Mookie performed all night, in all three races. I have witnessed the ass kicking he is doing at Baker’s and to me being there is mentally helping him more than physically. Being on a program like that not only gets you physically strong, but it gets you mentally set like a warrior. We haven’t seen the full unleashed whoop speed yet this season so stand by for some east coast whoop lessons by the number 27 in a few weeks! 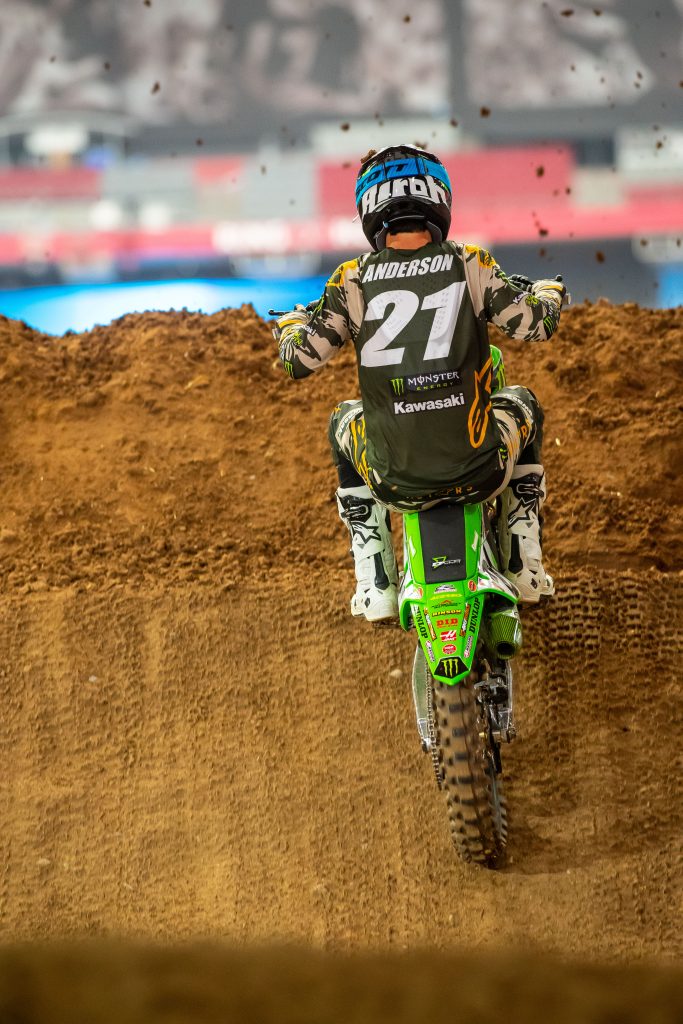 Jason Anderson: If it wasn’t for that second moto off track excursion, Anderson would be second on the night. This is kind of how it has been going for Anderson. Fast enough to win at times but mistakes have been keeping him from getting more wins. The speed is good enough to win, the starts have been giving him great track position, he just needs to lessen the mental blunders that we are witnessing. His home life is better from what I see, so I am using that to give you why he is doing better! Got a stable homelife, results improve. It’s 2022 people! Not 1999 Matthes! 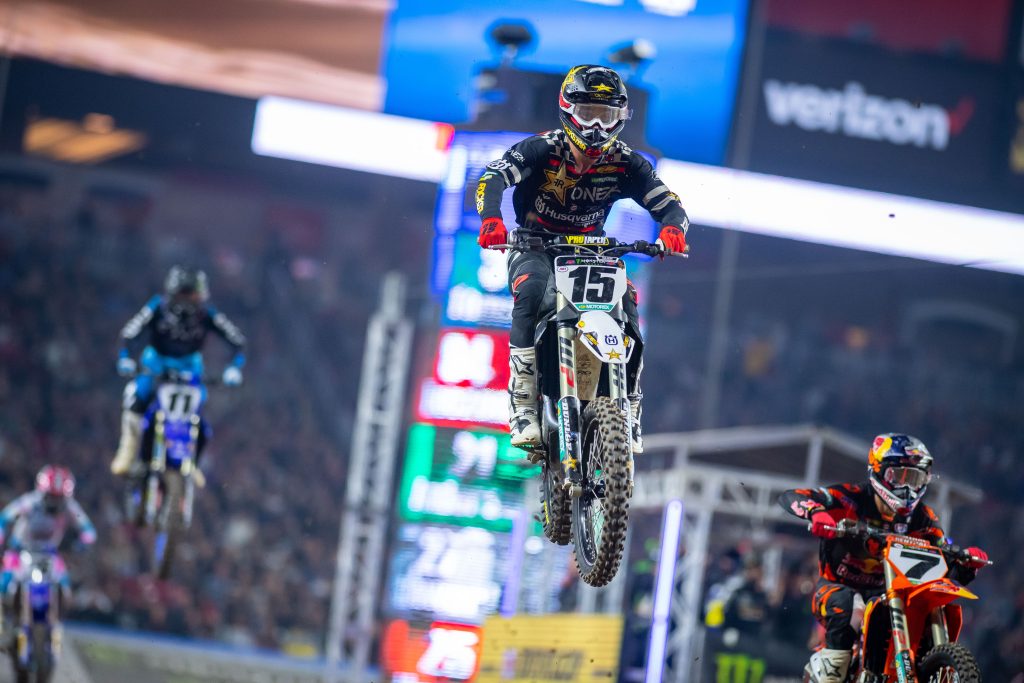 Dean Wilson: 9-9-9! Solid ride for Dean-O who keeps plugging away at those top tens. Staying healthy and building on this good weekends will get him closer to top 5’s by the time we get to SLC. His starts need to be a little better to crack the top 5 but with the power of Sarah’s love behind him, I feel some top 5’s coming on soon! 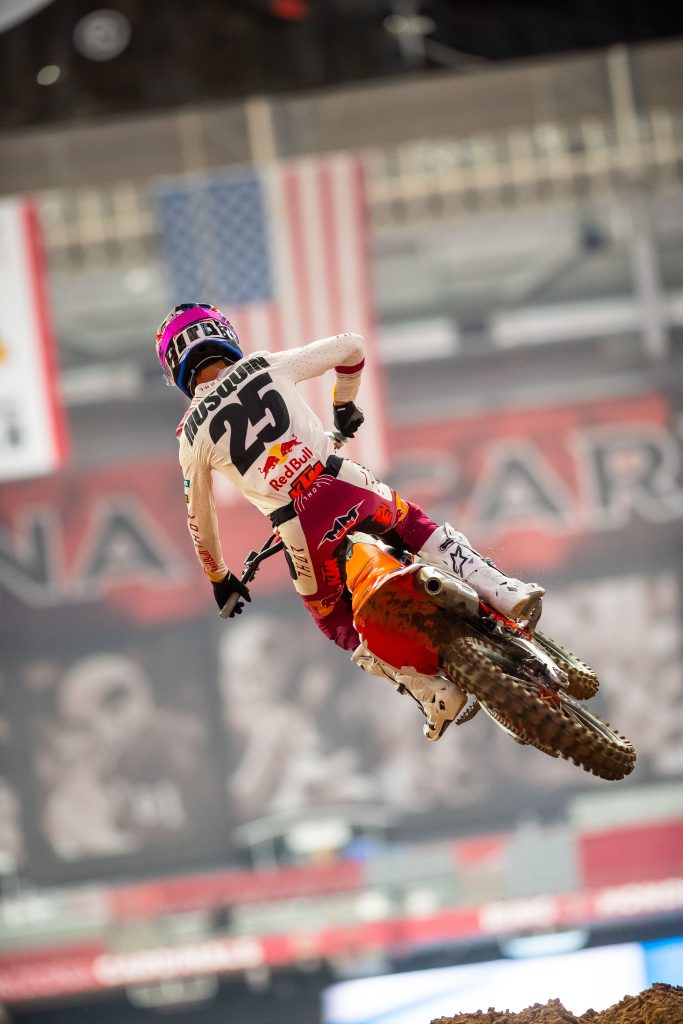 Red Bull KTM’s: Ehhhhhhhh. So… I tested this bike last week (production version of course) and can feel some of what could be going on. To me the new bike is better in areas, but the area that I think needs help is mid corner and front end traction. Now I have zero inside knowledge as to why Coop looks like he is not aggressive but maybe this could be something to do with it. 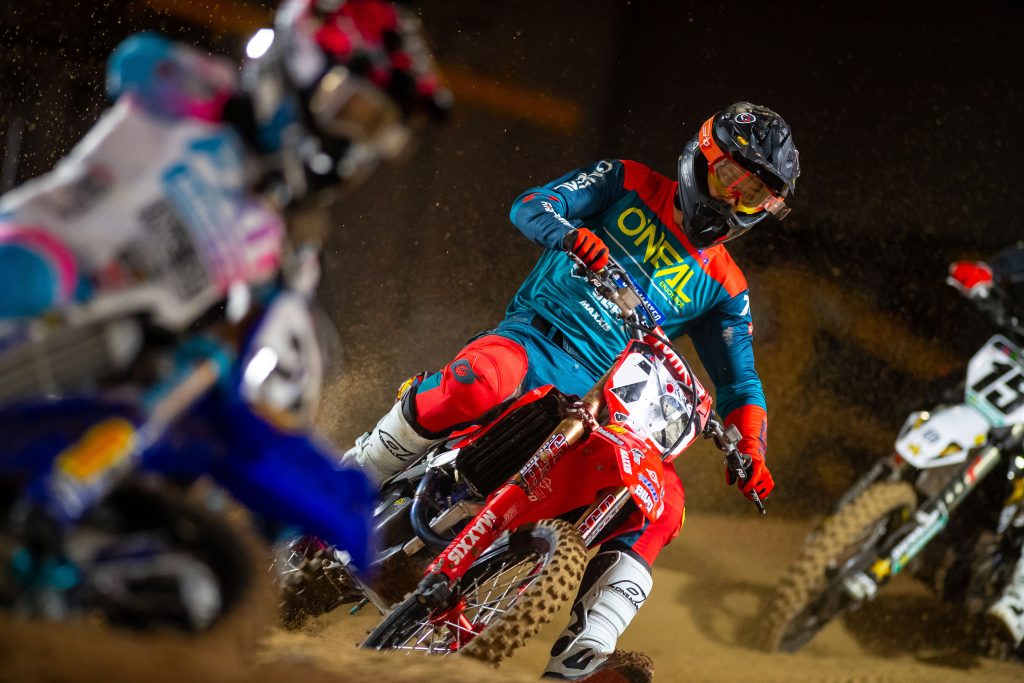 Cade Clason: The other CC is doing pretty well. It looks like the time spent at Club has made him a little tougher mentally and Cade seems to be gelling with the red machine. Kudos to the boys over there at SGB for stepping up their professionalism game and getting two dream PR type of riders on their team. In order to make it work though, you have to put in some results and Cade has ben doing that. Poor A-Ray though! Let’s hope he gets healthy ASAP. 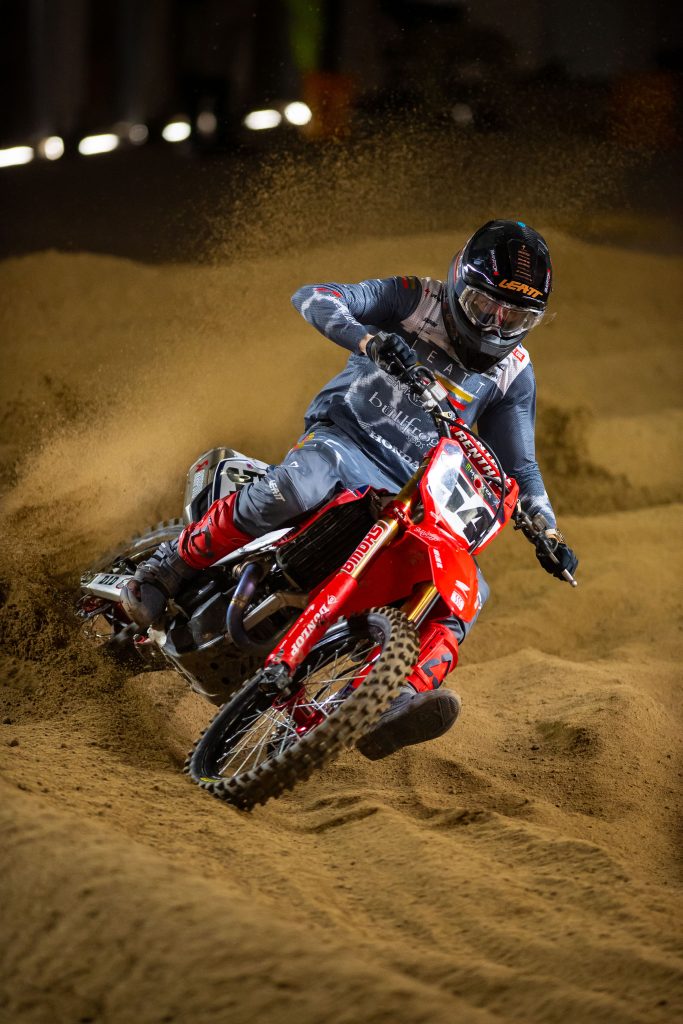 Mitchell Oldenburg: Mitchell has been quietly been putting in some decent 450 results and us media guys are NOT really talking about him for east coast 250 results. These 450 races are making him stronger and he could be one of the riders that surprises us once we go back east to start the 250 class. 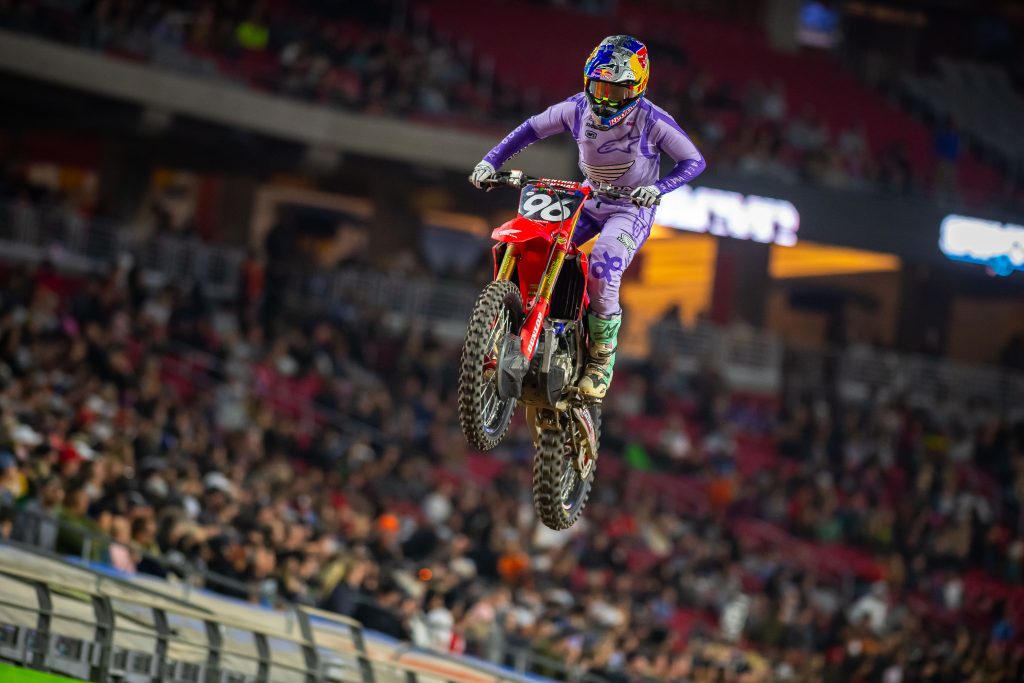 Hunter Lawrence: Let’s be real here. Hunter should thank Vince for his win at Phoenix, but nonetheless you have to be in it to win it and H-law did just that. For being thrown into the west coast late because his brother got hurt, Hunter has been steadily getting stronger and closer to Christian on raw speed. I mean if you would have seen what I seen at A1 press day, you would really be in awe of how much Hunter and the bike have improved since then. Hunter has an underrated style/technique that is very neutral and strong on the bike. Not to mention his last lap qualifying heater he laid down is down right impressive! Congrats to Hunter and the team Honda squad for getting it done. Let’s see if Hunter’s brother (you know that other Lawrence) can get it done out east. 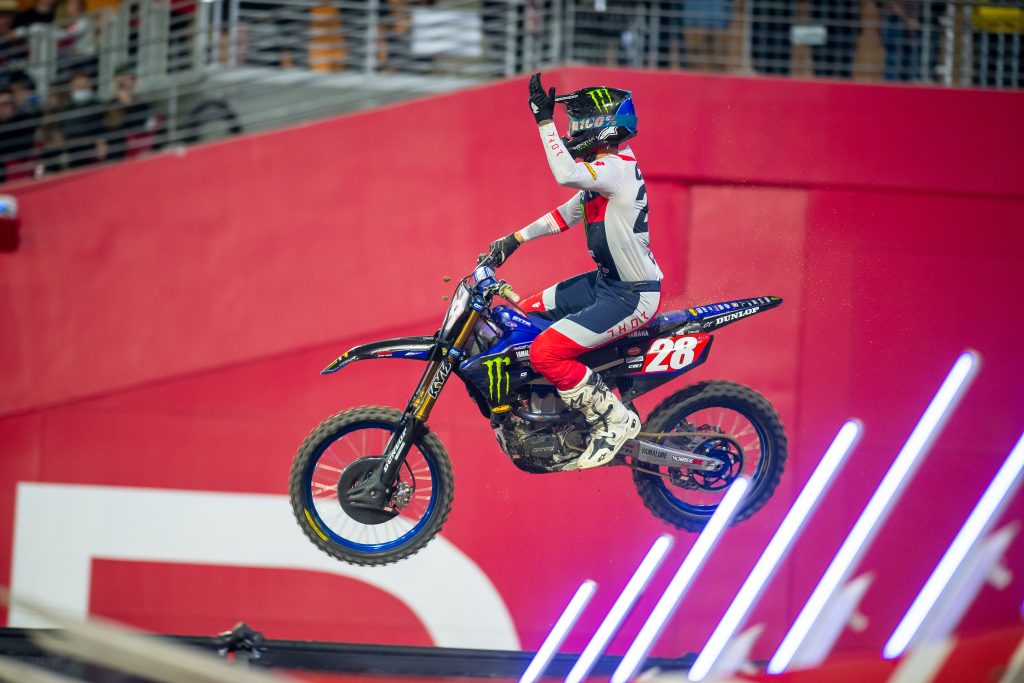 Christian Craig: Wow. TMTB was the fastest of the night but a run in with the 250 Terminator de-railed his chances at taking Phoenix. Even for how short the whoop section was in Phoenix, he managed to make up a couple bike lengths each lap. CC rails the bowl corner and accelerates up to the first whoop then lifts his front end over it and finally sets it down on the third whoop and gets his bike as flat as possible for the rest of the section. I just schooled every 250 rider on how to go as fast as CC in the whoops! HA! For real though it was a shame the Matt Prater was riding the 62 bike Saturday night because that couldn’t have been Vince that punted the shit out of CC in the sand right? 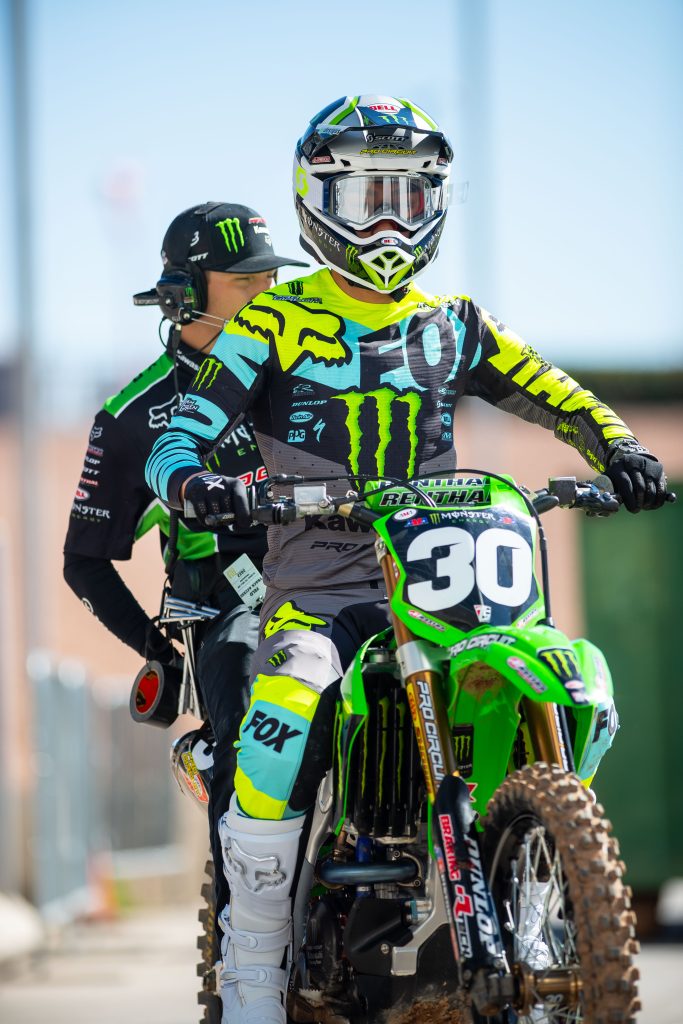 Jo Shimoda: The smoothest Japanese rider to ever grace our sport. There was never a smooth Japanese rider to race the SX series until Jo. Finally, Shimoda showed up and showed all of us what we thought would of happened four rounds earlier. 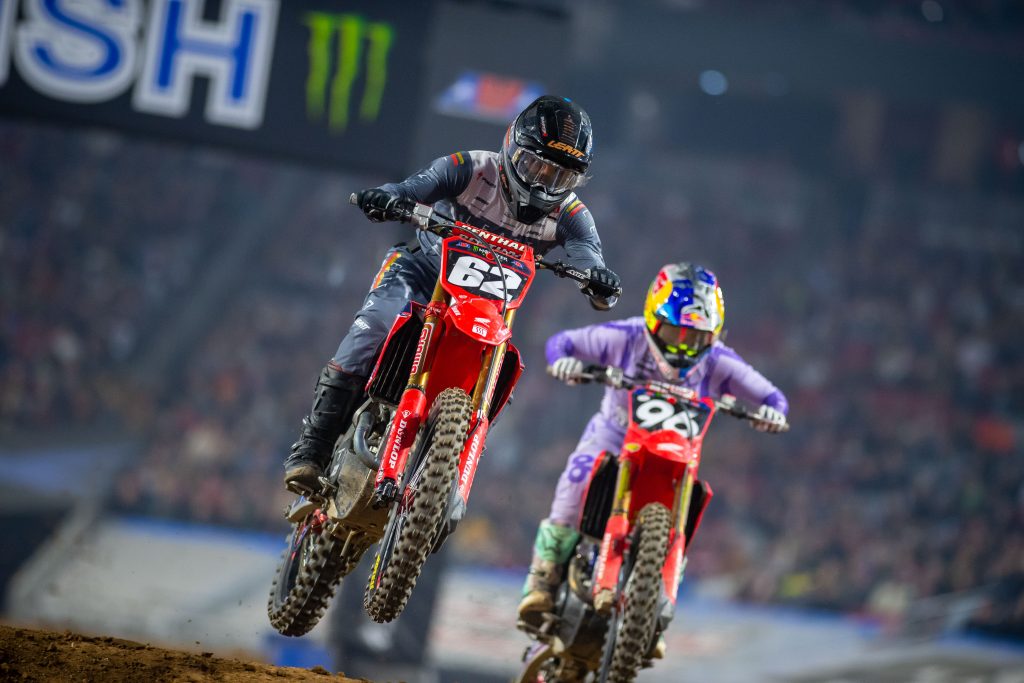 Vince Friese: Again… Matt Prater of the Arizona Cardinals was riding the Bullfrog Spas/Motoconcepts Honda on Saturday night. The Cardinal kicker was trying to redeem some of the last second kicks he missed over the course of the season and ended up successfully kicking a 35 yard field goal to get a fifth place finish on the night. In the words of Forrest Gump… “That’s all I have to say about that”. 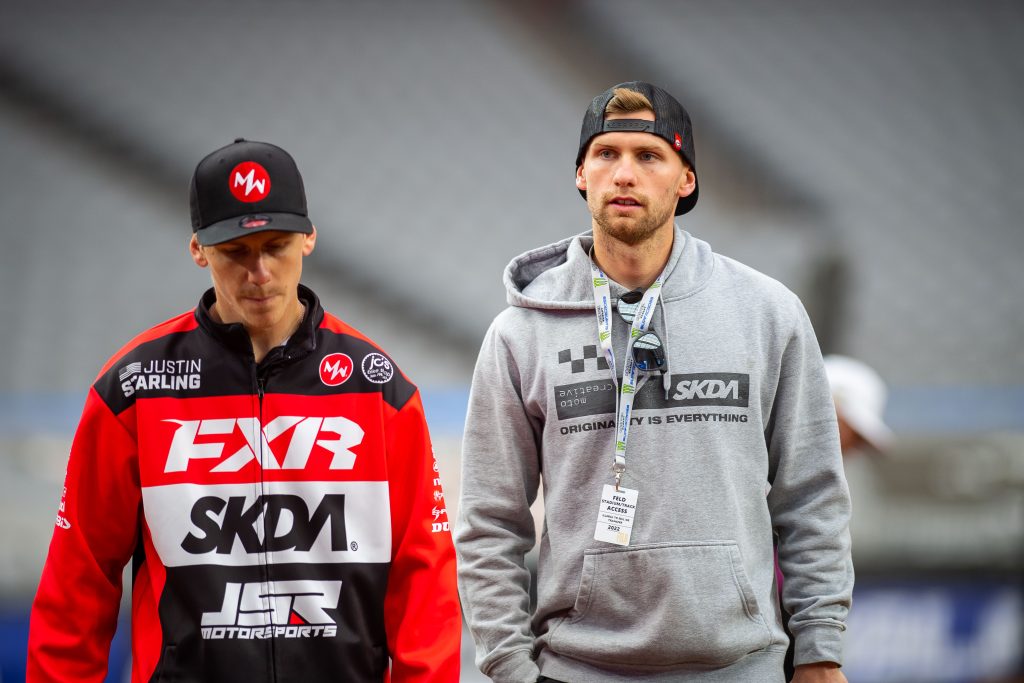 Jerry Robin: AS a guy who likes Jerry, I find it very frustrating (As I am sure that all of you fantasy players do) to watch Jerry on Saturday. I know how good this kid is because I see it during the week! If there was a bad luck cloud in existence, it would find it ’s way over Jerry. But… I think the Robin train has started to gain some momentum so let’s hope it stays on the tracks for A3! Jerry is a great rider and is capable of top tens right now! 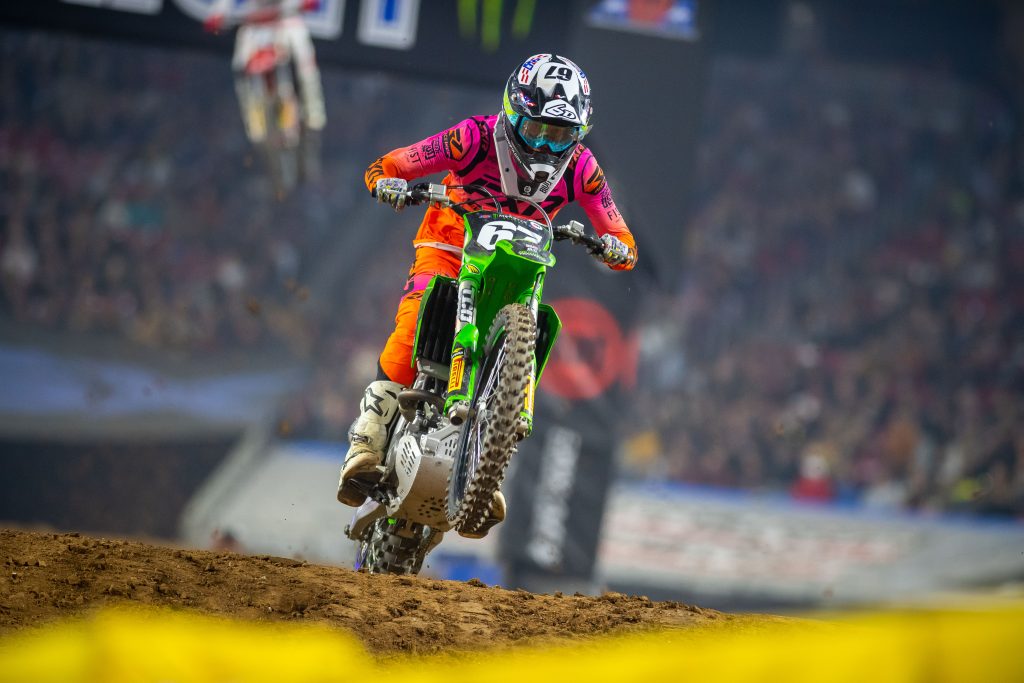 Logan Karnow: Shout out to Logan for getting it into the mains each week and doing it on his own with his buddy from Connecticut. Karnow has sick style and is a fun dude to be around! Oh what ever happened to his ex chic? She was something else!