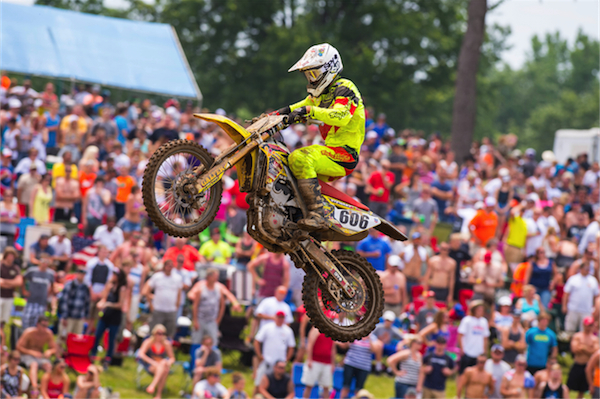 The “Candyman”, aka Ronnie Stewart #606, has been having a breakout season.

The “Candyman”, aka Ronnie Stewart #606, has been having a breakout season.

Consistently holeshoting SX LCQ’s this season, and qualifying for several main events, Ronnie Stewart became a familiar name on the TV broadcasts.  Long before he was known as the Candyman, I made several attempts to feature Ronnie in some of my articles last season (no success was accomplished).  With most of my “research” relying on what I find on Google or by stalking riders’ social media, Ronnie proved to be more or less impossible to write about.

I ranted to anyone that would listen about my frustration with his lack of self-promoting.  No doubt sick of my complaining, someone finally got me in touch with Ronnie.  After interviewing him last year, I smoked a cigarette and sipped on cheap bourbon, content with my conquest, which you will go read here: http://pulpmx.com/stories/27-minutes-46-seconds-ronnie-stewart.  Although he’s a privateer, in every sense of the word the Candyman has carried his momentum outdoors with consistent finishes.  I got in touch with him to catch up about his newfound popularity and success.

Thanks for reading please email jasonw@racerxill.comwith any compliments and complaints, he is also happy to provide you with the TV schedule for when the race will be aired in your area.