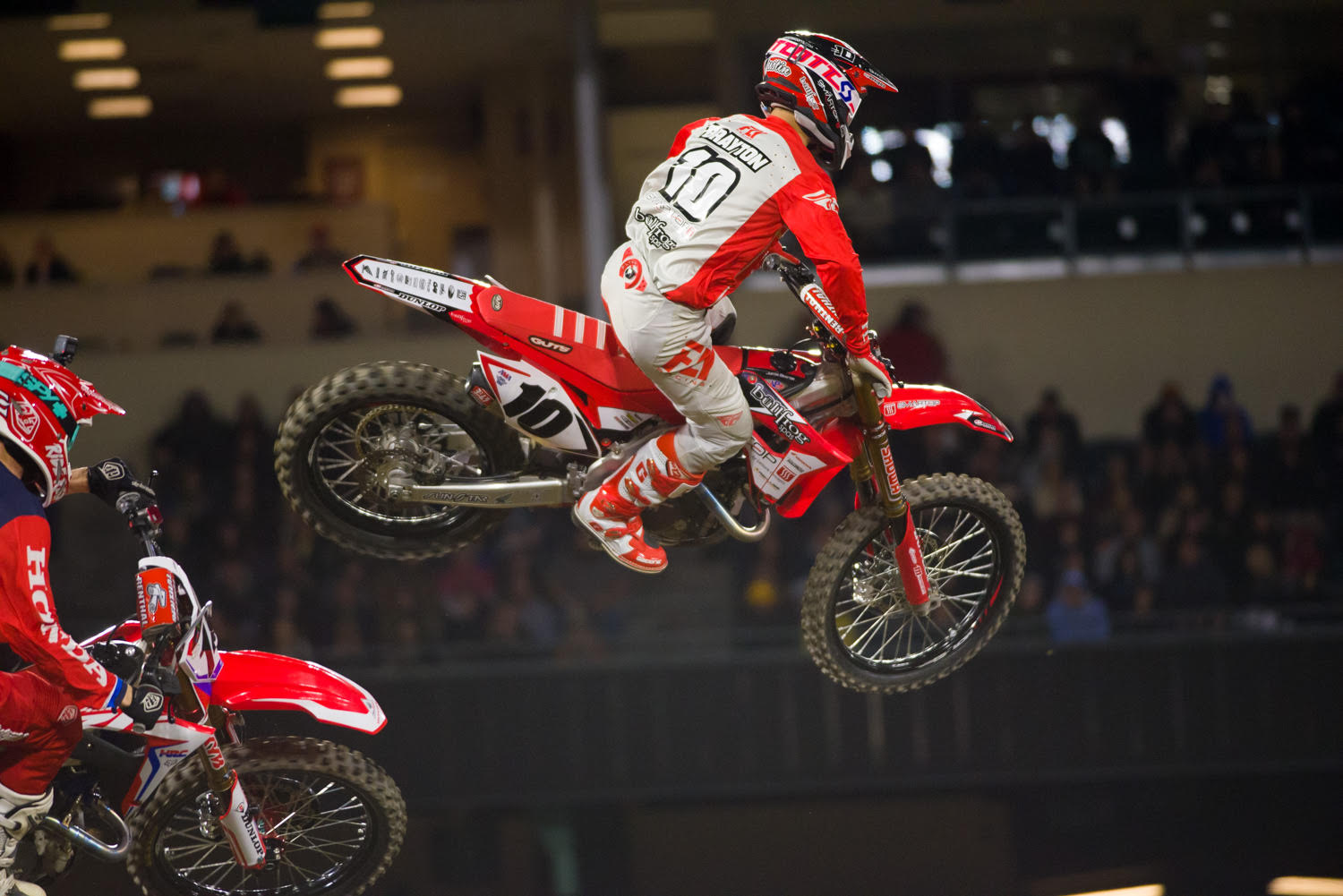 Pulpmx Show: The 450 guys in the press conference, nobody liked this format. They said it was okay, but do not bring this in for all rounds. No way possible. No way, Jose. What are your thoughts on it? How did you think it went? Never mind your race, just in general.

Justin Brayton: I could totally see where they’re saying that because it is so intense and there’s so many things that could potentially go wrong, but on the flip side of that, I think of it being from a fan’s point of view as well. And when I’m done racing and I’m 45 sitting at home watching the race, I would absolutely 100% want it to be this format. I just think as a racer, we would just get used to it. Yeah, there’s more starts. There’s more chances to go down. But if I went down in the first one, I still got two chances. It’s not just the main event. If I go down the first turn, then the best I’m going to do on the night is maybe get back to fifth or sixth or seventh or something like that. If I go down in a regular, 20-minute main, you’re going to be lucky to come back to maybe even tenth now.

But if you were to go down in the first one say this weekend and you get a 15th, you still have two more chances to make it up and maybe you get a better overall than you would have in the 20-minuter. So I don’t know. I think it’s the same for everybody. You’ve got to be on your game all three of them. You’ve got to get good starts. You’ve got to execute the whole day, even from practice, qualifying. You’ve got to get a good gate pick for the night. I liked it personally, but I wish they… I don’t want to go on a track rant, but I think making the track that easy, it was bad. It was really bad.

Yeah, but not when the whoops are already built on Friday and then late Friday night one of the track builders gets a phone call and says, you got to cut them down. That’s not for amateur day.

I was down Friday and I watched prep and the whoops looked good. They didn’t look super difficult, but they actually looked good and big and round and safe, and it would separate some guys. Then we show up on track walk and they’re cut down like it was already amateur day, which is kind of a bummer. I understand where they maybe want to make it even for everybody, but I think it’s supercross. We’re the best guys and the teams spend a lot of money to develop the bikes and suspension and all that. Challenge us with some tough stuff.