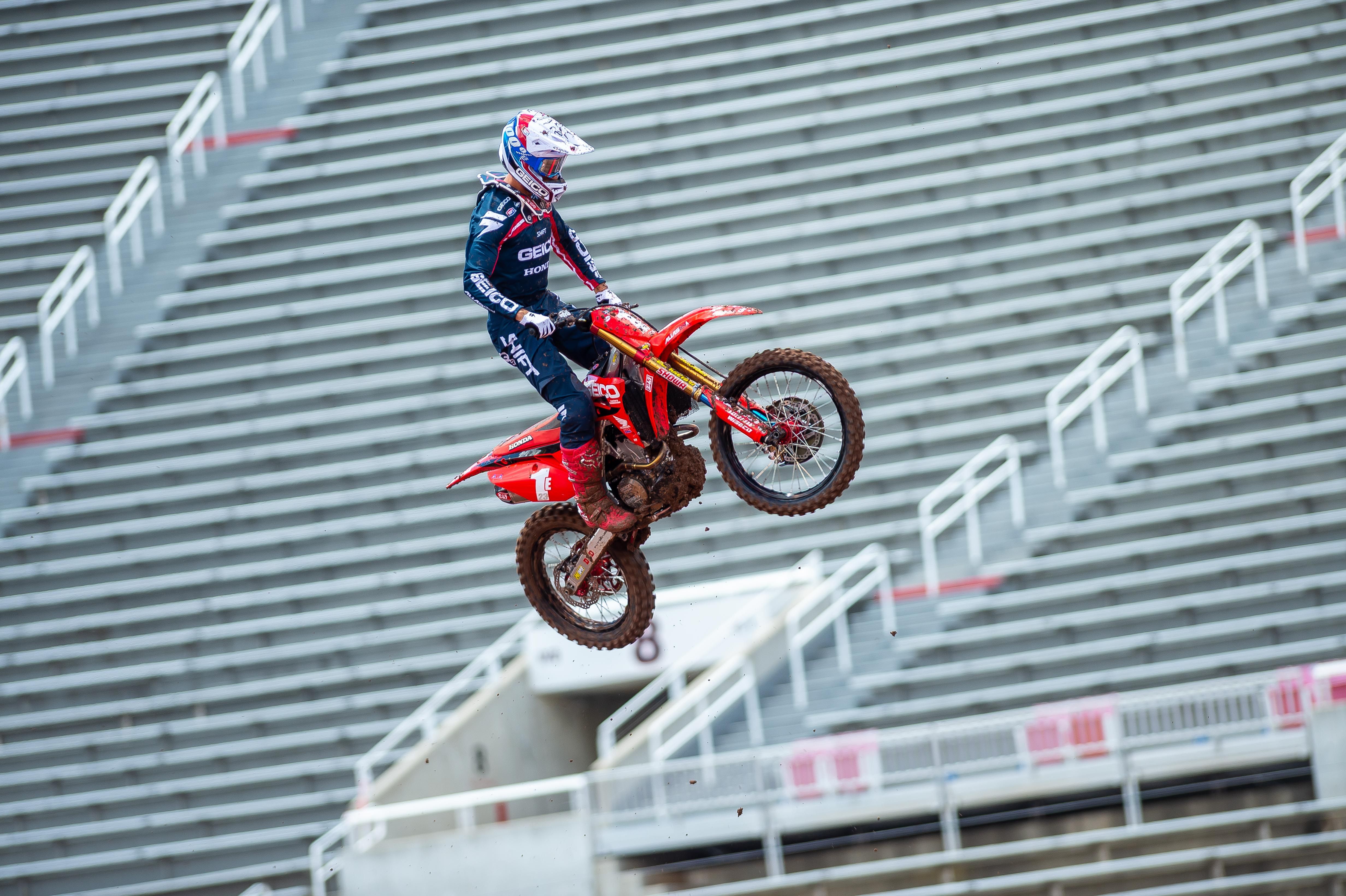 Wow, what a fantastic 2020 Supercross Season! Kudos to Feld and everyone involved in making the final seven rounds of racing possible. Thank you to Travis, Dan, Paul, JT, and Steve for a great, glitch-free season of PulpMX Fantasy! Also, congratulations to Dylan Ferrandis, Chase Sexton, and Eli Tomac. Titles are never easily won, and this year was certainly no exception.

Speaking of champions, we have a new PulpMX Fantasy League Champion! Congratulations to MXCoryJ!

Cory jumped from second to first overall when it counted, in the final round of the season. With this crown comes a fantastic prize, a brand new YZ450F. Cory had an amazing fantasy season, scoring 4096 total points, he averaged 240.9 points per week! Cory’s highest score was 344, and the lowest was 161 (Glendale). A couple of interesting things to note about Cory’s championship run, his first three rounds he was ranked 757, 23, and then 6635 at A2. Despite the horrible third round, he put things together and went on a consistent run. His highest weekly finish in the remaining 14 rounds was 94th at Glendale, and his worst was the following week, 2788 at Oakland.

Cory didn’t choose FFL’s at any of the final seven SLC rounds, with no FFL picks at all, going back to Arlington!

Second Place – Dirt Dreams Vacation! Congratulation to Willy! If you think you had some bad weeks, try being in first place overall heading into the final round and putting up a 166 point score, allowing Cory, who scored 181 to take the championship by only 7 points. How close was it? The average weekly score between the top-two was only .4 points different.

Willy had a horrible round 7. He was bit hard by three riders, as Hunter Lawrence, Blake Baggett, and Marty Davalos scored a total of only 15 points. Ouch! We noted that Cory didn’t pick FFL’s at all in SLC, not so much with Willy, who chose them for all seven rounds, netting +12 points total. Willy selected his championship week team just like he chose the rest. He picked McElrath and Cooper Webb as FFL for -14 points. If the 250s didn’t restart, Willy would have taken the overall championship by 1 point. That’s plain unlucky and that my friends, is fantasy.

Regardless of the unfortunate last round, Willy had a fantastic season overall, scoring 4089 points, or 240.5 points on average, per week. I’m sure he will enjoy the Dirt Dreams vacation!

Week 7 winner – Annasteenland! Congratulations to Anna on taking down the overall for Round 7-17 and a Dylan Ferrandis jersey with an incredible 271 point score. Anna’s 250 squad was led by Michael Mosiman – 42 points, and Jett Lawrence with 36 points. She also selected Christian Craig – 30 points and Joe Shimoda as her all-star for 26 perfect points.

Keys to winning! It was pretty simple for Round 7-17. Don’t pick FFL’s and don’t pick Hunter Lawrence or Martin Davalos, both of whom had less than stellar race days. Martin was only able to score 7-points at a 36.7% pick trend, with Hunter scoring zero via his DNQ at a massive 56.2% pick trend.

We will be back in about a month for the great outdoors!

If you have any questions or comments, please hit me up on Twitter.@msweeneyphoto.