For this edition of Classic Ink, we are going to take a look back at the ads for Suzuki’s awesome all-new RM lineup for 1976. 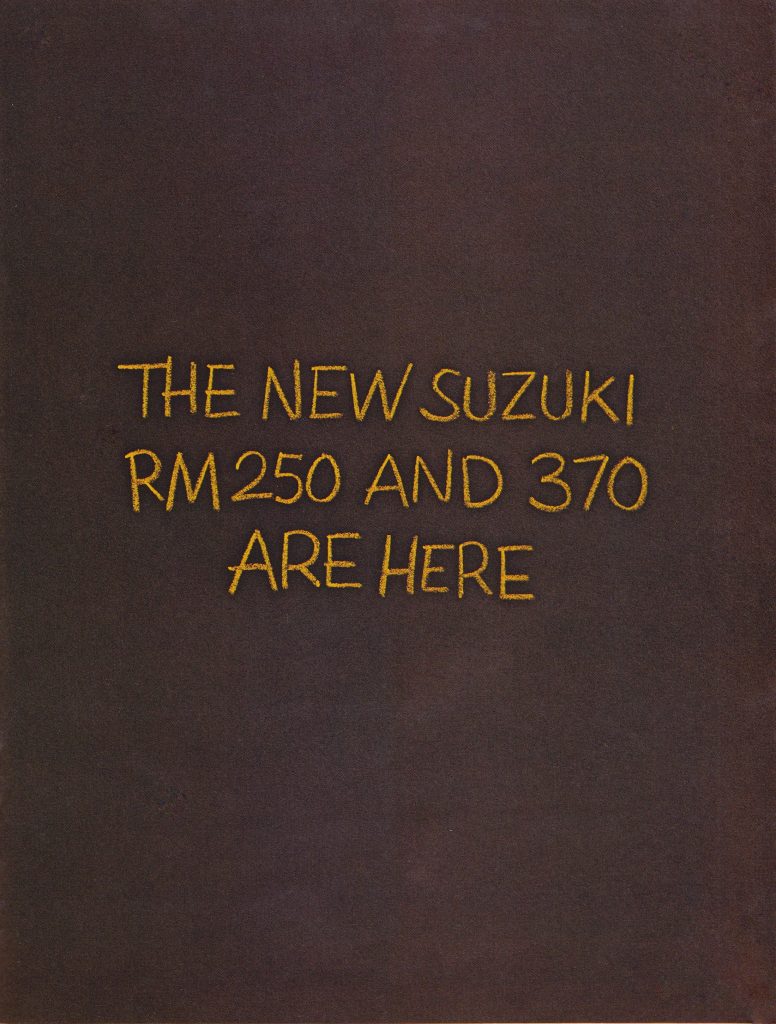 Simple and to the point, Suzuki went with a clever school chalkboard vibe with their ads in 1976

I have often said I miss the days of clever print ads and the 1970s offered some of the best. At the time, the magazines were the only real way to get the message out about all your new motocross innovations and the manufacturers put a good bit of time and creativity into capturing a prospective buyer’s attention. 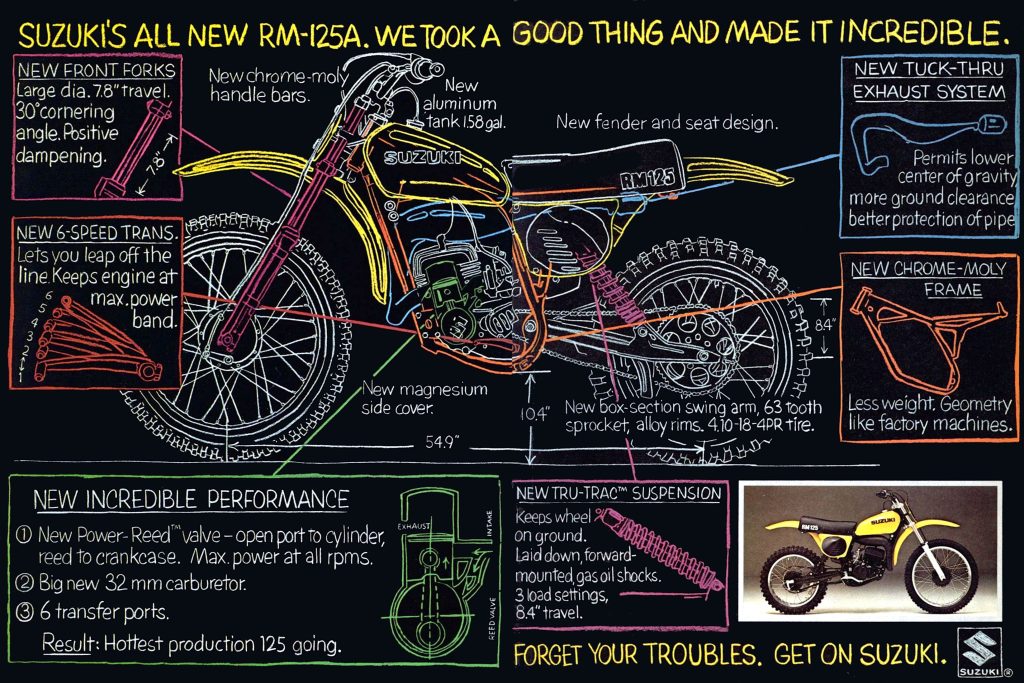 For its second year in production, the RM125 got a big boost in power, an “up” pipe, and an additional gear for the transmission. Add in a beefy new frame and long-travel suspension and you have a machine that was the class of the ’76 125 field.

In 1976, some of the biggest news in the motocross industry was coming from Suzuki with the introduction of their all-new RM250A and RM370A. In 1975, they introduced the RM125 to great renown and in ’76 the team from Hamamatsu brought online its bigger brothers. At the time, Suzuki had been incredibly successful on the professional circuit, but this success did not always translate to the performance of their showroom machines. The TM125 Challenger made a pretty decent entry-level racer, but the TM250 Champion and TM400 Cyclone were not nearly as well regarded. With the introduction of the RM line, this changed overnight. Light, fast, and incredibly capable, the RMs were true “works replicas” with performance to back up their factory bike looks. 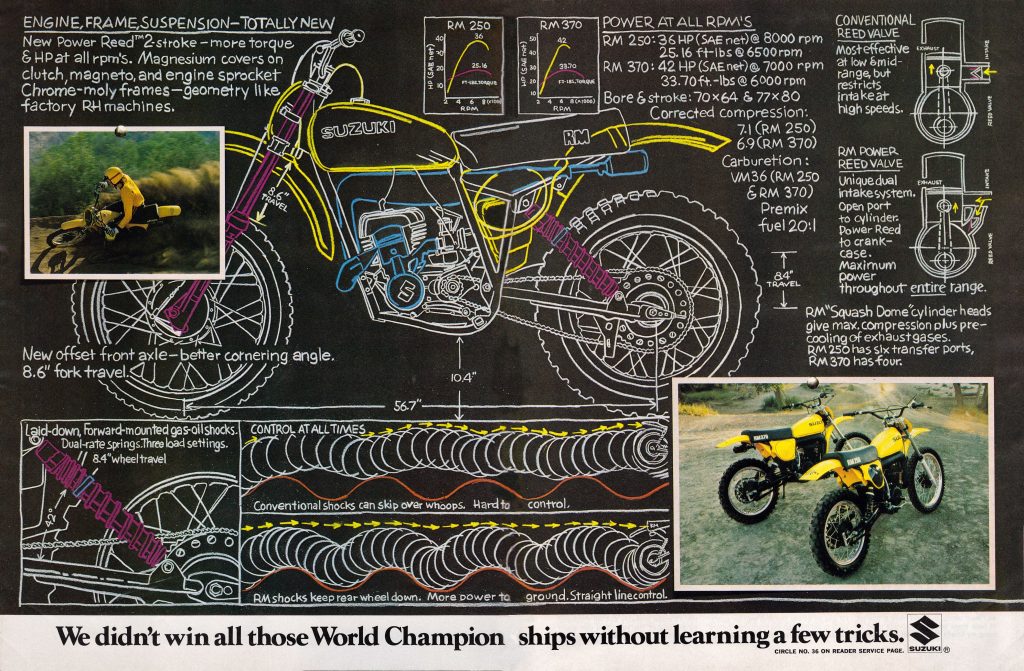 Suzuki’s new semi-case-reed “Power-Reed” intake was high-tech stuff in 1976. It aimed to give the RM’s a wider powerband by combining the advantages of a piston-port and reed-valve intake into one design. While the Tru-Trac rear suspension was quite effective at following the terrain, it is interesting that the ad illustrates the technique of “blitzing” whoops well over a decade before this would become commonplace at the professional level.

With these ads for the new RMs Suzuki chose to go with a school vibe that appeared to have been drawn on a chalkboard. This gave these ads a very unique look and one could envision a professor diagraming the advantages of the new Tru-Trac long-travel suspension for a class of enthralled motocross hopefuls. I love this decision as it allowed Suzuki to creatively illustrate all the new technology they packed into the RMs for 1976, and oh boy, was there a lot to crow about. The all-new Power-Reed motors boosted horsepower and torque, while the new chrome-moly steel frames cut weight and improved handling. The Tru-Trac suspension allowed the RMs to offer the long travel of the Yamahas without the handling quirks and fading issues inherent to the Monoshock design. All three machines were class leaders and real game-changers at the time. With their great suspension, easy-to-use motors, and solid handling the RMs immediately became the bikes to beat in their respective classes. In 1976, class was in session and Suzuki was doing the teaching.