RIP Prince. We Hardly Knew Ya. 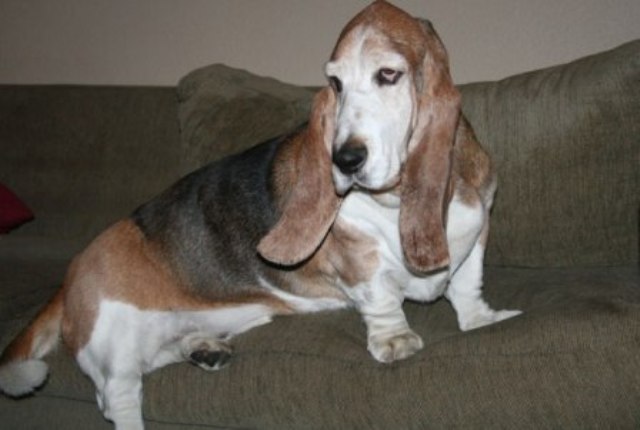 If you want to make a donation in memory of "Purple Rain" Prince, click HERE. But either way, it’s cool.

If you want to make a donation in memory of "Purple Rain" Prince, click HERE. But either way, it’s cool.

The thing is that out of our four dogs, Prince is the one we never complained about. He was the most loving and caring dog we had (not that I’m saying the other ones suck but you know, there are things that the other three do that drive us nuts). He wanted to have food, his belly rubbed and go out for walks. At the dog park there was never any problems, his motto was the same as Will Ferrell’s in the movie Semi-Pro, ELE (Everyone Love Everyone). He didn’t have the angry/mean emotion in him. That’s the truth.

He had been through so much before we even got him, he had non-cancerous tumors all over him and a softball sized one that hung off the side of him (I’m not kidding, the thing looked like a waffle-ball). He went through two or three surgeries to have all those removed and then he was ready for adoption. He would’ve made a great dog for anyone, as long as you didn’t mind him telling you when he was hungry and the fact that as much water as he drank, the same amount drooled onto your floor. His skin drooped around his feet so much that we told him to pull his socks up every day.

One day at home whenever you stepped close to Prince, he yelped a bit. It seemed weird but when you have a house full of Basset Hounds, weird things happen all the time. Then he couldn’t eat his food out of his elevated dish. He would paw at it and want it on the floor so he could reach it easier. The pain kicked in the next day or two and he was off to the vet for diagnosis. In the act of examining him, the vet made him worse and when my wife went to pick him up while I was in New Orleans for the race he was in real bad shape. He acted like he was drunk, he swayed side to side and couldn’t walk more than three or four feet before falling down. Prince was not in good shape.

Back to the vet he went and after more thorough exams, a disc problem in his neck was the culprit. Something Bassets are known for but sometimes is treatable with medication and crating. As a matter of fact our Beagle/Basset named Buddy went through some real bad times a year or two back but is now back to his loner, all-I-want-to-do-is-eat-squeaky-toys self. We were hoping this was going to be the case for our Prince (and btw, we did not name him Prince. I was never a fan of the name but when he howled sometimes it did seem like he was asking us if doves cried) but unfortunately he went downhill fast after that and soon, he couldn’t really walk at all. This was Toronto sx weekend and my thoughts that day were with our eight year old hound that was really struggling.

But the little guy just wouldn’t quit. He wasn’t going to go down like this and we got a report from the vet that the guy was trying to walk, he was up and getting around a little. One thing about Prince was that he was the most vocal dog ever. If I would’ve come home one day and he said “How’s it going, can I eat?” in perfect english, I wouldn’t have been surprised. He was always vocalizing his feelings with different Chewbacca-like sounds. So anyways, the vets discovered that he really didn’t like being in a cage and howled and made so much of a fuss, they eventually just laid him out in the big room they have there. He was on a pillow and chillaxin with some attempts at walking here and there. We saw him three times, each time bringing him some of his treats and he would lick our faces and one time, he even tried to get up.

After that promising call from the vet, once more disaster struck and the next day when Angie went to go see the progress (Jacksonville sx weekend) he had taken a turn for the worse. The pain racked his body and he had to become heavily medicated. The decision was made by the lady that runs the rescue and the doctors. The surgery was gnarly and the specialists that were called in didn’t think he had a chance to make it through but if he somehow did (and I KNOW he would’ve) the prognosis was that he had less than 10% chance to walk. He was going to have to go to that big comfy couch in the sky. There was no viable option and trust me when I say I asked a ton of questions (because after all, Buddy had kind of gone through the same things).

It happened this morning.

They wheeled Princy in and he wasn’t really there, the meds were in full effect and he was in comfort. Because of the medicine, his lip was curled up and his teeth were showing which was ironic in that in his last moments he was looking meaner than he ever had in his life. We watched the Dr administer the drugs and that was it, he was gone shortly after. I’m not going to deny it was tough, real tough. My wife and I don’t have kids and aren’t planning to so these dogs are everything to us. They are just like our kids…only furrier and can’t use the remote. If anyone is reading this that has dogs, then you understand.

So he’s gone and I like to think that the last year of his life was probably the best one for him. Lots of walks, lots of wieners smelled at the dog park, treats galore and although goofball Hank beat him to it most of the time, there were a good thirty to forty nights spent sleeping between mom and dad. He had it good and I think he appreciated it.

Thanks for coming into our lives; it was nice to know you Princy. Don’t forget to pull your socks up.

Want Some More Answers? Write me!