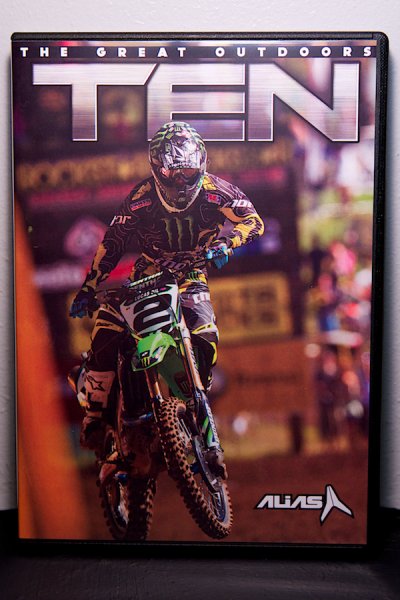 The Tenth edition of The Great Outdoors has hit shop shelves and cyber store catalogs.

The Tenth edition of The Great Outdoors has hit shop shelves and cyber store catalogs.

It’s great to see this franchise make it to it’s ten year anniversary and progress along the way. Fittingly, this years release is titled “Ten”.

The tilt-shift blurring method used extensively in 2010’s “Man the Machine” has been cut back, almost eliminated completely. Those of you who were vocal opponents of the technique can step back into the light and again watch The Great Outdoors cringe-free.

Sometimes I worry I may be transitioning to the jaded fan who frowns at the current state of the sport and looks back fondly on it’s past. One area where I often find myself contemplating this is when I watch my archives of The Great Outdoors(it’s sickening how many times I have watched every season). I rack my brain trying to pinpoint the differences between the TGO’s of old and the last few releases and I honestly can’t put my finger on why I am less excited than I was in the beginning. Filming and the edit are solid as ever and with a 450 series tighter than its been in years, Reed’s Millville crash, Dungey’s resiliency and RV’s ferocity; the story-lines are all there too. What’s missing? Nothing. It’s just a simple case of the recent years being so fresh in memory, that they don’t have that nostalgic feel yet like the 2001- 2007-ish seasons do.

It has a little to do with the Fuel series “The Moto: Inside the Outdoors”. For the last three years this series has spoiled us with compelling content months before The Great Outdoors see’s it’s release. By the time we get the most recent release of TGO, it feels more like a greatest hits compilation of the “Inside the Outdoors” series than that life saving glass of water after living for months in the moto-deprivation-desert. It’s important that we realize the relationship one has on the other because if not, we just assume that the franchise is losing its luster when that is simply not the case.

So in the end we should ask ourselves, do we prefer TGO to see a release seemingly out of thin air where we are glued to our seats and every shot, interview and story-line is shiny and new? Or, do we endorse the current model of looking forward to “Inside the Outdoors” every week on our couch, buy the season on iTunes and later get TGO as the “cliff notes” archive of the season? I honestly can’t decide which I prefer. I’ll take either because in 5 years, this season will begin forming a nostalgic crust and I’m betting it will appeal to me just as much as TGO 2006 and beyond do now.

The Worst Ads Ever