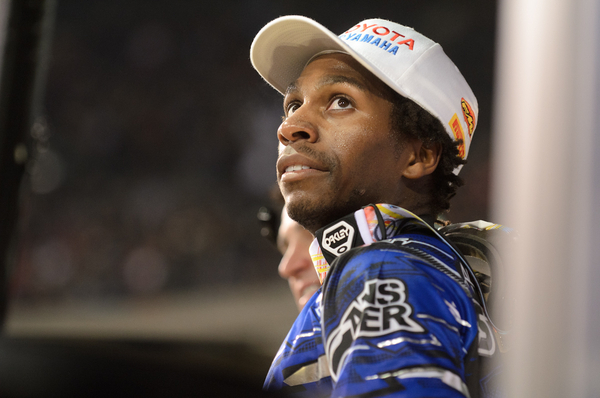 What’s going on with Yamaha and the YZ450F?

What’s going on with Yamaha and the YZ450F?

When Yamaha released their all-new backwards motor, direct EFI Yamaha YZ450F in 2010, there were more questions than answers. The bike was radically different than many others and the blue crew is to be applauded for thinking fresh and out of the box with the new bike. Yes, many of the designs had been done before (think Cannondale a few years back) but still, for a Japanese OEM to do what they did takes a major commitment.

Too bad the racing department didn’t follow suit. After countless titles and race wins, Yamaha pulled out of racing after the 2009 season and poof, just like that a race team that had employed Bob Hannah, Broc Glover, Rick Johnson, Jeff Emig, Damon Bradshaw, Chad Reed and others was gone. It was a sign of the economy and the pullback by the bean counters at Yamaha. Racing’s expensive and the company’s philosophy of not having a title sponsor at the expense of the tuning fork logo may have bitten it in the end. Jimmy Perry the team manager stayed as did Bob Oliver, the long-time motor guy and Grant Langston’s old championship-winning mechanic Dan Rambert was kept on as well. Everyone else was shown the door in a massive lay-off.

Yamaha promised to keep racing in its blood by helping out the existing teams that it already had under contract but all that really consisted of was offering to sell teams some suspension (that due to the costs no one took advantage of) and the GYTR motor mods. Even though a capable bunch of guys remained at Yamaha, one could make a case that Yamaha itself has let its teams down in the testing and R&D of the new bike. With teams like Valli Motorsports and Motoconcepts Racing riding the bike, there wasn’t much backbone support there to try and make the machine better.

Yeah, James Stewart rode blue but his own team (L&M) was supposed to work with Yamaha in charge of developing the bike and trying to make it the best it can be. And at times, it was a contentious relationship with the factory as it strived to make Stewart happy. People at L&M have told me they would ask for help and basically be told that it was the riders fault. The JGR Yamaha squad took responsibility for making it’s own development program for the motorcycle and were so unhappy with the terms and help from Yamaha they developed their own suspension from the ground up. JRI provides the shocks for their team and Showa forks adjourn the front of their bikes. JGR has gone its own way in trying to make the radical bike work for its racers.

The racers that first year on the bikes were James Stewart (crashed out early), Ivan Tedesco (one podium but crashed out of the series, Josh Grant (crashed out), Michael Byrne (struggled to match his previous rides), Justin Brayton (did about the same on the new bike as he did on the old bike) and Ryan Sipes and Kyle Chisholm (who both did pretty well on the bike outdoors). In speaking to riders, no one seemed very happy with the bike and a lot of them ran into the same problem. When you added horsepower to the machine, the handling went away. Get the handling correct and the bike was too slow in stock form. There hasn’t been a bike as hotly debated within the pits as the Yamaha in, well, ever since I could remember.

Contrast Yamaha with Honda, an always-powerful racing team that although also hit hard by the economy, came out with a bike that was all-new in 2009. The 2009 CRF450 wasn’t as big of a change as the Yamaha but it was a different beast. Smaller, lighter and nimble were the buzzwords of that bike and when it came out, it wasn’t very liked either. The factory riders were Ivan Tedesco, Davi Millsaps and Andrew Short and they were accompanied by a lot of privateer racers. And almost universally the verdict on that bike was the fact that Honda really messed up what everyone said the year before was the best bike. The riders results almost all suffered across the board (except for Short) and there were so many hints dropped at press conferences and media interviews about the bike not working, it didn’t take Sherlock Holmes to know that no one was happy (well, Short was probably happy but he’s always happy.) Twitchy, on/off power and a front end that made you feel like you were going over the bars were some of the complaints.

But a funny thing happened to the 2009 CRF 450 on its way to the scrap pile. Honda started to figure it out. At the end of that season, the red crew finally got some telemetry on the bike (the sensors, equipment and knowledge of setting a bike up to record it’s every move is incredible and with a new model comes new sensors, hence the wait for Honda) and realized that a lot of moves it was making with its riders during the year were in the wrong direction. According to people at Honda, it was this equipment and the hard work of test rider Jeremy McGrath that really started getting the ball rolling on that model. It was a case of a factory figuring out a motorcycle inside and out at the highest levels and making the bike work much better.

The production bike has gotten much better due to some of the racing departments input and no longer does the Honda bring up the rear in the magazine shootouts. The AMA-implemented production bike rule brought into effect in 1986 has many critics but even those people have to admit the production bikes have gotten better as a result of production-based racing. Yeah, Short, Millsaps, McGrath are the 1% of the people who ride bikes but their input can greatly help out the 99% out there.

Smashcut to 2012 and still, the Yamaha is a source of debate in the pits. The Motoconcepts Team switched brands in part because of the bad reputation of the YZ450F and lack of help from the OEM, Valli has merged with Yamaha’s 250F effort and didn’t sign anyone that was a major player to ride the bike. The factory did show a bit of initiative and start working with Valli rider Austin Stroupe but there isn’t much of a track record for Austin in the 450 class and right now, he’s currently injured. Just like he has been the last two years.

In fact at Anaheim 1 this year, there were no riders qualified that were mounted on Yamaha YZ450F’s that were not supported by a Yamaha team of some sort. That’s right, no privateer chose to suit up on the new backwards motor, direct EFI Yamaha YZ450F. Contrast with nine privateers on privateer CRF450’s. The bike, rightly or wrongly, has a stigma attached to it and at the highest levels of racing, the riders are staying away.

(And as trick and radical as the Yamaha YZ450F is, the 250F is exactly the opposite in keeping an external oil tank on the standard bike as well as a carburetor. The defenders of that bike can tell me all day long about how they can make more horsepower with a carb and have better reliability with more oil in the motor but I, and the public, aren’t buying it. Want proof? Only one, yes one, privateer qualified on for Anaheim on a Yamaha YZ250F. It seems that the 250 privateer riders don’t want anything to do with blue either.)

Yamaha’s pullback from racing has hurt them on a production level and no doubt, hurt them in bike sales. The lack of push from the factory going racing and figuring out what works on the this radically new bike has hurt them as has their lack of support in the teams that do or did choose to ride blue. The homemade tank/shroud and seat combination that JGR’s James Stewart currently has isn’t making the OEM guys very pumped as is I imagine the unique choice of suspension components that JGR has on the Yamaha. But JGR is taking the innovative choice (and has the resources to do this) of saying “If you’re not helping us, we’re going to help ourselves”. The JGR guys have also invested in telemetry equipment for the new bike and aren’t taking the standard shrug of the shoulders from the Yamaha guys as the final answer. They’re taking matters into their own hands and the results are showing on the track.

There needs to be a commitment at the highest levels of Yamaha to get back out there and support their machines so that they can get more riders on the bikes, get better results and improve the production machines.

Or I’m afraid, this could be the beginning of the end for a company that has done so much for the sport.

There Goes My Hero...