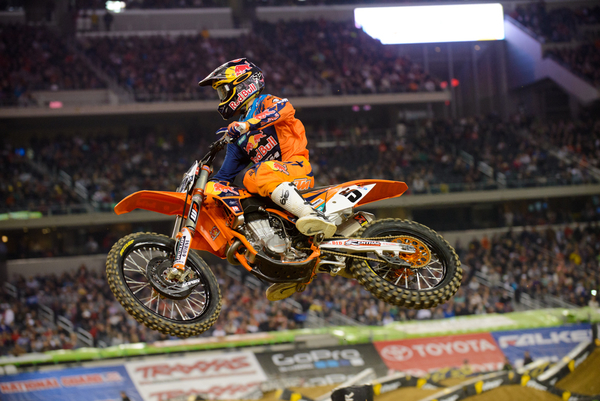 For the first time since 2008, the series headed into a cold and very snowy Minneapolis Minnesota.

For the first time since 2008, the series headed into a cold and very snowy Minneapolis Minnesota.

It’s nice to see the “midwest” get another “east coast” race. You know what other race has been off the schedule since the last time they raced in Minneapolis? That’s right, Detroit. I’m not going to grind the axe on Detroit because in all honesty, I much preferred the racing at the Silverdome in Pontiac. The double-header schedule was pretty crazy by todays standards. We always hear about how stubborn the teams are when it comes to Feld wanting to implement changes; can you imagine the friction if Feld attempted to re-introduce a Saturday night race followed by a Sunday afternoon race now?! As a fan, I think it would bring an awesomely intriguing twist into the series. I’m a logical person though, so I won’t be holding my breath to see it anytime soon.

The last time the series visited the Mall of America, I mean, the Metrodome the indoor series looked very different, though oddly falls inline with many things we saw this year and also what we may be seeing in a few short weeks. I’ll hit on that last point first. You see, 2008 was the birth year of the “J-Law in Dungey’s head” theory. Remember J-law started the series strong but scored no points in round 3. Following that wake up call, J-Law railed off 3 straight W’s followed by 2 2nd place finishes to obtain the title, all the while Dungey was floundering from round 4 through round 7. If you don’t have the 2008 Bar to Bar DVD (well if you don’t have them all, your priorities are a little jacked up), maybe you don’t remember the peculiarity of Dungey’s races in those rounds. It was like watching Wyle E Coyote continually get the anvil dropped on him in a Looney Tune. He would make the most absurd mistakes, one on top of another, even the casual fan would wonder what the hell was going on. “Brandon’s First Race” is how some refer to this 4 race stretch in 2008 for Dungey… (ok maybe that’s too far but you see my point). So anyway, yeah, I digress. So it’s 2008 and no, J-Law isn’t racing the Metrodome because he was racing the west coast series but he was racing nonetheless; and now as we near Hangtown 2013, J-Law is planning to return to the sport after an extended hiatus. That’s parallel one.

The second parallel involves one of two very inspiring rides. Hometown hero, Ryan Dungey stepped up to the 450 class in 2008 as an attempt to clear his head from all those anvil drops he suffered while J-Law capitalized when the West Coast SX2 (oops how’d that get in there?) series egged along. It worked for him in a big way as he finished 2nd in Minneapolis and when the West Coast series resumed, he won convincingly; even though the damage was done and it was too late to reel the title back in from J-Law. This year in Minneapolis, you just knew Dungey was going to be good. For the last few weeks I’ve been writing that Dungey is without question riding faster than he ever has. I’ve also written many times about the “Sponge” theory that Roger DeCoster expressed a few years back. Then there is also the magical X-factor of the “home-race”. It’s not just smoke and mirrors and you don’t have to agree with me, it’s fact. Even The King, Jeremy McGrath has stated that it’s real. It was in the CBS special “Four Legends”. He was talking about the race when Jeff Emig defeated him, ending “the Streak” at his home race in St.Louis in 1996 and he used the phrase “he had Super Powers that night because it was his home race”. Ok, so “super-powers” is a little cheesy as far as racing terms go but the effect is the same. Ryan Dungey was in his home stadium where it sounded like every seat was filled, not with Dungey supporters but Dungey’s actual family members. Nearly 65,000 of them. I don’t doubt for a second that that type of support can absolutely create an auxiliary source of inspiration, fight and ability.

There’s also the debate over whether RV gave up the spot to the Dunge in light of the Championship, in an effort to avoid catastrophe. Here’s how I see it; RV’s lines weren’t as fast as Dungey’s. Dungey got by RV with 3 laps to go and by the time RV picked up on which of Dungey’s lines were better, he made a run but it was too little too late. The follower always has the benefit in this case, every racer knows this. Kevin Windham says one of Chad Reed’s greatest strengths is being able to figure out what a rider is doing behind him to catch him, then he implements it to extend his lead. Maybe RV just thought his lines were good enough to keep his lead for another 3 laps? Whatever the case, with Dungey moving into 2nd in points and RV’s history late in a SX series (2011 Jacksonville/ 2012 Seattle), I find it comical that people think RV wouldn’t give it his all with three rounds to go.

The third parallel is the second inspiring ride and stellar heat race win by Josh Hill. He’s steadily gotten better as the weeks have gone on this series and the mere fact alone that he has made it this far into the series is a huge win for him when compared to the last few years of attempts to race. The road back to racing success for Josh was so much longer than any of us, Josh included, could have ever anticipated. Nerve damage, additional broken bones and straight shit-luck all did their best to make his return, and consequent success, a pipe-dream. I think back to Anaheim One 2012 when he was sitting on the gate for his heat and how bad I wanted to write about his safe, successful return to the gate. It could not have gone more wrong. He didn’t even make it through the first turn before breaking his leg, which wasn’t properly diagnosed till a few days later. He didn’t even break it in a crash, it was just smashed between frame rails. He’s missed a bunch of mains this year, ahem…fastest class ever… but with one heat-race win in Minneapolis; where he won, yes you guessed it, in 2008; everything else that has happened between his backflip disaster and this heat win, is now null and void. Now is when we start tracking Josh Hill’s progress. Why? Confidence. That heat win replaced a question mark with a period in Josh’s mind regarding his confidence. Until that moment when he crossed the finish-line first, anything he has done since returning to racing was a “hope” toward the bottom-line; winning. You can’t argue with a win. Yes, even a heat-race win. When you finish first, confidence is the reward. That win brought confidence and now it also brings expectation. Hopefully the momentum continues to build for Josh and his story gets even better.