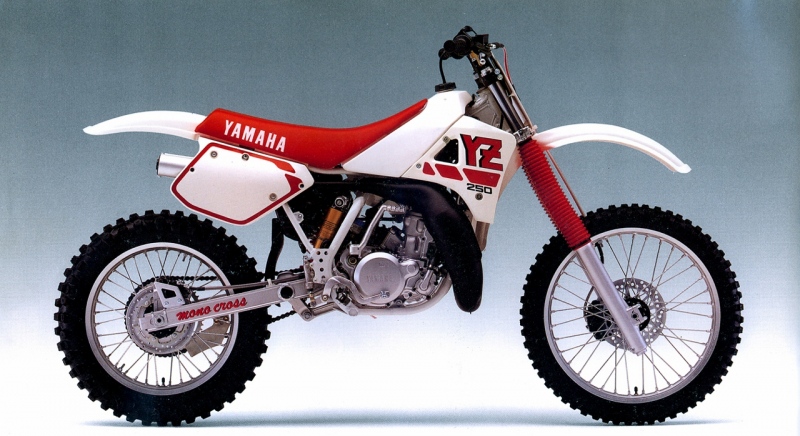 I guess we’ll do this again. After the successful #project90 rebuild we, I guess meaning I, didn’t think we’d be back at this so soon but then fate intervened. Fate in the way of a guy named Oliver. Ollie’s a Pulpmx listener, I’ve met him a few times, had some beers with him and he’s solid. Well, other than the fact he lives in Alaska and that’s sort of weird.

Oliver had a 1988 Yamaha YZ250 that he graciously offered to donate to me if I wanted to pay for shipping down here in Vegas. It was a pretty nice deal considering that before I bought #project90, I was indeed looking for an ’88 YZ250 (along with ’88 CR 250) as I’ve always thought the bike was pretty sweet. Modeled after the works YZM 500 that Yamaha bust out on everyone, it had a massive radiator shroud on one side and was a radical departure for Yamaha after years of, well, not much going on. If Oliver had offered me an ’87 YZ250, I would’ve said no thanks. But an ’88? I’m in baby!

So we’ll get started again on this project and it’s going to take me some time what with my real job going to the races and stuff but I’ve started tearing it down now. The idea is to get it back to looking brand new and race ready. To that end, the folks at Babbitt’s have agan agreed to help me with OEM parts at a good price and I’ve already started accumulating some stuff from various sponsors. So here we go, # 1 in a series of, well, I don’t really know. Enjoy!

Stay tuned for more updates in the coming weeks…