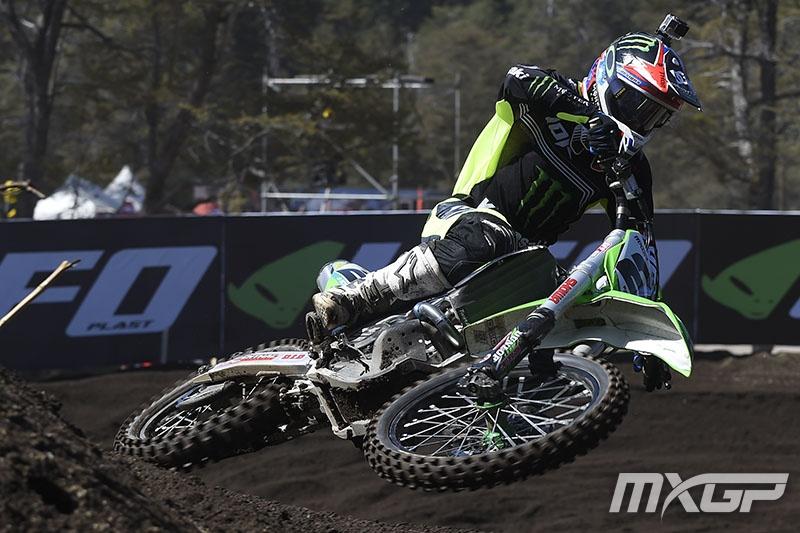 We asked for your Twitter questions for Vuillemin this week, here’s the best ones

We asked for your Twitter questions for Vuillemin this week, here’s the best ones

@DavidVuillemin DV, were you pissed at TV crew for omitting you when they listed some top riders from France during their MM piece?

Vuillemin: To be honest, I didn’t even see it live. Other than the heats and the mains in SX, the stuff in between isn’t very interesting. So I was busy watching the MXGP qualifier on my Mac while they showed the French segment. People tweeted me about it and I had no idea what they were talking about. So, I went back thru the DVR and caught the segment. I wasn’t pissed at all. They talked about the French riders with a title in the small class. I never got one and shouldn’t be featured on there. The ironic fact is that none of the French riders they featured in the segment ever won a big class SX race… Only 3 of us did. I will tell you one thing though, if you look for recognition from the industry and the media for a career like mine with 2 handfuls of wins and no titles, you gonna bummed out and pissed off very often. What I do know is that I’m the 22nd or something winningest SX rider of all time and 2nd best French rider of all time but I don’t give 2 s$%^ about getting some TV or camera time or getting blown on social media.

@DavidVuillemin do you think the fact RV is running Dunlop and all his main competitors are running Pirelli tyres is hurting him?

I really don’t think the Dunlops are the issue. It’s MX and I don’t think tires are as determinant as on a hard packed SX track. But you could have a point since the Kawi team is struggling as well as the Honda factory team which are both using Dunlops. To be honest, I think the tires are the least of RV and Paulin’s issues right now.

@DavidVuillemin Boring races again last week end, are you on the Matthes bandwagon about trying something new(format, tracks…)?

I’d like to see something new but you don’t want to have Supercross turn into a circus. Everyone has an opinion to make it better but I am not sure if anything would make it better. What’s boring for me is riders not being able to race at their speed for 20 laps, riders that are always crashing, riders that aren’t able to get a start for years, riders that say they’ve never worked that hard but can’t finish a race, riders that win 2 seconds a lap on their new bikes but don’t improve their results. The bottom line is that if most of the riders were doing the right homework and were prepared the right way, SX wouldn’t be as boring today.

@DavidVuillemin we often hear of riders complaint about tracks. What are some of your favorite tracks throughout the years?

Tracks are the same for everyone and you never hear the winner say the track sucked. At this level, you need to be able to adapt to any track and perform. Look at Dungey, I am sure there are tracks this season he didn’t really like but he was on the podium 12 times out of 13 races. I’ve always enjoyed SX tracks with long lanes and 180 degrees turns because it makes for better racing. It’s why I’ve always liked tracks in football stadiums instead of baseball style tracks. I thought the last 2 races in Detroit and St Louis- the tracks were actually pretty good. My favorite tracks through the years were at Qualcomm stadium in San Diego but I am biased because I won twice there.

@DavidVuillemin With the recent dominance of KTM, will other manufactures step up and make “factory edition” bikes?

I don’t think KTM dominates. I see it as riders, ironically, riding a KTM that dominate the SX/MX world and they would dominate the same way if they were on any other bikes in similar factory or factory supported teams. Marvin, Dungey and Herlings would win on any other factory bikes because they’re the better riders of their class. As of making factory edition bikes, it’s KTM’s way around the “production rule” to race their newer models and being able to race factory bikes in a championship where factory bikes and next year’s models aren’t allowed to be raced.

Other manufactures’ factory bikes are also very different from the stock bike you can buy at the dealership. I also don’t think it’s a great business move to make “factory edition” bikes because it’s such a niche market with a small production. Again, just a big enough production to stay in the AMA production rule.

@DavidVuillemin I go between JM6 being tough mentally to WTF did he just do?  How hard is it to stay in the game each week?

I’ve talked about it in previous columns and I don’t get the mental toughness side of things. JM tries hard, doesn’t give up and he’s ready physically. He showed that to us at the race he won this year. You can have all the mental toughness you can but if you’re not on point in speed, technique and fitness, it won’t help you. In JM’s case, he’s still a rough diamond. He needs to be polished a bit more to be as good as a Musquin for example. That will come by improving his technique and making smarter race decisions. When you’re trying to compensate your (even small like JM) lack of technique and skills by a never give up attitude, keeping it wide open and see what happens, you will make mistakes and be inconsistent. When you see the successful riders these days, they are very good technically and ride at 90% to keep a 10% safety margin. When you ride at 100% with no margin of safety with less technique, you end up making mistakes.

@DavidVuillemin – How fast will Marvin Musquin be on the 450 next year?

Lots of people can be fast on a 450 but not many can perform and be consistent for 17 races on a 450. What I like about Marvin is that he has great riding technique and his weakness in 250 will be an advantage in 450. Marvin dominates the 250’s without riding a 250 at his full potential. He could be even faster if he was more aggressive and riding his bike higher in the RPMs where the power of those bikes is. But this style of riding will be very efficient on a 450 and his adaptation of the bigger bike will be smooth and quick in my opinion. Marvin will have to work on his aggressiveness, not in his riding style but in battles with other riders in 450 and he should be fine.

He’s a bit too nice on the track right now to battle with a Tomac or a Canard for exemple but this will come naturally. I liked what I saw from him in the first lap in the main in St Louis. He was aggressive right away to pass Martin which we haven’t seen him a lot lately. Also, Marvin is older and wiser than most 450 rookies. He’s Dungey’s age, has a lot of experience, will be mature for a 450 rookie and I don’t think he’ll make too many rookie mistakes. I see him as a Seely but better.

@DavidVuillemin what did he think about RV’s setup in Patagonia? Does he approve?

His set-up looked way better to me. Plusher suspension and a way more balanced bike. It didn’t look like he was racing a chopper there. But my sources say that he hated his bike set-up there, which could be understandable. He’s not used to riding with a bike like that. When you change your bike drastically like he did, you also have to change your riding and your lines. His new bike set-up will allow him to do things he wasn’t able to do on a chopper. Like, taking like inside lines and make the track shorter. When you have a very hard front end and very low rear end, it’s very difficult (and slower) to ride the shallow inside ruts. If the forks don’t dive, the center of gravity is too high and you can’t be efficient riding in the insides. The new set up he has will allow him to do all of that. The problem in Argentina is that he kept his usual wide lines and outsides without taking advantage of what his new set up would allow him to do. I would advise him to keep going in the direction he’s going with his new set up but try new lines.

I think watching Desalle, Cairoli and Nagl on video will help him figure out how to use his new set-up efficiently. But, it’s very difficult to do for someone that has been railing the outsides since he was on 80’s. Jason Thomas and I agreed last night on the PulpMX radio show that RV’s lines in Argentina were a bit out of hand. He was traveling so much distance compared to the 3 other guys and he finished only 4 seconds off the second moto winner on Sunday. It makes me realize that it wouldn’t be too hard to gain those 5 seconds on a 35 minute moto by changing his lines. It seems like RV needs to feel speed and have his throttle pinned open to make him believe that’s the way to ride to win. On some tracks it might be the case but it wasn’t last weekend. His entourage will need to give him some data by taking split segment times where he goes wide open outside compare to guys taking inside lines to show him it’s faster to go inside. You just have to give him proof and data to help him in line choices.

You are asking me to compare a group with a 2-time world champion, an US National champion and a 250SX East Coast champion to two guys without any hardware and a multi-time arenacross champion. On paper, I will have to go with the East Coast guys even if I think there might be more depth in the West Coast series. In reality, those guys might be closer than their resumes. I believe Webb, Bowers and Nelson can win a East Coast race but I am not sure if they could win the Championship. Webb was on a roll but the competition might not be as good as Marvin, Jeremy or Justin. We might never know who’s faster because the Las Vegas shootout isn’t a very good indicator. It’s tough to compare those guys on a 15 lap race that counts for nothing, when the titles have been awarded and two weekends before the start of the MX Nationals series. But, to answer your question straight up and in my opinion, I think the 3 East Coast guys, as a group, are faster.

BTOSports.com Observations from my couch