USGP- Do We Care? 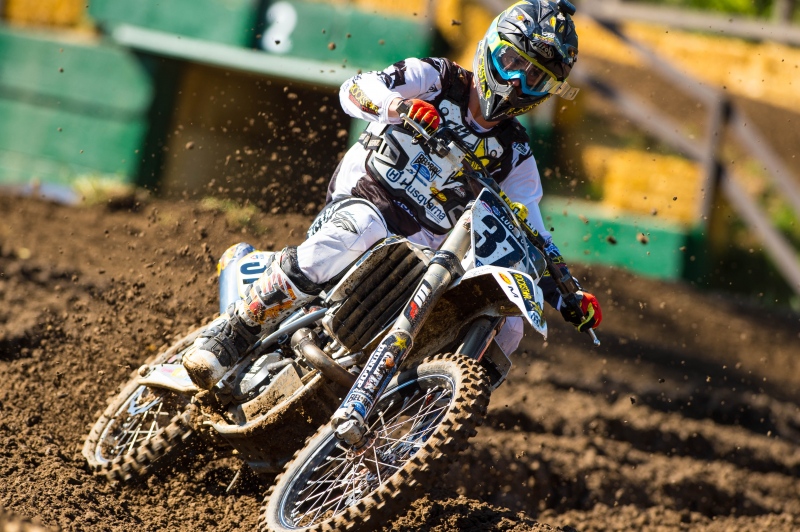 Better riders, better scheduling but is IT actually better?

Better riders, better scheduling but is IT actually better?

While we bask in the glory of the first American to win an MX2 World Championship race since Zach Osborne in 2009 (tip of the hat to Thomas Covington) we ponder what exactly has happened to the USGP?

The newest incarnation is taking this place this Sunday at Glen Helen Raceway located in Southern California and is the first USGP since Glen Helen hosted last time in 2011. Before the MXGP series came back in 2011, the world championship series hadn’t visited the USA since 1999 at Budds Creek. After holding GP races here throughout the 1970’s, 80’s and most of the 90’s, the series vacated arguably one of the strongest motorcycle racing markets in the world.  The return to America in 2011 was initially greeted with some enthusiasm but attendance was poor by USA rider standards. Holding the race early in the GP season and right before the American motocross series, it seemed that the race handicapped itself right from the start. The two years the series came back here can’t be looked at anything but a disaster in terms of attendance, US rider participation and enthusiasm. I went to both of them and was shocked at the apathy displayed there by pretty much anyone who was American. They didn’t work and really, they didn’t have a chance either with the scheduling.

Will this weekend be different? Right off the bat the date of the race is much better with it being after the American series is over. The battle between Antonio Cairoli and American Ryan Villopoto was what we were all hoping to see at this race but that’s not going to happen with the American having already announced his retirement from racing.

But American participation is better than ever with Monster Kawasaki rider Josh Grant and the Monster Pro Circuit team (or what’s left of it after injuries and surgeries have struck, we think just Chris Alldredge will be there) are confirmed. Also Roger DeCoster, the man who once brought the Americans back to the Motocross des Nations, has pledged support to the series for the teams that he oversees (Red Bull KTM and Rockstar Husqvarna) to race the USGP. So that adds Dean Wilson, Marvin Musquin (jumping up to MXGP as he’s too old for MX2), Jason Anderson and Christophe Pourcel to the mix. As well, Davi Millsaps, on the KTM-supported BTOSports KTM’s team is lining up.

A major shot to the arm for the race is the entire KTM Troy Lee Designs team is lining up in MX2. So right off the bat, it’s an improved line-up over what we saw years ago. That in itself should insure some great competition. The folks at Youthstream should be very thankful that the green claw teams over here are onboard and that DeCoster has thrown them a lifeline. Cooper Webb, him of no energy drink title sponsor that is the same as the MXGP series nor a KTM company man, is actually lining up on his accord, getting some time on the 450 Yamaha ahead of the Motocross des Nations next weekend in France.

So while there isn’t any factory Honda or Suzuki riders taking in the race there is some good American talent going to be on the line this weekend. It seems strange to me that the other two Americans joining Webb on the MXDN team isn’t racing and perhaps that makes a statement right there on the American teams feelings about this race.

In speaking with riders that are scheduled to race, there is a bit of resignation that they’re sort of being made to race but they’ll make the best of it. Since the American nationals ended, the guys have been hitting up Glen Helen on its practice days to get some time in and Wilson actually raced there a couple of days ago. So while I wouldn’t look for any rider to take any huge risks out there, it should make for some interesting racing, especially in the MX2 class which still needs a title to be determined and there’s no doubt that American riders will be in the mix for wins and podiums.

As far as the industry is concerned, there’s still not a lot of enthusiasm for this race. Twenty-nine races starting in January and ending in late August leaves a lot of people involved in the sport, be it riders, team members or media even, looking forward to the downtime. Trudging out to Glen Helen to watch some of the best riders in the world isn’t enough to get too many people excited.

Let’s hope though that the fans of the sport ARE in a position to get excited as the attendance for the last couple of USGP’s weren’t enough to pack the fences. Or even a large passenger van for that matter. The timing of the event is better, the rider list is better but in my opinion, there still isn’t anywhere near the excitement level that you would think there would be if this were twenty years ago and that’s sad. But that’s reality over here nowadays.