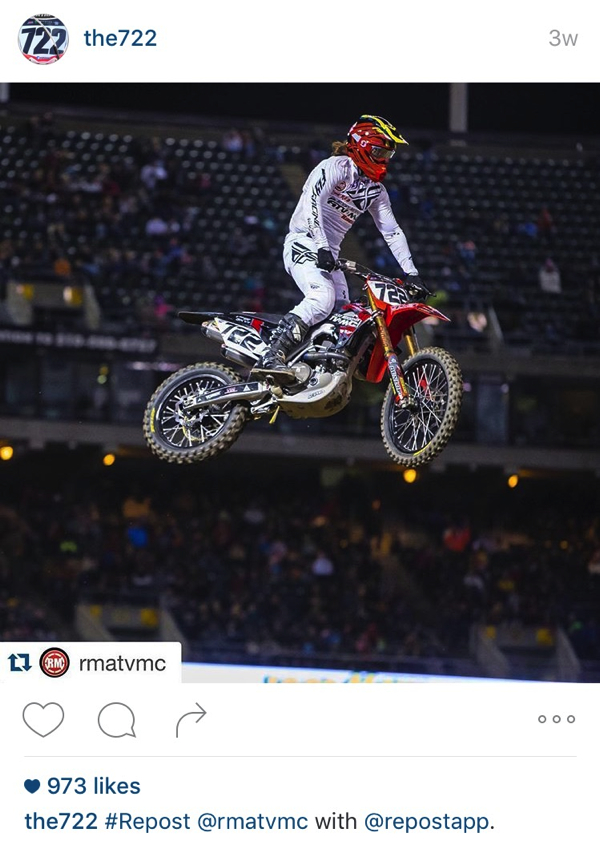 release of the HEAT 1 album from 7deucedeuce, HEAT 1, available on will be

and beyond! All proceeds from the album will get him to the starting gate for Heat 1 for

Monster Energy Supercross! Songs on the album include fresh unreleased songs such

Everyone can make a huge difference in 2017, buy this album and propel the

7deucedeuce forward to the starting line. His offseason training and preparation will be

Not only has 7deucedeuce raced at the highest levels of Supercross and Motocross,

live movie premieres across the country for MOTO 7: The Movie.

“My favorite 7deucedeuce song was “It’s LIT” until I heard “22”. Yet another banger he

came out with. I am sure this will be a “pre race pump up song” for many people.“

“The 722 is back and better than ever, if your a fan of Moto and a fan of Rap this is your

album. Deuce Deuce mixes both worlds in some of his best tracks yet.”

motocross, and being successful in it. With this new album the 722 it‘s definitely going to

turn some heads in the motocross industry and in the rap game!!!“

person! Love the music and what he’s all about.”