Time to move up? 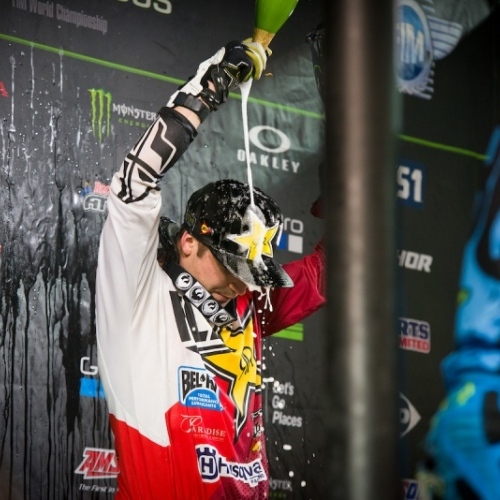 Who is pointing out of the 250 class this year?

Who is pointing out of the 250 class this year?

As in years past, the list isn’t very long and some of the eligible names on this list may surprise you. For the most part the scenario is going to be based on who actually wins each title. Next year we will probably have a different scenario because of the amount of points that a lot of the heavy hitters will have accumulated this year.When it gets to be this time of year you can begin to gauge who will be scoring enough points to point out of the 250 class. Sometimes the rules can get a little tricky and tough to figure out, but luckily for you we did the math and found out just who in fact is in danger of moving up to the 450 class in 2018.

The rule is that (as of 2007) if a rider scores over 135 points in a nine race series; over 120 points in an eight race series; or over 105 points in a seven race series in three seasons the rider points out. All of the riders below have only scored over the point threshold in a nine race series, so that makes this a bit easier. Also, this doesn’t apply this year, but a region champion may only return to defend their title if they earned their championship in their first or second season…example Cooper Webb in 2015 and 2016. We’ve got all of the seasons each rider has scored over 135 points pointed out below.

Zach Osborne
Wack-O is looking good at a 250SX East Region championship this season, which means that if he wins then he’s out no matter what. The rulebook states that if a rider wins in their third year in the class they are automatically bumped out, well this also applies for riders in the class longer than three years. However, if Osborne doesn’t win this title for some reason and still accumulates over 135 points then he can stay down another year.

Justin Hill
Guess what? You guessed it. If Hill wins this West title, which it looks like he might, then he will be in the 450 class next year. If he doesn’t win it then he will only have one more year of eligibility in the 250 class due to him scoring over the threshold in 2014 and 2017.

Aaron Plessinger
AP currently has 117 points in the 250SX West and he’s well on his way to scoring over 135. The good news for him is that he only passed the barrier last season with 164 points, which means that he will have one more season in the 250 class if he doesn’t win the title this season. If he wins the West then it will be straight to the 450 class because this is his third season.

Shane McElrath
McElrath looked really great to win the 250SX West this year, but now he sits 25 points back of Hill with 113. If he’d won then he would be a 450 guy for 2018 because it’s his third year in the class. However, McElrath has never gotten over the 135 points barrier and that means that he has at least three more seasons in the class, unless he wins a title before that.

Martin Davalos
Uh oh, Marty has 106 points and three rounds left! If he scores over 135 points this season then he will be forced up to the 450 class for the first time in his career. He went over 135 points in 2014, 2016, and he’s on his way to it this year. If he doesn’t go over this season then that means he’ll have at least one more year in the 250 class.

Christian Craig
Craig only scored over 135 points last season and right now has 51 points. He has at least two more years of eligibility, but if he wins a title he’s out.

Alex Martin
A-Mart has never scored over 135 points, which means that he has at least three more years in the class. If he wins a title then he’s out.

Colt Nichols
Nichols was the surprise of 2016 and scored 147 points. He’s got at least two more seasons in the class.

Jordon Smith
Smith has at least three more seasons in the 250 class, unless (like everybody else) he wins the title.

Adam Cianciarulo
This is only AC’s second year in 250SX and he’s never scored over 135 points in a season. He’s currently got 93 points right now, which means he could go over this season. If Adam wins the title next year he will be forced to move up, but as of now he has at least three more years in the class. If he goes over 135 by the end of the season he will have at least two more years in the class.