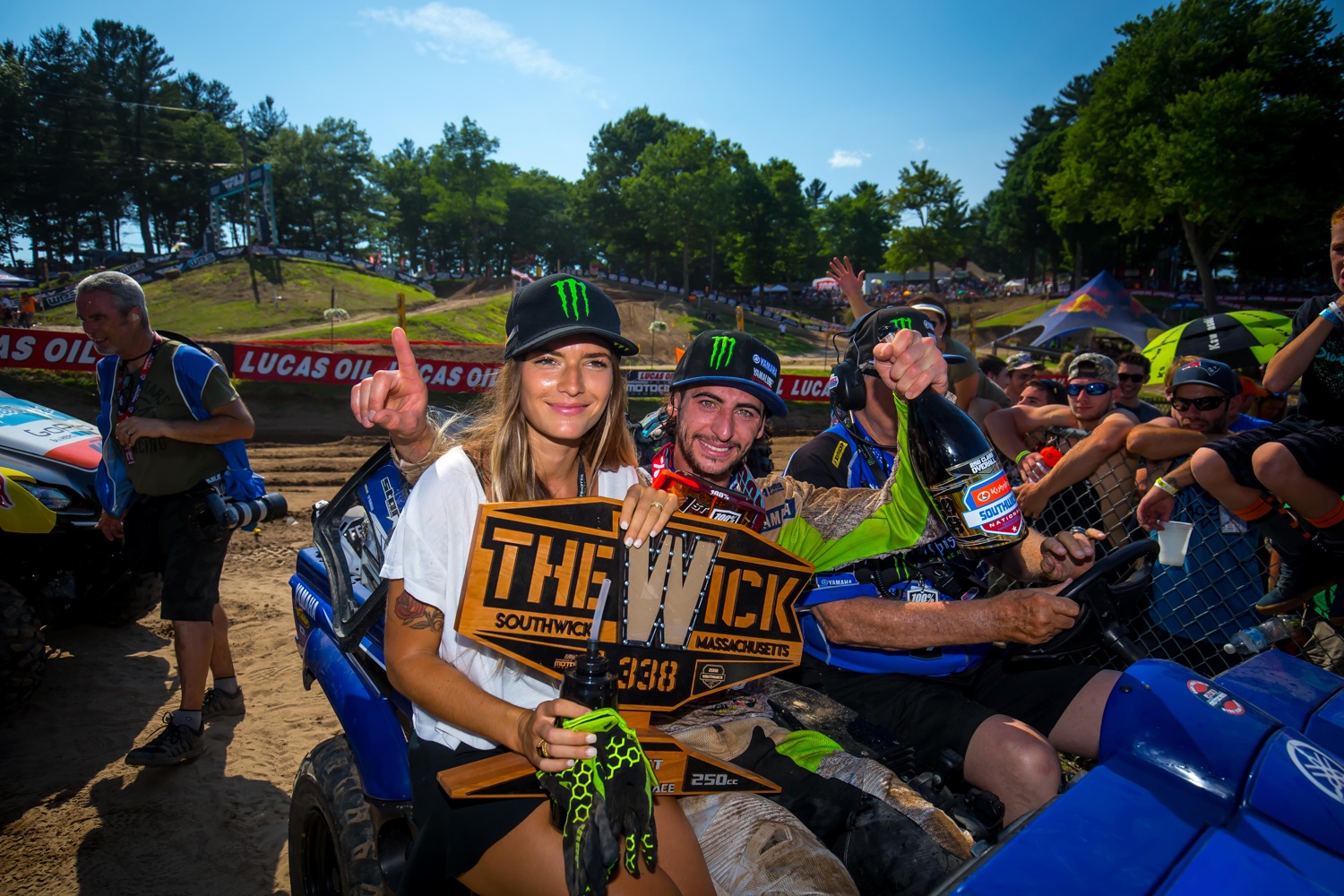 I tell ya, it’s a crazy year in the 250MX class when you can barely even give away the title.

The year started off with all the talk surrounding the injuries and vacated positions in the 450 class but as the rounds tick away, the 250 class has continued to see it’s title-hopefuls and likely’s subside one after another. First it was Adam Cianciarulo who announced in the final round of the Supercross series that he was foregoing the MX calendar to get a swivel-knee fixed back up so he could be in tip top shape for the 2019 race season and that now looks like a better decision than any of us could have imagined. Can you imagine the naysayers right about now if Adam were contesting and dominating this depleted field? Fair or not, we’d be hearing about how Adam couldn’t figure it out until the top guys were out. The asterisk-crowd would be having a field day.

A few rounds in and it was perennial title-contender Zach Osborne who uncharacteristically exited the series with a bum shoulder. What would have been Zach’s 4th consecutive 250 title in 2 years (a feat never accomplished) was abruptly put on ice at the start of the second Moto at Thunder Valley.

One would think, with the tenacious Osborne set to the sidelines, the other elite title favorites would be invigorated and pounce on the opportunity. Jeremy Martin did just that and seized the points lead at Thunder Valley when Zach was struck down but that lasted only one week before J-Mart had a bike failure in Moto 2 at High Point and at that point it was Aaron Plessinger’s turn to run the red plate and make a run at dominating this title. J-Mart bounced back in Moto 1 at Tennessee with the 25pt haul but we all saw the scary crash and obvious torment J-Mart experienced in the opening lap of the second Moto at Tennessee.

Aaron Plessinger has now held the red plate for the last three rounds despite only reaching the podium in one Moto of the last four. With the 2 biggest heavy hitters now out of the Series and Aaron Plessinger, the current red plate holder, looking less than dominant, this title really is up for grabs between really the top 6 racers. There is only a 64pt spread from first place all the way down to sixth. The inconsistency of the 250 class is at an all time high at the front of the pack for once and there really is no way of formulaically theorizing which way it could go. I’m not quite crazy enough to say that Joey Savatgy could still have a run at this thing but that’s mostly because his year has been scarily inconsistent.

Honestly, watching Dylan Ferrandis since he’s made his way back to the starting gate following that nasty Supercross crash, I think the guys who are still in this title fight are lucky that he was the late addition. He’s been one of the rare instances of a racer returning from injury and looking like they haven’t missed a step. He’s not racing himself into shape or getting accustomed to the intensity; he’s simply manning up and hauling balls. I can’t wait to see how Dylan upsets this title and for all the craziness and unpredictability, Ferrandis playing spoiler and stealing wins along the way is the one thing I’d put money on.

Enjoy it people, this is going to get even more interesting!