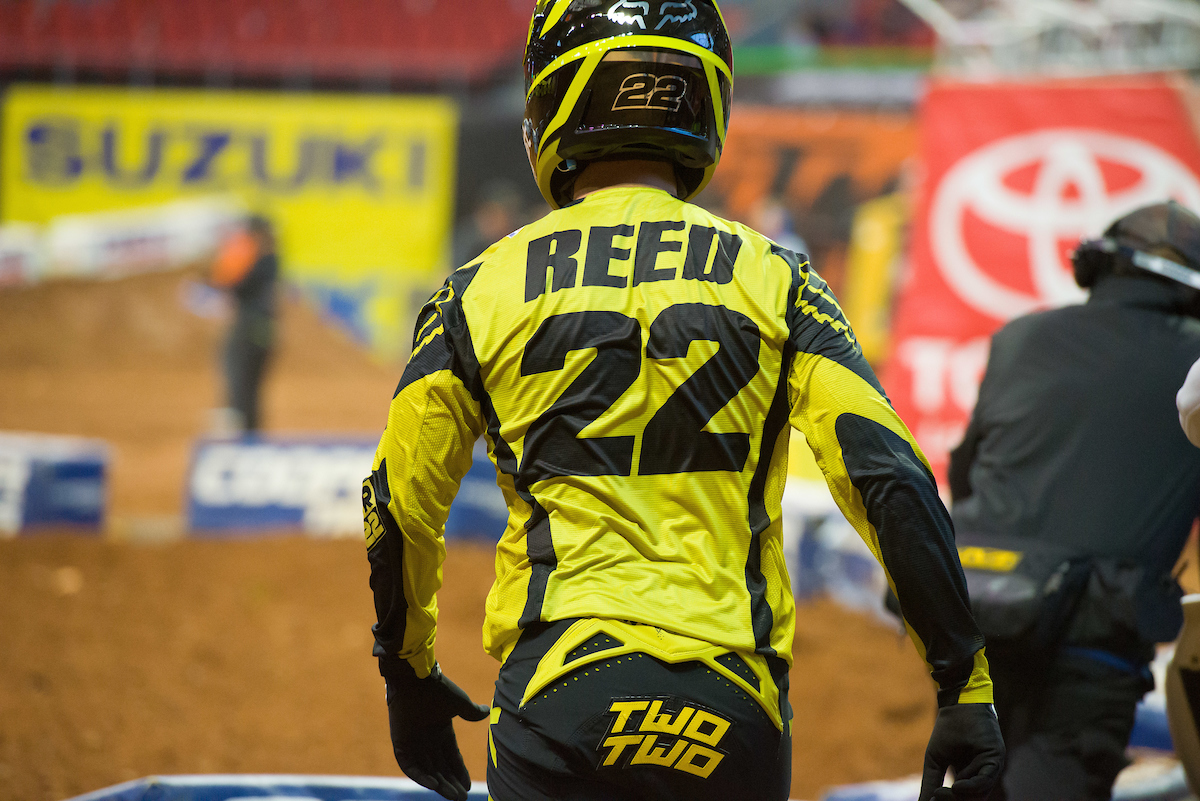 I may be jumping the gun on this a bit but the way I work is, I write about what interests me most about the current state of the sport. It’s as simple as that. Sometimes there may be some crazy event that happen on the prior race weekend, there could be an incredibly anticipated VLOG about to drop regarding the search for a past champion and true legend of two-wheels or maybe another legend altogether. Hmmmmmm…

Everyone is fully aware of the Chad Reed test last week with JGR and I really don’t know if anyone is more geeked about the prospect of Chad back on Yellow than me. 2009 was probably my favorite year of Supercross in the 450 class ever. It was such an incredibly pregnant season with RV stepping into the class, James Stewart sliding into the San Manuel role Chad had occupied the year prior and the 22 on a one year do or die contract where he was immeasurably motivated to stick it right up the ass of Larry Brooks and James Stewart for what must have felt like the greasiest move in the history of Chad’s long career. Chad was coming off winning the SX title in 2008 and that #1 plated Suzuki looked so damn good in 2009. Chad has never looked better on two wheels, in my opinion, than 2009 on Suzuki and his first year of Two Two Motorsports on that 2011 CRF450. Wow, it just hit me as I’m typing this at how looooong ago 2009 feels, until I think about Chad’s forming of Two Two in 2011 and it being only 2 years later. Think about 2010, the rogue year on Factory Kawasaki, that seems even longer ago that 2009! This sport moves so fast, on so many levels.

So lets get back to the prospect of Chad Reed once again lining up on a Suzuki. The JGR twist is the thing that gives me real hope that this could all come together, beyond merely an exhibition at the last outdoor race of the year in Indiana at Ironman MX this coming weekend. JGR is full of savvy guys who care about connecting with fans as well as banking on results and with Chad’s fan following running second to only, arguably, Ken Roczen, the time is ripe for this partnership to become a reality for 2019.

Chad has done plenty of brand hopping since his initial departure from Yamaha in 2008.
Suzuki 2009
Kawasaki 2010
Honda 2011-2013
Kawasaki 2014-2015
Yamaha 2016-2017
Husqvarna 2018
There were whispers of Chad possibly returning to Yellow with the RCH team before they went belly up but Chad wasn’t quite ready to pull the plug on the Two Two Motorsports effort and we all know how devastating that decision was for Chad to come to. In the end, the tensions and anxiety of running his own race team could no longer be ignored but unfortunately since those doors closed, really since the Two Two effort moved from Honda, it’s kind of been undeniable that that 22 mojo has been stuttering to attain fluidity.

I think the end of those growing pains have passed.

Chad is in search of a Supercross-only deal for 2019 and for all intents and purposes, by any measure of sanity, it looks to be his final season. People have been saying that for 5 years now so clearly sanity is not all that it would seem. JGR is one of the few teams with the freedom and or balls to explore the idea of a Supercross-only racer and with the veteran minds like Jeremy Albrecht and Chad’s, either side would be silly to not want to put a good har fight in to make this deal happen. JGR is savvy and running Chad out there for 17 rounds on a farewell tour, at a time when he has been healthier and more motivated and inspired than he has been since possibly 2012; is as simple as 1+1=2 in my eyes.

Can we get JGR’s lead mathematician to make this call NOW please?!