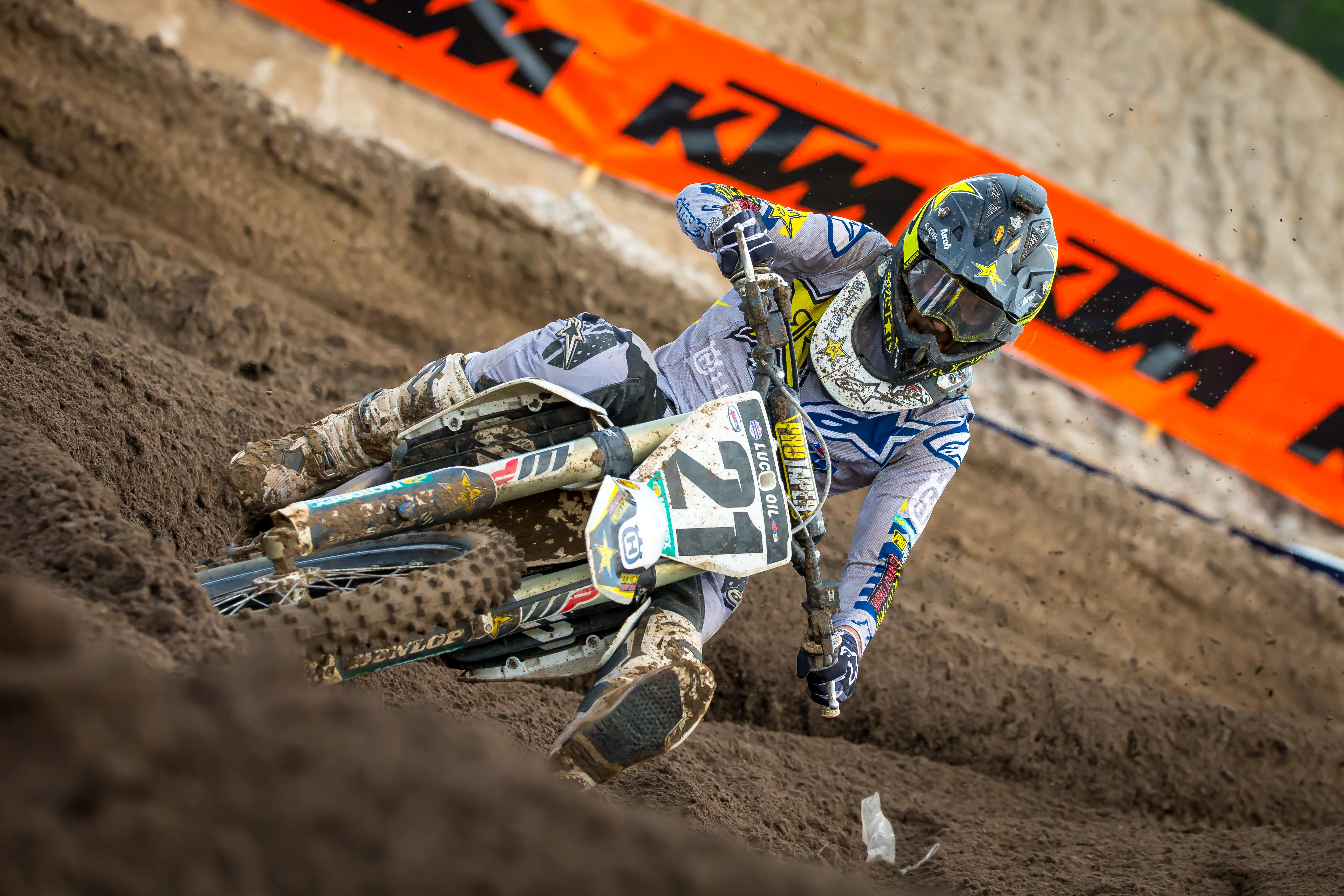 The second time we’ve seen this WW Ranch track on the pro circuit, the first being a USGP, and boy was it a hot one. The double dagger of the revelation of a new track for most of these guys, was the temperature. Not only was the temperature the highest we’ve seen in the 2019 calendar race year, the bigger aspect of the suffer-factor was the humidity. It’s not new to these guys but regardless of how used it are prepared for it they are, when they haven’t actually dealt with it in a race setting, it is always and I mean always a shock to the system.

There’s nothing fun about it and the health risks are very real. I don’t need to remind most fans of Red Bud in 2011 when local and beloved Pro, Josh Little succumbed to heat stroke. These east coast rounds where the humidity runs high are brutal at speed and downright dangerous to a gassed rider who makes a mistake which halts them in their tracks.

Even Zach Osborne who looked to be just hitting his stride and pushing through to the very end of Moto two responded to a text with me that included the terms “absolutely smoked”. Nobody thrives in these conditions, it really is survival of the fittest and even some of those guys are smacked down when the bell comes a ringin’. Chase Sexton, winner of Moto 1 and often considered one of the fittest and most gnarly of physical specimens on the gates, couldn’t make it a go in Moto 2. As fans watching from the couches, it’s easy to question why, heart, determination or strength but it’s silly to do so. These guys are so in tune with their bodies, especially these elite guys and Chase is one of them who trains in the Florida heat; no one has any right to doubt one of these riders when they make the call to pull it in in those conditions. They’ll regret it for sure, later when the exhaustion has subsided but survival in the moment is truly the smart call in the grand scheme of things.

One of the riders who has really been impressing me week to week and hasn’t show any signs of relenting is Jason Anderson. Jason has always been a riddle wrapped in a hard candy shell. Touch to gauge his interest in the SX and MX spectacle, he’s definitely a unique guy who has never given an eff what anybody thinks of him or his on track race craft and while that doesn’t endear a large fanbase to him, true to fashion, I don’t think he cares. He’s bold enough and honest enough with himself that he has chosen to be who he is without apology and I gotta say, whether he’s your cup of tea or not, it’s admirable.

Jason’s return to racing after the broken arm in SX has gone far better than I had anticipated. The guy is clearly not holding back or just filling a gate to gate back to SX. He is launching it and engaging any rider he reels in like a true title contender. This sweltering stop in Florida was even further testament of his resolve to really make a dent in the title-hopes of those considered the title favorites. His fitness is clearly top notch which, while being a student of the Baker Program shouldn’t be a shock, it’ still kind of is.

Coming out of WW Ranch, having not only survived but excelled, he’s only 2pts out of third in the standings and well within striking distance of surpassing not only Ken but Eli as well; this title is far from decided. Will Ken bounce back from his WW Ranch setback? Will Eli have one or two more “Eli” moments over the course of the remaining rounds? Will Cooper continue to progress from his initial SX hangover? Is Zach-O going to continue his relentless progress toward the winners circle? Yes, yes, yes and yes!