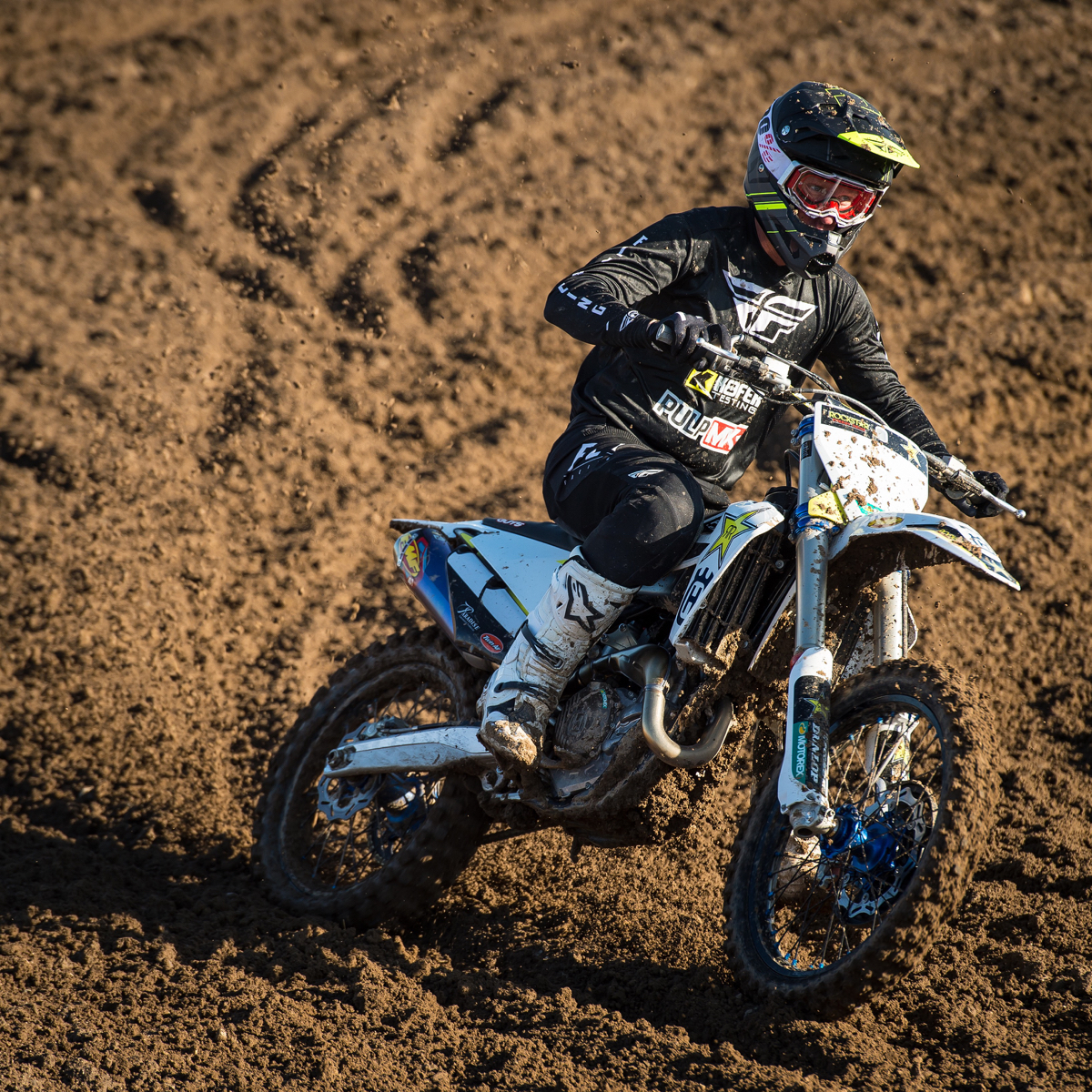 A question I get asked a lot is what size bike is right for me? While this is a question that is not easy to answer, I thought I would try to give you some perspective on what each bike is like to ride and how to determine which one could be right for you. I have tested the 2020 Husqvarna 250/350/450 and will use these bikes, in this article, as my baseline for explanation. As always I am here to help when I can, so please feel free to email me at kris@keeferinctesting.com if you have any uncertainties. That’s why I built Keefer Inc. Testing. 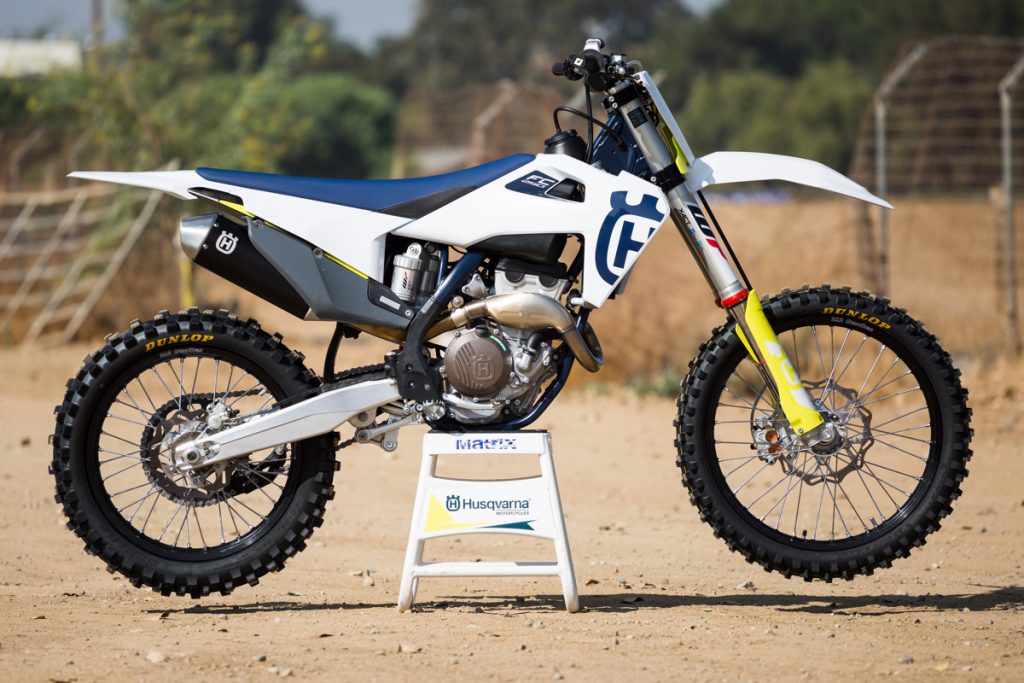 FC250: The FC250’s engine character is smooth off the bottom end then starts to build power up quickly from mid-top end. It’s a very non-aggressive type of low end delivery that has a deceiving strong mid range torque character. The FC250’s delivery is meant for a rider that likes to carry momentum and not rely on sheer bottom end torque to pull him out of a corner. If you like to let each gear rev out then this engine is perfect for that type of riding style.You would think without tons of torque feel, the FC250 wouldn’t have a lot of recovery when in the wrong gear through corners, but to my surprise, the Husqvarna’s engine has superb recovery time and will get you back down the track, in the meat of the power, in no time. 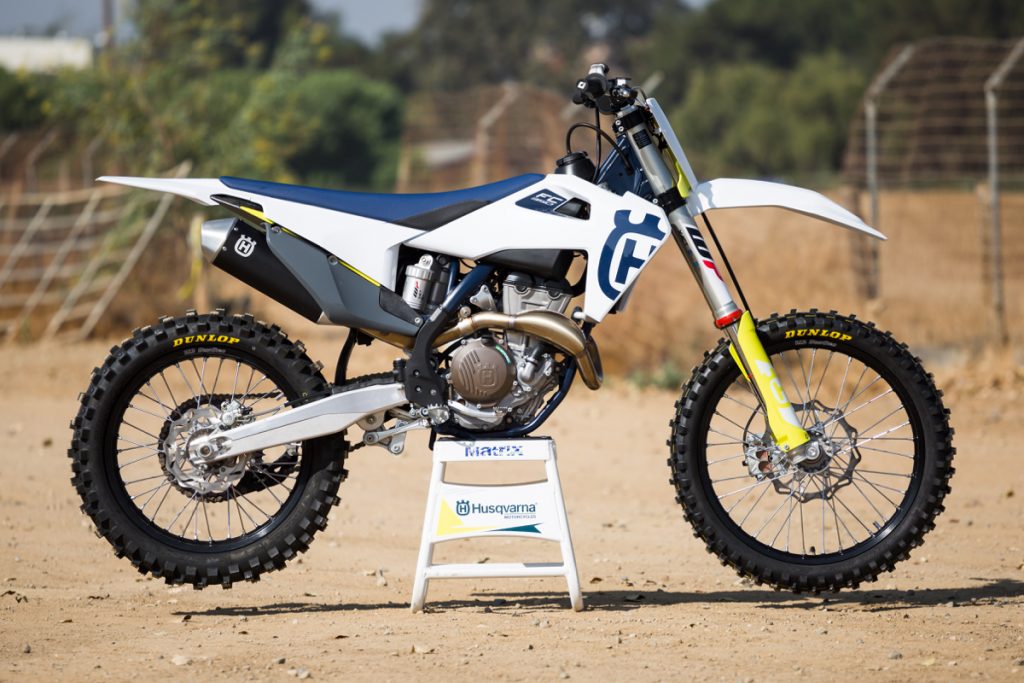 FC350: If you have never rode a 350cc Husqvarna/KTM then you’re missing out. The 350 comes on slightly more aggressive then the 250cc engine, but packs more punch through the mid-top end range. Again, if you’re looking for massive amounts of torque out of corners this still isn’t your cup of tea, but the FC350 does have some low end RPM response (excitement) that the FC250 doesn’t. Hopping over bumps and getting over a double out of a corner is much easier with the extra RPM response that this engine brings. Not to mention that the bike still feels as light as a 250 when cornering, so getting through the corners in order to be able to clear an obstacle is made easier with the 350. The pulling power of the mid-top end range is where this FC350 will put a smile on your face. Just when you think it’s time to shift, you’re wrong, so just let it rev out a few hundred RPM more. When riding the 350 to 450 back to back, the 350 feels as fast as the 450 on top end. I don’t feel like I am losing much ground to the 450 on fast straights as long as I am not going uphill. This is where the 350 will get ate up by the 450. Pulling power/torque/meat feel is the 450’s strong suit. 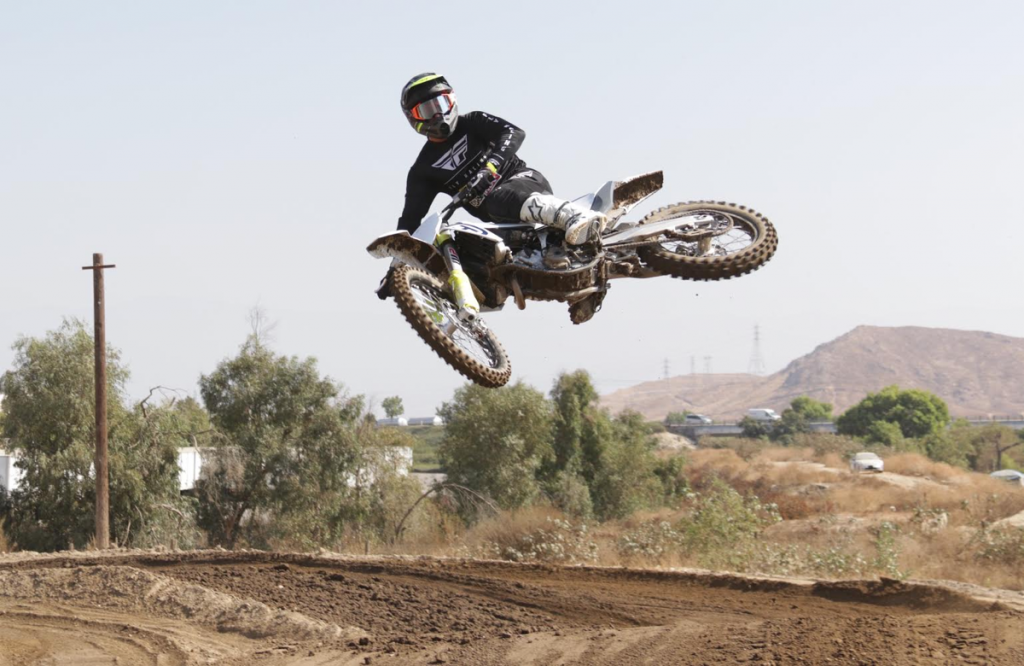 FC450: The overall engine character of the FC450 still has that smooth easy to ride feel, but with slightly less engine braking than the 350 to me. Coming into corners you can feel less drag on the engine and less movement in the chassis compared to the 350’s engine. If you’re looking for a hard hitting 450 engine character this isn’t your type of machine. However, if you’re looking for an easy to ride, connected to the rear wheel feel, deceivingly fast type of power, the FC450 could be just what you’re looking for. The FC450 doesn’t feel that much heavier on the track compared to the 350, but to me the 350 has more engine recovery than the 450 when in the wrong gear. The RPM response of the 350 is more lively than the 450, but you can get away with being lazy on the 450 and let that big motor pull you out of “the wrong gear trouble” without killing the engine. Basically what I am saying is that the 450 “chugs/lugs” better than the FC250/350 can.

Now that we have each engine character broken down, where does that leave you? What type of rider are you? That is important when deciding on which size bike to purchase. You have to know what type of tracks you’re riding, how often you’re riding, how serious you take your riding, and how you ride. Ask yourself these hard questions and then you can use this guideline below to decide on which direction you would like to go.

250cc Rider: You would be surprised on how many riders over 50 years old I have turned on to 250cc’s four-strokes and they are completely happy. The Yamaha YZ250F has unbelievable amounts of torque for the older rider that may need some of that because he may like to ride a gear high (AKA, still lazy because you’re old). With the 250cc machine you’re able to get away with riding harder than you should because it simply doesn’t have the weight of the 450cc machine. You’re able to push harder into corners and work on your technique because you’re not scared of the engine delivery. You’re actually able to ride the machine instead of the machine riding you. Obviously bigger riders (over 200 pounds) will need more engine than 250cc’s, but if you’re in the 200 pound range and are a beginner type of rider I would actually recommend a 250cc four stroke to you. It’s safer and can help you jumpstart your on-the-bike fitness without the consequence of getting hurt because of fatigue on the bike. Being tired while riding a 250cc four-stroke is much safer than riding a 450cc four-stroke fatigued. If you’re a 85cc rider and are looking to graduate to a bigger bike you DO NOT need a 250cc four-stroke. You need a 125cc two-stroke. Chances are you’re a 110 pounds so a 250cc four-stroke is too much bike for you.

350cc Rider: Just because you may be a bigger rider (200-230 pounds) doesn’t necessarily mean you need a 450cc motorcycle to get you around the track. In fact, I have had many 220-230 pound testers love the FC350 because they could actually ride it harder/longer than that of their 450cc machines. If you’re racing against guys in a class full of 450’s, having a a 350 as a weapon of choice to outlast your competitors could prove wise. I could see you may need a 450 if your local tracks are super sandy and deep, but if you have soft to intermediate terrain, a 350 is much easier to handle for a longer moto, than that of a 450. Let’s say you’re just an average weekend warrior that likes to hit the track with your buddies and race on occasion. The 350 is a perfect size machine to be able to enjoy some laps without worrying about getting whiskey throttle after lap four because you have arm pump. I really try to recommend a 350 to most vet riders that like to ride for fun and occasionally race because it really does have enough power to clear all the jumps on a local track as well as corner easy enough to help your technique because let’s be real, you know your technique is not up to snuff. Let’s face it, you work five days a week and can’t be at the gym like these other people that seem to have so much damn time, so why not get an engine character that you can control. It amazes me how some guys egos can get in the way of purchasing the right motorcycle. The 350cc engine will be easier to manage on rough tracks that will require some technique and finesse.

450cc Rider: Look I am not going to sit here and tell you that a 450cc four stroke motorcycle isn’t my favorite bike to ride, because it is! It’s easy to be lazy and go fast, but there is one caveat. You have to be in shape to hold on to it! If I didn’t ride so much I would ride a 350 more, but all I do is ride so I like a 450 engine! You can’t just show up to your local track on the weekends, hop on your 450 and expect to haul ass for more than just a few laps. If you do try to do this without “help” your medical bills will be high and your wife will be pissed. The good news is that out of all the 450 MX’ers, the FC450 is the easiest to ride/control/handle because of its well mannered power delivery. You fit the 450cc rider checklist if you are serious about your local racing, like to keep yourself in shape, want to improve on both of the aforementioned statements, have been riding more than a few years, and/or just simply a bigger dude (over 240 pounds). I really try to let older vet guys know that they simply DO NOT need 450cc’s of power just because they can go out and buy it. They will never use all of it and they will get tired too quickly. To me that isn’t fun. Fun is being able to ride more than four laps, rip corners correctly, and go home un-injured. The 450 is capable of giving you all of this as well, but just know it might take more work on your part to be able to do all of those things easier and the correct way.

Hopefully after reading through this article you have determined which type of rider you are, can relate to one of these machines, and decide which cc displacement is your next purchase. I understand it’s difficult to make a 9-10K purchase based on something you have yet to ride, but that’s where I try to come in and hopefully guide you in the right direction! A lot of these manufacturers have demo days at local tracks so be sure to look for those near you and try the new bikes if you’re able. See you at the track! -KK