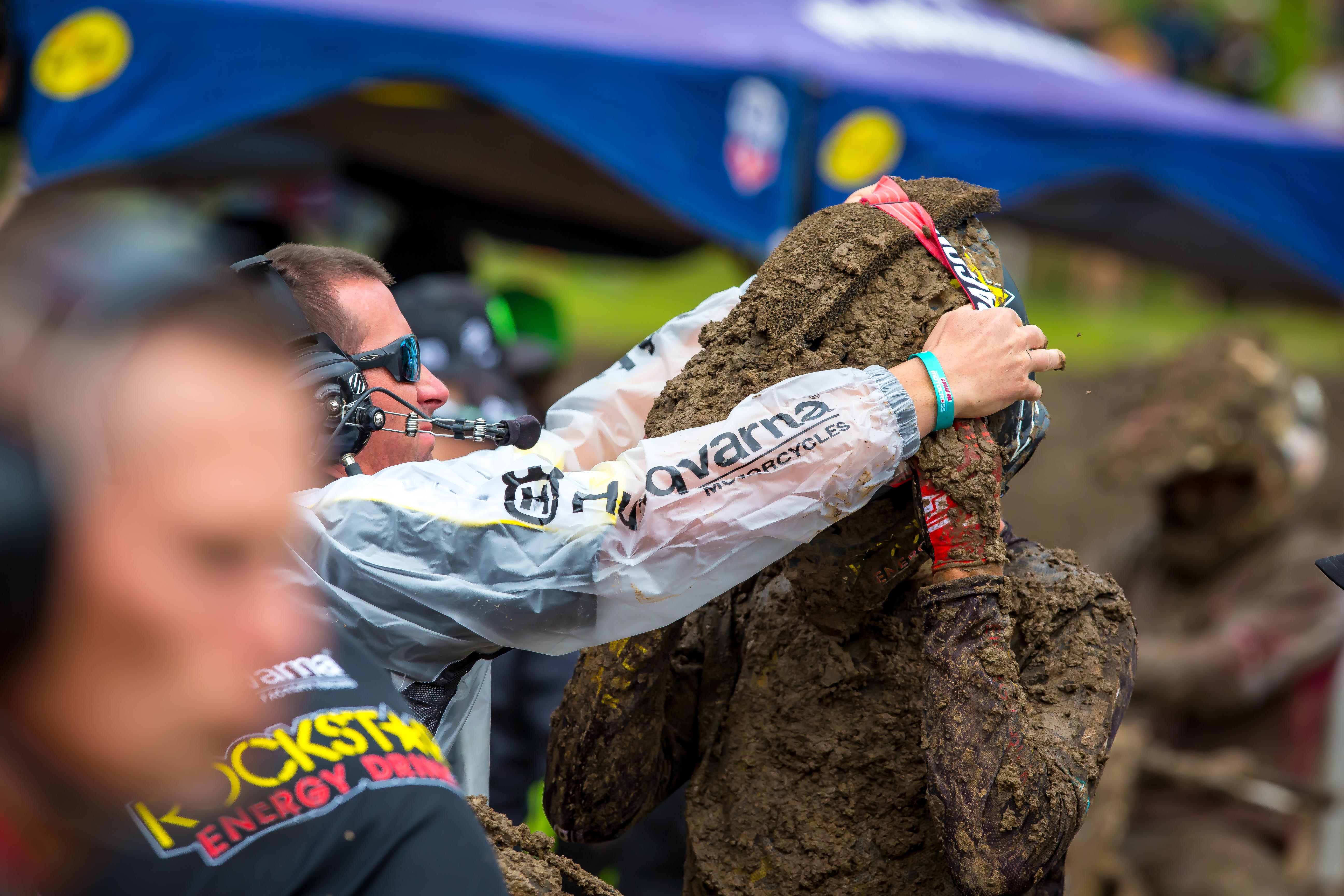 I sit here thinking about what we saw go down today. Trying to lasso my thoughts into tight, concise pockets but it’s not that easy.

There are so many different ways to look at this outcome but no matter which way you slice it, it’s another USA falter and loss. That’s all the record books tally, regardless of the bench racing sessions where we will collectively reason the bevy of conditions that added up to the result.

Some of these conditions were merely aspects of the event that every rider and country had to deal with, that’s racing. Some of these aspects were unique to the United States, that’s also racing. And there were other occurrences unique to other countries individually and that too is also racing.

Everything started off with a qualifying gate draw that even the highest ranking hopeless optimist would find difficult to see the light through. With Justin Cooper’s qualifier though, we were rightfully feeling pretty good about our chances. Zach and Team Fried struggled with starts from that dastardly 31st gate pick but when the qualification races were over, considering the weather and track conditions, as well as the gate pick; In my mind at least, I was feeling we were operating from a zero sum game starting Sunday: we had just as good of a chance as I had expected we would prior to drawing the 31st ball.

Against my better judgement, I opted to not interact with the radar or any type of forecast app prior to waking just before 7am EST. It’s Europe in Autumn, we know what to expect; even still, I REALLY didn’t expect what we were presented with. The weather is not an excuse. We all had the same track to contend on. Familiarity may have been a contributing factor but again, that is not an excuse. The track was shit but it was shit for everyone.

As the gate dropped for Moto-one, it was difficult to see thanks to the illogically poorly prepared camera crew but when there was nary a whisper of a Team USA rider position and then boom; the camera switched to a new view and there it was, Justin Cooper, clearly favoring an injured hand and a dangling clutch level as he sat motionless on the track. That deflating feeling quickly took hold and amplified as you just new the shit had hit the fan early and in a big way. Moments later it was conveyed that Justin’s falter had involved Jason Anderson as well and they were both working hard to get back into the race. At this point, that earlier deflating sense would have been a welcome feeling; the new sense that replaced that feeling was utter hopelessness. It was that quick, for me anyway. With those track conditions, seeing Justin was clearly injured and knowing the track was never going to make a turn for the better. We were fucked.

To be totally honest, the 6th place (2nd consecutive) finish for the USA was quite surprising. From 7:12am EST, it seemed like a nightmare, so a 6th place finish felt more like a birthday cake candle than the dumpster fire it had felt like for most of the event.

I hate to speculate on what could be were it not for the instant fragging between Justin and Jason because in these conditions, things were not in our favor regardless. The MXGP guys are just better when conditions are not ideal; judging from recent event results, they are just better period.

I’m proud of our guys this year regardless. They sacrificed so much and they REALLY cared. The preparation and effort were at a maximum. Unfortunately luck can reveal itself in two forms regardless of preparation and opportunity; in our case it was bad as opposed to good. I hate to use the term luck because that sounds like an excuse. That’s not intended, I’ll just brand it as happenstance.

Another bitter defeat. Keep your head up, Team Fried. Thank you.