Scores are boomin’ in the dome!

If you felt like you put up a great score last week, and it didn’t show as such in the overall results, don’t sweat it, you’re not alone! Round 9 at the Mercedes-Benz Stadium in Atlanta GA turned out to be the highest-scoring race of the season. (excluding Triple Crown format)

It took a whopping 330-point score to take down the PulpMX Fantasy Championship League this week and that was accomplished by Spencer 267, congratulations Spencer, let’s take a look at their team!

Finally, Spencer chose Chase Sexton and KROC for FFL’s and went one for two, giving them an additional 8 extra points.

Keys to success: Avoiding Pierce Brown, who put up a blistering fast time in qualifying and couldn’t back it up in the main. Pierce had a 44.5% pick trend and was only able to manage 11 fantasy points. The other big key, picking one of only three 250 class riders who put up a 46-point score. Of the three, Hunter Sayles had the highest pick trend percentage at only 3.7%

Two riders to discuss in the 450 class. Daniel Herrlein (16) nearly topped scoring in class with 46 points at only 0.7% Daniel is a classic “bubble” qualifier that we need to give serious consideration to if we’re playing to win. He qualified 24th at a 16 handicap. This is exactly the type of rider to select if you’re willing to roll the dice on a max score. We also saw the 722 (14) put it into the main again after qualifying P19. I’m surprised his pick trend was only 11.9% given how much of the field is now missing. Adam put up a great 42-point score via his 17th place finish in the main. 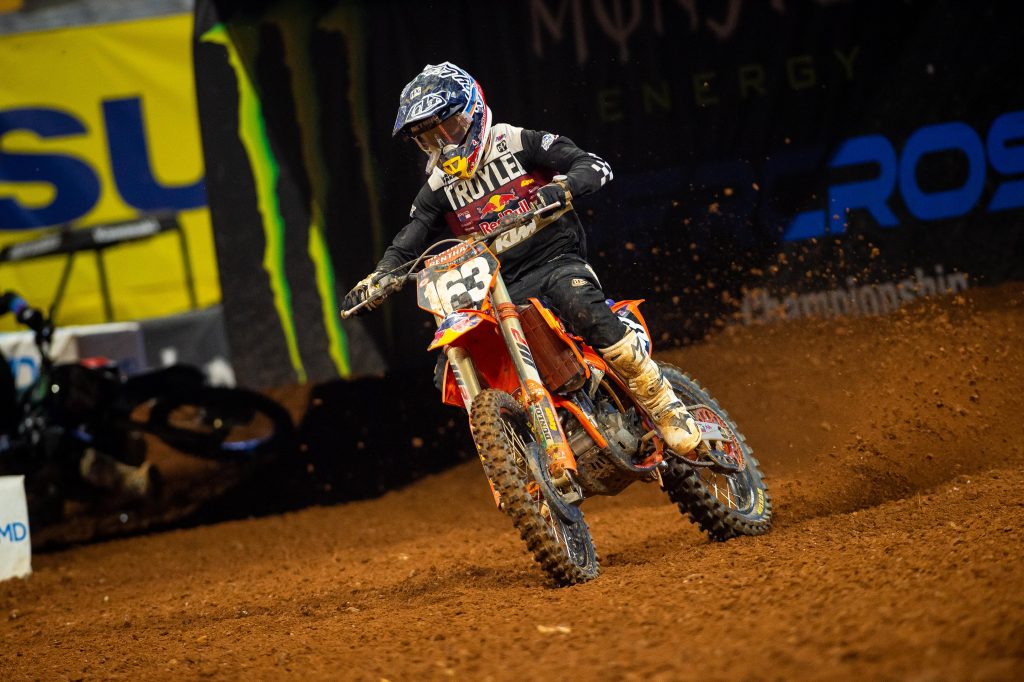 As discussed already, Pierce Brown was the chief culprit in the 250 class. We also saw less than stellar fantasy results from Dean “overdue” Wilson (1) who only managed 28 points at 34.2% and Justin Brayton who had an even worse fantasy night, scoring 26 points at 30.4%.

The 450 class saw Marty go from “dud” last week to “stud” this week, as he put up a massive 52-point score. It looks like he did suffer a bit from recency bias though, as his pick trend came in at a low 21.1%. We also saw Benny Bloss put up an overdue good fantasy score with 42 points scored at a 21.3% pick trend.

The ATL Pod featured the usual fearsome foursome of Steve, JT, Paul, and Dan prognosticating on who the top picks will be.

This week we had a tie at the top as Steve and JT scored 78 points. Steve got there with Nick Gaines and Justin Brayton, while JT chose Enzo Lopes and Brayton. Paul followed with 62 points via his choice of Souby & Brayton, followed by Dan who chose Sanayei and the 722 for 42 points.

New season leader! Steve has surged to the lead with a 459-point total! Paul drops to second at 448 points, followed by Dan in third at 398, and JT in fourth at 376 points. 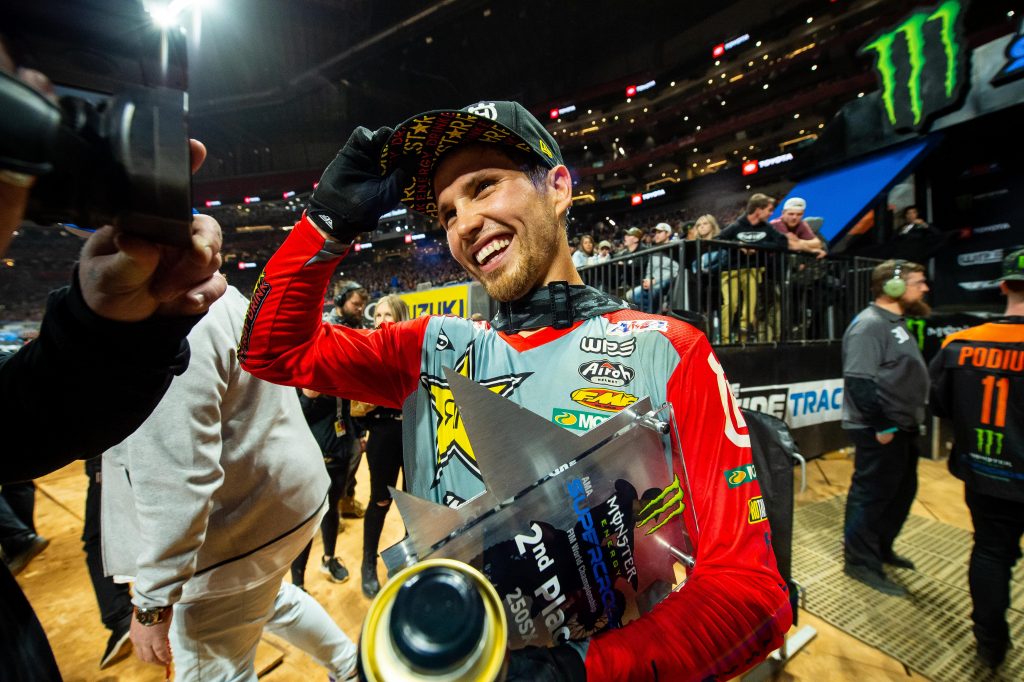 RJ gets no love! This week saw a normal percentage of teams choose an FFL, with almost nobody correctly guessing PulpMX’s own RJ Hampshire in the 250 class! 26% of teams chose and only 6.2% correctly had faith in our man RJ. The 450 class was much higher, with 24.9% of teams risking the biscuit. Of them, 73% correctly chose KROC as FFL.

ATL was the highest-scoring regular format race to date this season. We saw two perfect scores in the 250 class and one in the 450 class. We also saw a massive 330-point score for the overall winner.

All-Star perfect scoring: Ken Roczen is the most consistent to put up a perfect score. He has now done it 7 times.

Sneaky good: Mookie has now put up a perfect score at 4 consecutive rounds, can he get to five?

Chase Sexton has put up a perfect all-star score at all three rounds in the east. Can he make it four?

It’s the 50th Anniversary of the Daytona Supercross, and the track looks to be interesting this week! As of this writing, the weather looks pretty typical for Florida this time of year, with a bit of rain on Thursday, and a cool partly sunny day on Saturday. No weather concerns to speak of!

Once again, we are looking for Dean Wilson and Blake Baggett to finally have a good week. Both are long overdue and should retain some solid value due to some bad luck of late. I’d also keep an eye on Benny Bloss. He looked much better at ATL and should do well on the choppy Daytona track.

For the 250 class, I’d look for Pierce Brown to bounce back this week. It’s a classic case of burning a huge chunk of the field, then being unavailable the next week.