Eli Tomac has returned to form over the last two weekends of racing. With his 2nd moto win today and his 2nd overall win of the season, he moves up the ranks in the all-time wins lists.

What’s most interesting is that he may have been willing to sacrifice that 2nd moto win to give Adam Cianciarulo +3 points in his championship bid against Zach Osborne. It’s unlikely we’ll ever know if Tomac had a clutch issue or not, but the timing combined with him looking over his shoulder multiple times before and after it “fixed itself” was uncharacteristic of the Eli Tomac we’ve seen in past years. Regardless of potential team tactics in moto two, Eli Tomac continues to show he’s one of the all-time greats of the sport.

Zach Osborne now has a +24 point lead over Adam Cianciarulo heading into the final round of the season. He’s all but secured his 1st ever 450 championship and will likely become the 25th premier class champion in the history of Pro Motocross. He’s done so by masterfully managing the season. As you can see below, he started the season strong at Round 1 and after a tough Round 6 where his lead shrank from 42 to 15 points, he responded with a statement ride in Round 7. This weekend was no different where he went 4-2 for 3rd overall. Tough to not be pumped for the hard working Zach Osborne! 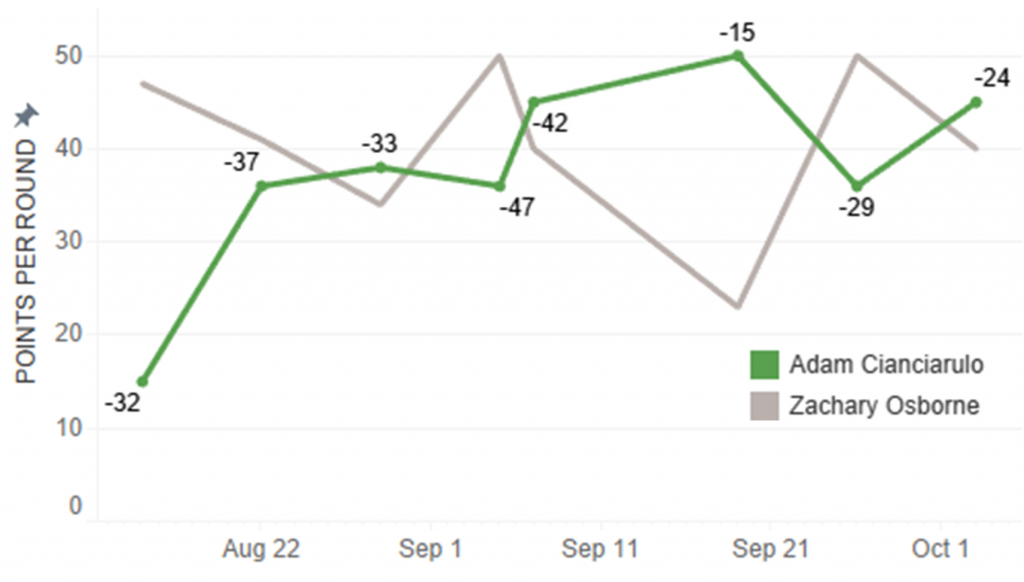 Adam Cianciarulo may not win the title this year, but he’s served notice that he’ll be a contender in both the 2021 supercross and motocross championships. From 7 straight fastest qualifiers to begin his rookie supercross season to 2 overall wins in the Pro Motocross series, he’s demonstrated he’s capable of beating the best in the world. Now the question is whether he can ride with the consistency that won him the 2019 250 Pro Motocross championship. As you can see from both is 2020 motocross and supercross season stats, it’s the Position Changes of -26 and -31 that have haunted him. Eliminate those mistakes and the outcomes are likely a lot different.

In the 250 class, Justin Cooper went 2-1 for 1st overall. It’s the 2nd overall win of his career and he’s now tied with Alex Martin, John Down, Bryan Myerscough, Keith Bowen, and Danny LaPorte with 5 moto wins in the 250 class (all-time rank of 52nd). Justin’s results today were what many expected of him at the start of the season, but a boxer’s fracture in his hand limited his preparation prior to the season.

While Justin Cooper is showing he’s a contender for wins when he’s healthy and fit, it’s his teammate Dylan Ferrandis that now has a +18 point lead in the championship. Unlike Zach Osborne who’s led the premier class since round one, Ferrandis had to contend with Jeremy Martin grabbing the series lead mid-season. Ironically, it was a 1-1 day at Jeremy Martin’s home track where Dylan Ferrandis took back the championship lead and has held it since. With one round remaining, Ferrandis is the clear favorite to be the 32nd rider to with the 250 championship. 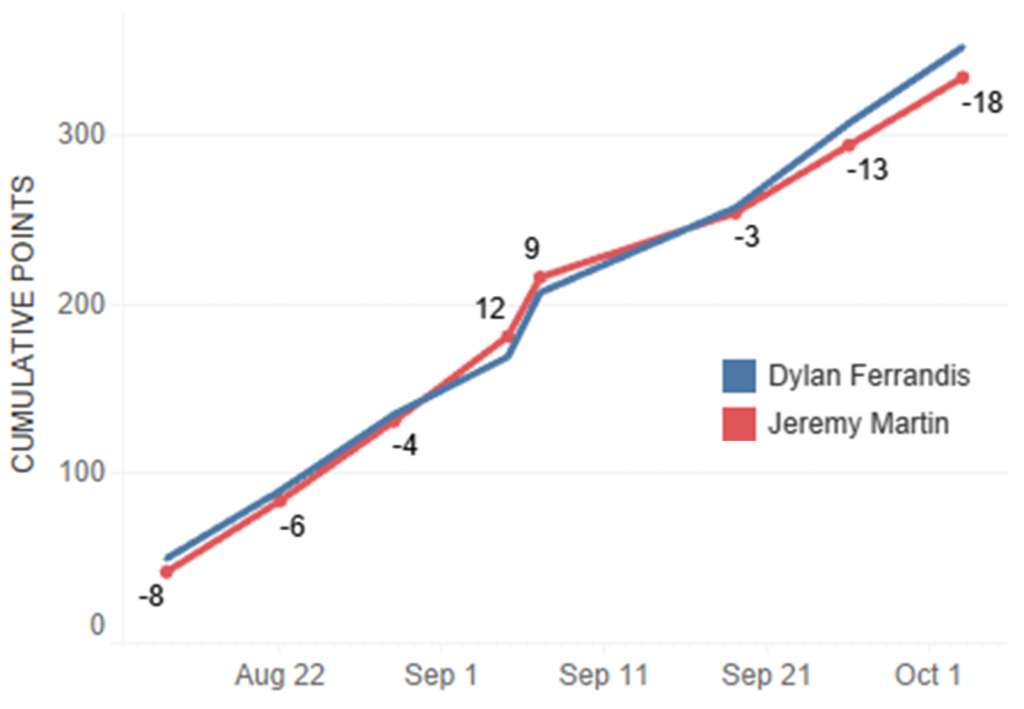