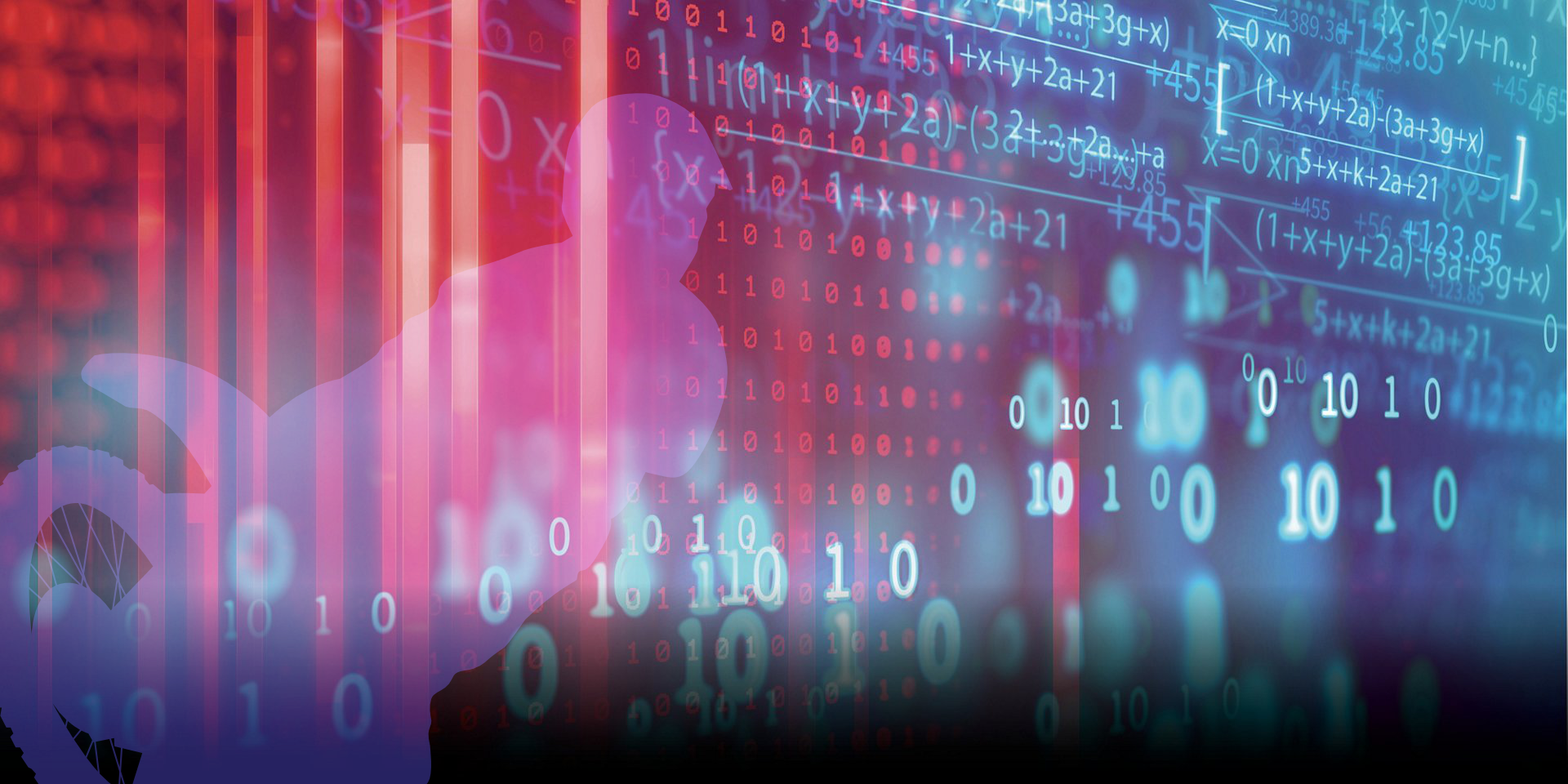 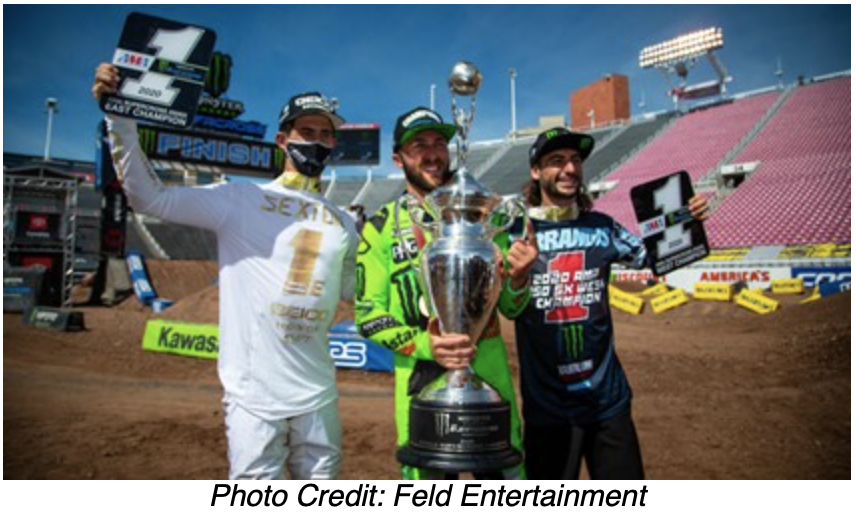 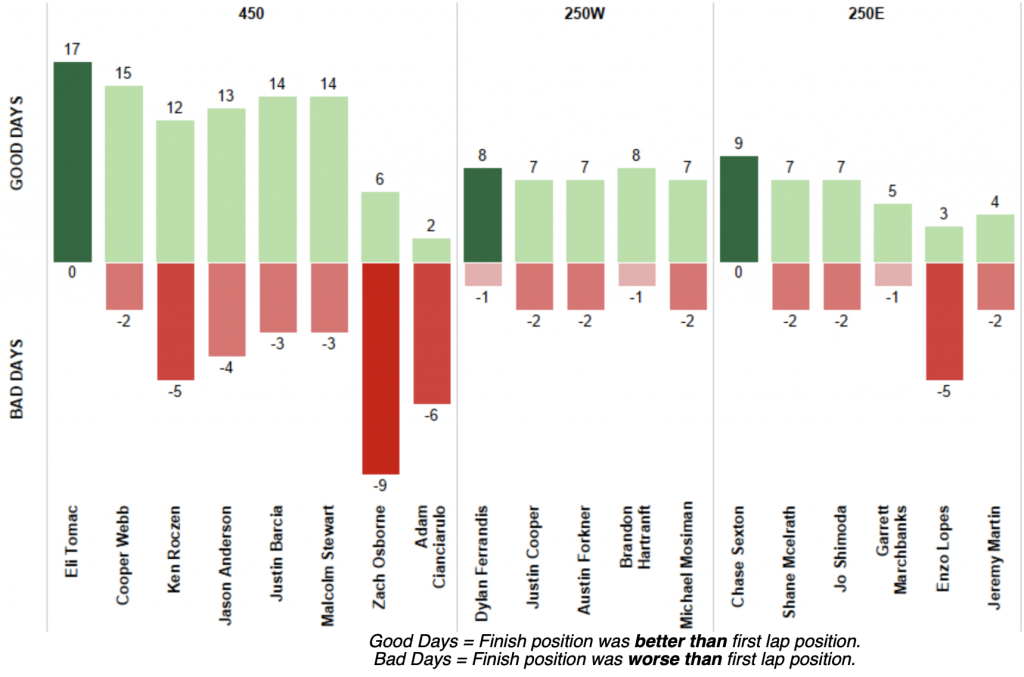 These 3 riders faced adversity throughout the season, but persevered each time. Eli Tomac provided the best example at Round 7 in Atlanta. He rounded the first lap in 7th position but crashed early in the race after an ill-advised pass attempt on Blake Baggett that dropped him to 15th place. The championship was slipping away – or so we thought. He then went on one of the greatest rides of his career, passing 11 riders and finishing in 4th place after an incredible battle with Justin Barcia. Eli Tomac turned what could’ve been a really bad day into a good night of racing.

Dylan Ferrandis fought similar adversity. At Round 2 in St. Louis he crashed in the first rhythm section and rounded the first lap in 21st position. He spent the next 13 minutes charging back to 12th place, salvaged 11 points, and stayed in the championship hunt. While those 11 points ultimately didn’t decide the championship (he won by 20 points), he never gave up in St. Louis. He turned what could’ve been a bad day into a positive.

It was the championship contenders, those that finished 2nd and 3rd, that had bad days. Cooper Webb was left laying injured on the concrete floor of the Dallas Cowboys home turf in Arlington after a horrific crash on the dragons back (the worst feature on a track). He lost -15 points to Eli Tomac that night. Ken Roczen would drop 5 positions at Round 13 in Salt Lake City and finish a dismal 10th place that cost him -13 points. He’d later announce that he had shingles and struggled to regain form the remainder of the season. 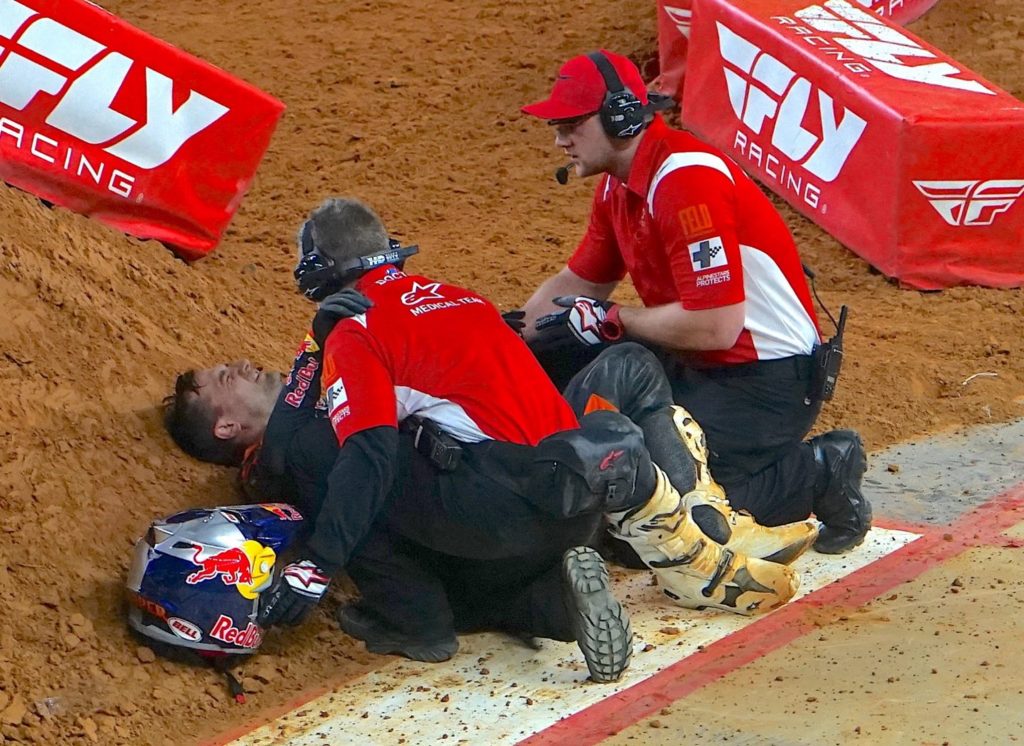 The list of bad days continues. Adam Cianciarulo was the fastest qualifier 7 straight races to start the season, led laps in 3 main events, but he had 6 bad days in 8 attempts. Zach Osborne started the first 5 rounds with bad days! Jett Lawrence crashed at Round 3 in Anaheim and ended his season with a broken collarbone. Jeremy Martin’s crash in Atlanta knocked him out of contention. Austin Forkner had bad days at Round 1 and 3 in Anaheim – he crashed both times and lost a total of -25 points to eventual champion Dylan Ferrandis. Justin Cooper was leading the 250 West series at Round 4 in Glendale until he crashed in main event #1 and then again while leading main event #2. Each of these riders had the potential to win their respective championship but lost due to bad days.

Want more proof!? Take a walk through the stats for each series and then let me know what you think is the key to winning a championship on twitter or Instagram @3lapsdown.