But for the regular readers of Advanced Analytics, you’re familiar with the concept of #nobaddays. More specifically, the rider who doesn’t lose positions between the first and last lap wins the championship. Maybe the most profound statement is that Dylan Ferrandis (and Jett Lawrence for that matter) have #nobaddays.

Dylan Ferrandis. Gained positions in 21 of 22 motos (only position lost so far was moto 2 at round 11 when he clinched the title).

Ken Roczen. Lost positions in 8 of 22 motos. This cost him a total of -60 points and -35 points if you exclude the Millville DNF.

Jett Lawrence. Gained positions in 22 of 22 motos. No lost points.

Cooper Webb (4-3, 3rd overall). There’s one undeniable fact about Cooper Webb – he never gives up. After 4 rounds, he was 9th in the standings and his best moto finish was single 5th place moto finish. In the last 4 rounds he has seven Top 5 moto finishes and two overall podiums.

Christian Craig (5-4, 5th overall). For only the second time this season, Christian finished inside the Top 5 in both motos (he last did it at round 4 at Red Bud). I feel like Christian’s had a great season but is rarely seen on the broadcast. Is it just me? 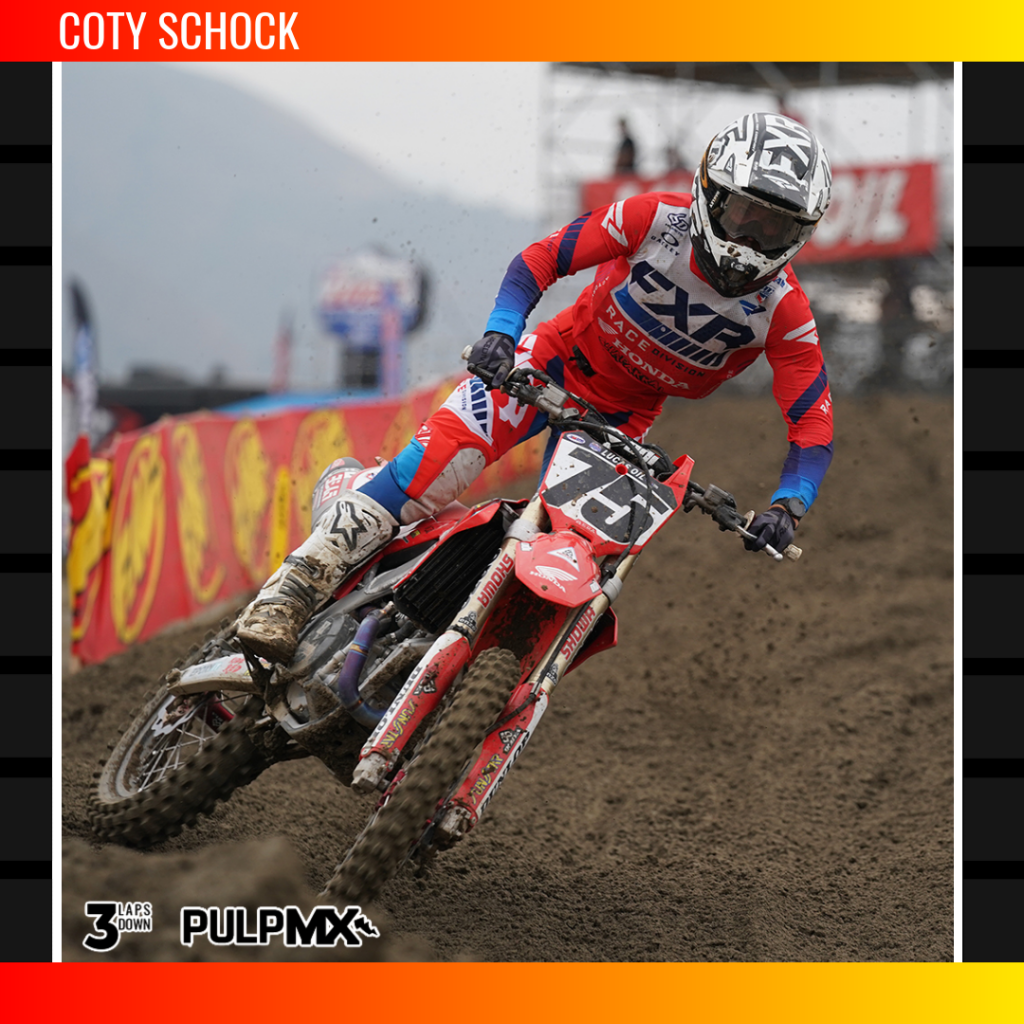 Coty Schock (7-7, 7th overall). Another great ride for the privateer. He’s scored more points in the last two rounds than he did the entire 2020 Pro Motocross season. #schockwave

Brandon Hartranft (10-8, 8th overall). Regardless of injuries, Brandon got his second Top 10 in as many weeks bringing his season total to 3.

Joey Savatgy (9-9, 9th overall). After seeing Joey post “really been struggling with something lately but haven’t pin pointed what exactly”, it helped explain why he’s not been battling for Top 5’s with 4 top riders out of action.

Freddie Noren (11-10, 10th overall). Fast Freddie got his first Top 10 moto finish and Top 10 overall of the season. It’s actually his first overall Top 10 since round 7 of last year!

Jett Lawrence (1-1, 1st overall). For an 18 year old kid, he’s demonstrated poise and racecraft of a wily veteran. Case in point, he pulled his first career pro motocross holeshot in the 2nd moto. He then went on to set the fastest lap of the moto by over a second in the hottest temperatures all year. #stampit 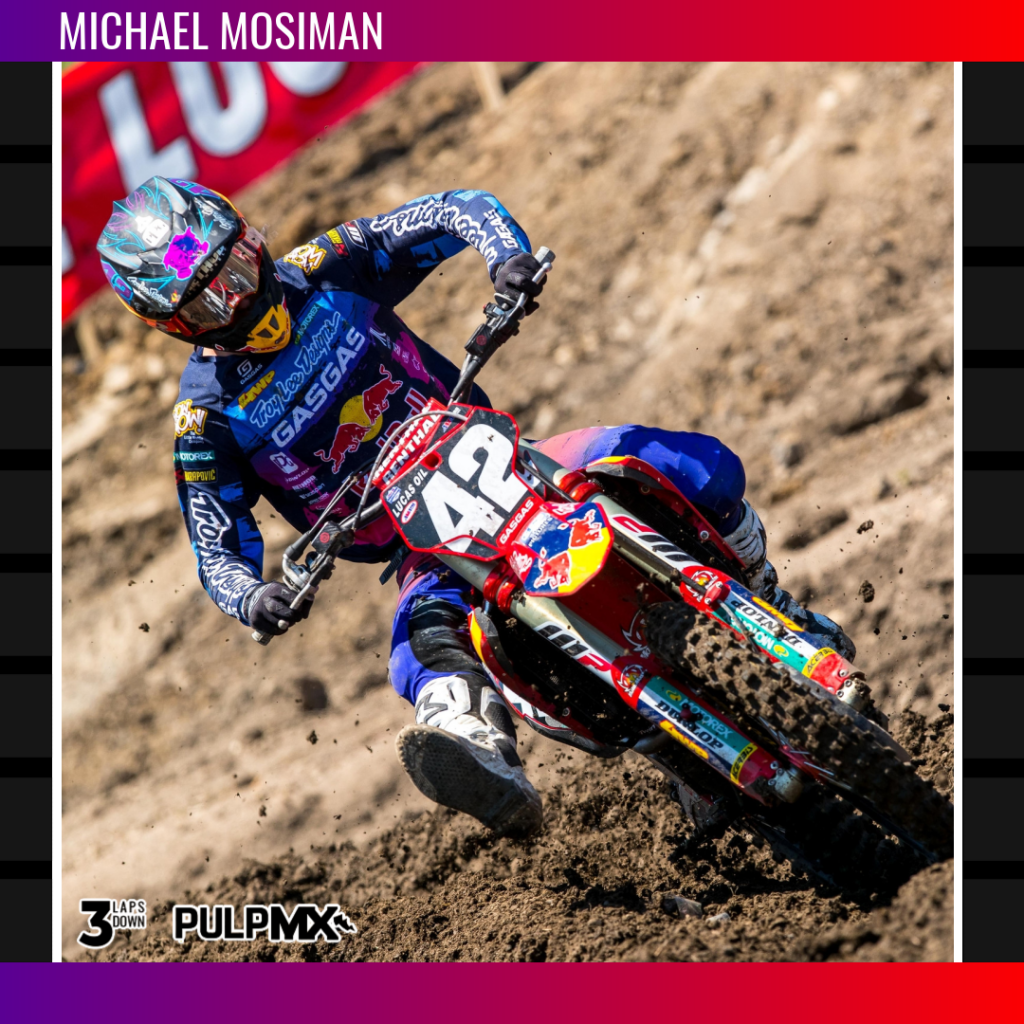 Michael Mosiman (2-2, 2nd overall). Another overall podium for Mosiman to go with 4 moto podiums in the last 4 races. If it weren’t for injuries, Mosiman would be fighting for 5th overall in the championship (based on average points/race).

Justin Cooper (5-2, 3rd overall). Justin hasn’t finished off the overall podium all year, but he now faces a 23 point deficit in the championship. Why!? He’s lost positions in 11 of 22 motos for a total points lose of -59 points. #nobaddays

Jo Shimoda (4-3, 4th overall). In the last 2 rounds, Jo has 3 moto podiums and is all but guaranteed to pass Jeremy Martin to take 5th in the championship next weekend.

Hunter Lawrence (6-6, 5th overall). Since going 1-1 at Southwick, Hunter has only one moto podium finish. This would be an outlier to the theory of winning breeds confidence and more wins.

Dilan Schwartz (10-8, 7th overall). Top 10’s are becoming consistent. There’s a ton of talk about Coty Schock in the 450’s, but Dilan has a more impressive season in my opinion. He’s a rookie and has 6 motos where he’s made 10 or more position changes.

Austin Forkner (15-5, 10th overall). With a crash in the first moto, Austin snapped a four moto Top 5 streak. He picked it back up with a 5th in the second moto though. Austin has the 2nd worst first lap average position (12.9) in the Top 10 of points.