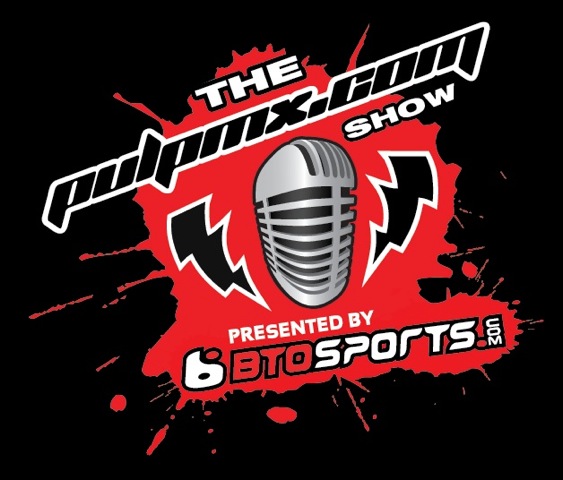 Exciting show planned tonight and just click on that banner up there at 6PM PST tonight for some laughs and maybe, just maybe, an apology.

Exciting show planned tonight and just click on that banner up there at 6PM PST tonight for some laughs and maybe, just maybe, an apology.

Tonight on the Pulpmx Show presented by BTOSports.com, host Steve Matthes and perhaps co-host Kenny Watson (Watson walked out on the show last week and when contacted said ‘I have some thinking to do’ in regards to coming back on but we’re 70% sure he’ll be back tonight) will talk to the San Diego SX winner Chad Reed, former Mrs Supercross and professional model Mercedes Terrell as well as Suzuki’s Brett Metcalfe.

Reed took home a victory in the slop in San Diego and one supposes that it was as surprising as a guy who had 38 career wins first win of the year could be. Reed’s an owner of his team and is certainly getting hotter on the track recently.

Mercedes Terrell certainly keeps busy each weekend with her duties as one of the Monster girls as well as the former Mrs Supercross. Terrell had to relinquish her crown this year but is still at the races holding the 30-second board and generally looking hot. She’ll be in-studio to take your calls

Suzuki’s Brett Metcalfe has had an up and down start to his 450 SX season but one of these weekend’s “Bretty” is going to figure it out and be right there. We haven’t confirmed him yet but hopefully he’ll be on to talk about his season so far.

The one and only, Tits Legendary will be in-studio to read the MX news and be a sounding board for the Matthes and Watson. If you’re on Twitter and have a question for the show, ask him @titslegendary and he’ll do his best to get it on the air.

What you’ll want to do is log-in to Pulpmx.com at 6PM PST/9PM EST and click on the Pulpmx Show banner. That will take you to the media player where you can increase your moto knowledge. As usual, you can call in at anytime during the show to talk to the guest or the hosts at 702-586-PULP (7857).

Thanks to our sponsor BTOSports.com. BTOSports.com is your #1 source for motocross gear and accessories with Free Shipping WORLDWIDE. Visit BTO today so you can get out and ride!

The Pulpmx show is also brought to you by X-Brand Goggles, JGRMX.com, FMF Racing, AGV Helmets, Kicker and O’Neal