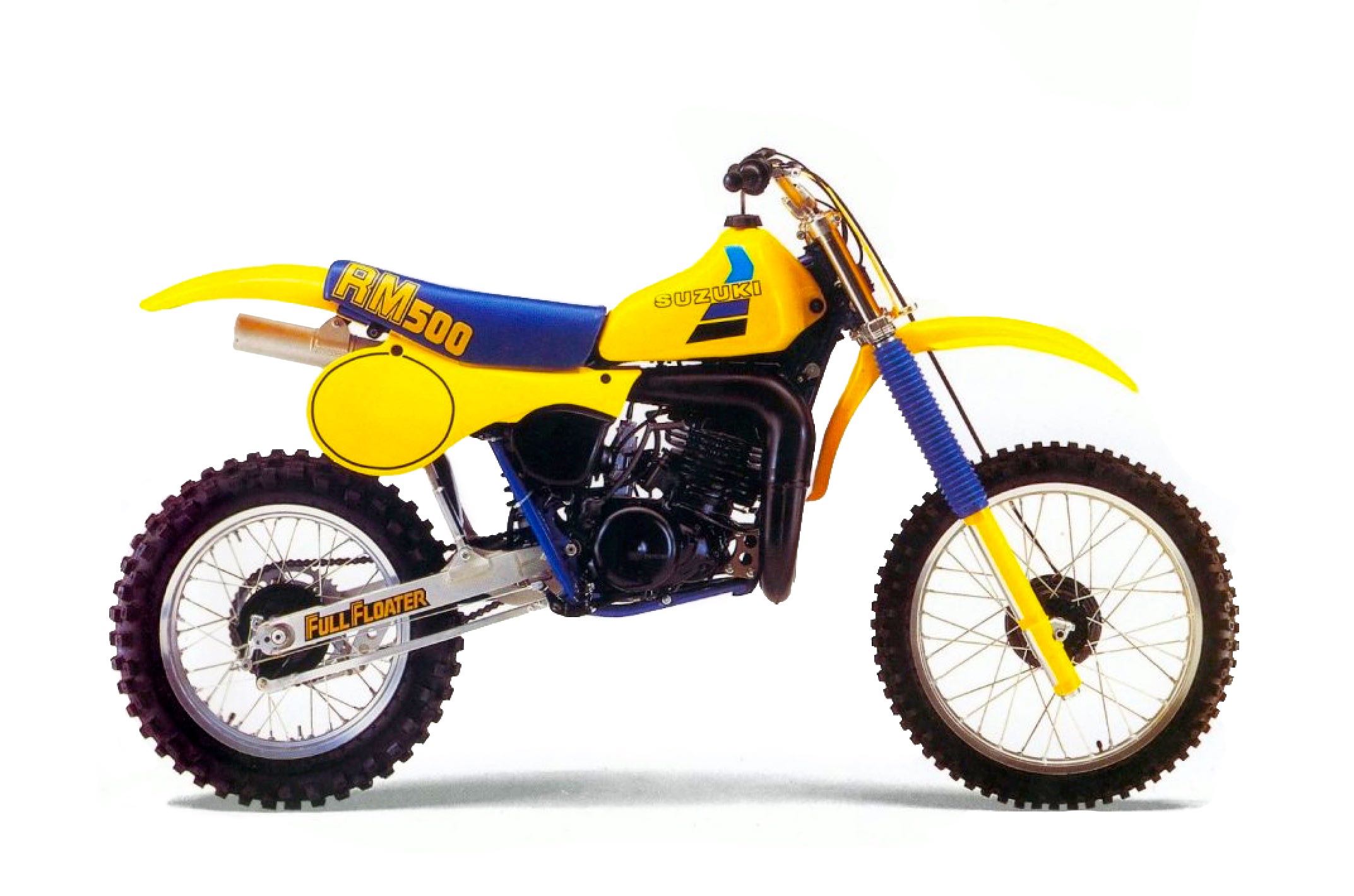 Tony Blazier takes another look at a classic (?!?) machine from Greg’s collection.

Tony Blazier takes another look at a classic (?!?) machine from Greg’s collection.

This week’s selection from the Primm MX collection is the last of its breed, the 1984 Suzuki RM500E.

Prior to 1983 Suzuki had been a major player in the Open class. On the production side, bikes like the RM370 and RM400 had been hits with consumers. On the racing side, Suzuki had taken multiple 500 World Motocross titles with riders like Roger DeCoster and Brad Lackey at the controls. As the eighties began however, Suzuki’s interest in the open class began to wane. By the time Suzuki bumped the RM465 to a RM500 in ’83 they were quickly falling behind their competitors.

The 1984 RM500 ended up being Suzuki’s last Open class two-stroke. The brand had been delivering only mild refreshes to their Open bikes for the previous three years and ’84 turned out to be more of the same. In the eighties the 500 GP’s were still the premier class in motocross, but on the local level the notoriously difficult to ride bikes were falling out of favor. In the sales race, 500’s were getting smoked by 125’s five to one, as new riders gravitated to the fun, easy to handle tiddlers. Suzuki seemed to see the writing on the wall and decided it was better to give up than fight, discontinuing the RM500 for good after 1984.

The 84 RM500, while being a bit dated, was far from a terrible bike. In terms of raw performance the biggest handicap on the RM500 was its lackluster motor. The RM’s motor was extremely mellow for a 500cc racing engine. It produced a slow revving low to mid-range surge of power more akin to an enduro bike than a motocrosser. The 492cc motor pumped out a rather unimpressive 43hp on the Dyno, nearly ten horsepower less than its big bore competitors. To put that in perspective, that is about the same as a full race Pro Circuit KX250F four-stroke pumps out today. This was not your typical arm-wrenching 500cc beast.

On the plus side the mellow motor was much easier to handle than your typical big bore two stroke. Although pro’s found the RM wanting, novices liked the easy torquey delivery. A side benefit of the slow motor was that unlike most 500’s the RM’s engine did not overpower the chassis. The RM500 felt more like a 250 when you rode it and in grand Suzuki tradition, it could cut tight corners that other Open class bikes could not even think about. The only chink in the RM’s handling repertoire was a very nasty case of headshake at speed. If you were looking to race cross country, the RM was definitely not your ride.

In the suspension department the ’84 RM500 was the class of the field. Their sophisticated Full Floater rear linkage system was complicated but provided an excellent ride over rough ground. The 43mm Kayaba front forks were a little harsh over small bumps but did an excellent job of absorbing big hits. The brakes were drums front and rear. With the competition quickly moving to discs, this was an area badly in need of improvement.

Overall, the ‘84 RM500 was an excellent choice for someone looking for a kinder, gentler Open bike. It was not going to win any drag races to the first turn, but the easy to ride motor and superior suspension might just win out in the long run. It’s too bad Suzuki decided to take their toys and go home after ’84; we never got to see how good a liquid cooled, power-valved RM500 could have been.