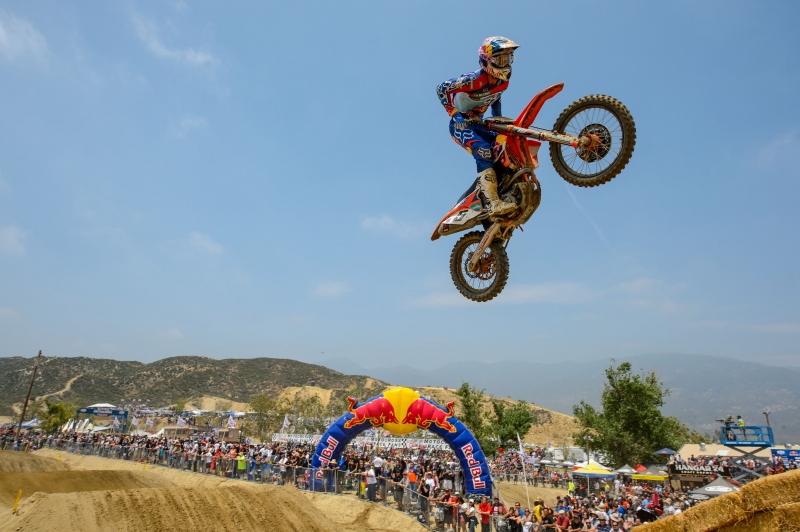 Here’s one ex-factory riders answers to some burning questions

Here’s one ex-factory riders answers to some burning questions

Q- From what we saw Dungey was the more fit rider at the hottest and most humid race of the year–what do you think?

Vuillemin: I think there is a little more to it but yes, RD showed he was in shape Saturday. But did we ever question this? I don’t think I did. I’ve talked about how dedicated Ryan is. I was his teammate for my last US season. I’ve seen how the kid trains and how he’s committed. That’s not the problem and it’s not why Roczen is leading the championship. In talking about Budds Creek, the fact RD tried so hard in moto one to get Roczen all the way to the checkered flag might have helped him to win moto two. Roczen burned a lot of energy and didn’t have much left in the tank for second moto. Ken even got caught by Tomac towards the end of moto two. Knowing and hearing about Aldon’s training regiment, it’s not surprising that Ken would hit a wall a one point. I actually talked to Marvin Musquin before the season started and I was worried about Ken not being able to deal with the amount of work Aldon requires for the outdoors. I was thinking he’s gonna win (something I’ve said on the Pulpmx show before the season started too) or hit a wall and struggle physically.

Did Ken, in fact, hit a wall this weekend? We’ll see but it looked like it. KR was exhausted after the race. It could be a factor for the rest of the season. Another thing I’ve noticed is that Dungey looked way better on the bike in Budds Creek than Red Bud. Those tracks are pretty similar. We aren’t talking about Unadilla and Southwick. Someone tweeted me after the race about Dungey saying they made big changes on the bike. I didn’t hear anything and don’t usually listening to the post-race-sponsor-listing-interviews but RD’s KTM looked night and day different. His bike wasn’t bouncing everywhere and standing up in every corner like it did in the first six races of the season. I’ve said it before but I was getting arm pump on my couch just watching Dungey ride it was so bad. I am glad, for poor Ryan, they finally found a set up to fix those problems… I thought Dunge rode great in Budds Creek. He looked like he was having fun. He was charging without having to fight his bike all day and we could finally see the real Dungey. Which would be good for the rest of the season…

But Dungey HAS to win this weekend and start closing up the points. But will he?

I don’t have a crystal ball nor can predict the future. If I could I wouldn’t be writing this column. What I do know is that’s great timing to get a win for Ryan and get a confidence booster when Roczen struggled physically. There are 5 races, 10 motos left and 250 points to be distributed. RD is trailing by 26 which is 1 moto or 10% of the points left to score. It’s not much even with the KR/RD domination. Tomac and even Canard will get in the mix and help one or the other if they start mixing it up more. Budds Creek was obviously better for Roczen than Dungey in terms of points. But the dynamic and the confidence might have switched hands on Saturday. Add to that, Dungey has nothing to lose anymore and we could have a new 5-race championship series. Even if the 450 class has been a two man show, I’m liking it. Roczen dominates Red Bud and he struggles in moto two just seven days later and most of us, including me, are jumping on the Dungey’s bandwagon… Gotta love this sport hahaha!

Blake Baggett and Jeremy Martin are beginning to pull away from the pack here in the 250’s and we saw their speed and fitness rise up. Baggett caught, passed and dropped Martin in that second moto. As a former rider, is there a psychological edge for Baggett now?

Baggett’s won five of the last nine motos and Martin’s got only one win. So, yes, Blake has a psychological edge but, like I said about Dungey, you have to realize Baggett and Martin aren’t in the same state of mind. Blake has nothing to lose after a slow start of the season and Jeremy has to be careful not to do something stupid and lose points. But, like we say in French, your best defense is the attack… At this point of the season and in a class with a lot of riders who can mix it up with Blake and Jeremy, you can’t worry about points. If Martin does, he will not win this championship. He will have to ride like the first few races of the season and start to win, not start not to lose a lot of points. In the 250 class, where Anderson just won his first ever moto, where Webb has won a race, then you have Bogle, Pourcel, etc… 27 points is way less of an advantage than Ken’s 26 points in the 450 class… Hope that makes sense to you.

Pourcel seems to be fading a bit back the last two races and his game plan seems to be to get a good start and hold on for as long as he can. What makes him able to hold off these dudes for so long?

CP is the smartest 250 rider right now. He’s in this class for almost 10 years now if you count his GP days. He has a ton of experience, he’s super fast and rides the fast line while the “kids” are trying all over the place to pass him and losing time and energy. But the goal isn’t to holeshot and hold off everyone. It hasn’t worked for Alessi in the last 10 years-look where it’s gotten him. On a privateer team racing in Canada. Look at CP’s speed and his starts.Now imagine what the point standings would be if he had Baggett’s, Martin’s, Anderson’s, Webb’s or Bogle’s fitness? If he did, all those guys I’ve listed would be pulling their hair out and racing for second.

I am not sure what happened in Budds Creek but heard he was having some issues and obviously didn’t score a single point. It’s Chad Reed we are talking about. Everyone said he was done during last year’s MX season and he came out in SX winning 2 out of the first 5 races! He’s a former National champ and might not be a title contender in MX anymore but when I see Weston Peick getting top 5s, I have a hard time believing Chad couldn’t be up there too.

Will Eli Tomac win an overall before this 450MX season is over?

Eli has come out with a bang. Here’s a rider that came back to racing when he was at 100%. Which is way better than riding hurt and not being ready, that’s for sure. Eli’s scored 4 podiums out of 6 motos since he got back. That’s really good and I’m confident he can even do better. He’s hungry and relatively fresh compared to the guys that have been racing every single race since Anaheim 1. That’s a huge factor at this stage of the season. He almost got Roczen in moto 2 in Budds Creek. I think he realizes he can be up there mixing it up with the orange boys. For this to happen, he will have to put everything together starting with the starts! You could start 10th and win, it’s happened before, but it’s way easier to be in a position to beat Dungey and Roczen if you start in front. But, Eli isn’t known for his start skills. Eli, one advice, don’t listen to your team manager when it comes to starts!

What about Budds Creek as a track? What was it like to ride?

Other than having Doug Henry’s crash video in your mind from the Terrafirma series every time you got to that jump, the track is pretty cool… It’s definitely one of my favorites. I liked it even better when it was tighter. They cut off a few slow sections and the huge off camber that used to be where the starting gate is now. But overall, one of the best tracks of the series with a great crowd and a very passionate owner who loves GPs. I used to see Jonathan, the Budds Creek owner, at a few GPs every year when I was racing them. He’s always at MXDNs and he’s so into MX. That’s pretty cool and it’s also why the track is also great and well prepped in Budds Creek. The only issue I have with that track since I first rode there at the ’99 250cc GP is the start. The old start sucked and was super dangerous. The new start isn’t much better. I almost like the one from the mid 90s better that was at the other end of the track and was going up hill.

Swizcorner- "From Budds to Spring"