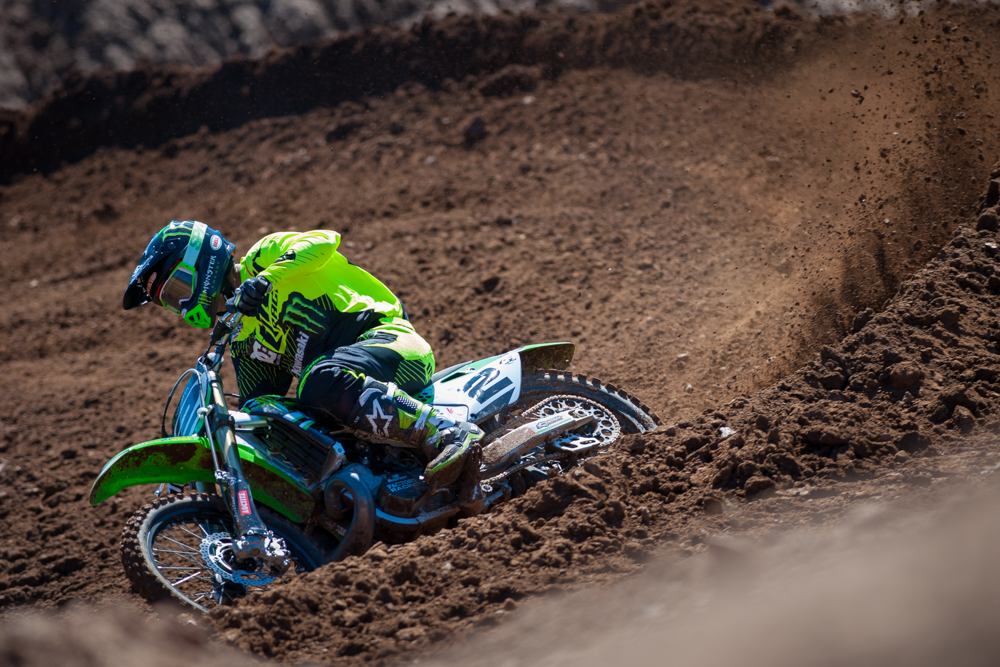 Shorter attention spans make capturing an audience harder than ever.

Shorter attention spans make capturing an audience harder than ever.

It’s no secret moto guys truly LOVE 2 strokes still. We at PulpMX noticed years ago when we shot an RV video at the Farm and threw in a lap around the outdoor track at the end of AC wringing out his supermini and the hits climbed like crazy! (Here’s a refresher: AC 2T)A few weeks back we started seeing these kooky little clips of pro racers such as Broc Tickle, Christian Craig, Jeremy McGrath and others doing their best to impersonate that sound we have all attempted at some point. “Braaaaaaaaap, brrrrrreeeeeeeeeeeaaaaaaaaaarrrghhhhh, wah wah wah wah wah, yeeeadap!”. These clips in themselves were exactly the right marketing ploy for TransworldMX’s latest MX expose, “Premix”. They were funny, showed a side of racers we rarely see and most importantly, they tapped into that bustling hive of excitement known as 2-stroke fanaticism.

Donn Maeda is a busy bee and compelled to keep his heart in tune with the pulse of what has core moto fans thriving in the moment. He also has a little tool called Google Anaytics which showed him that those tinfoil hat wearing 2 stroke fanatics are all too eager to click on anything that goes “Braaaaap”. 2 Strokes have been the DoDo bird of the professional MX scene now for going on 12ish years and time has proven that is when the heart yearns for what once was(well, other than that crazy-ass girlfriend).

It’s true, 2 strokes began a bit of a niche resurgence a few years back and those who held onto their love of them longest started poking and prodding saying “See! See! They really are better and more fun! Join us. Join Us. Join Us….” It really is a cult following. As the clicks prove and the claims made by the pro’s in Premix back up, 2 strokes really don’t seem to be going away…. Well, not the love of them anyway.

We live in a day and age where it’s all, “Now, gimme, more more more…” On to the next thing; repeat ad nauseum. The “Blog” fell to the wayside and in crept 140 characters and 15 second clips in an everscrolling timeline. The rabbit-hole is deep, slippery and hypnotic. You can’t just throw clips of riding dirt bikes together and expect anyone to stay planted in their seat watching. There needs to be a “gotcha”. For Premix, that Gotcha is interesting face to face thoughts on two strokes with the pro’s we are interested in. The riding is one thing and honestly FAR more intriguing than the riding is the pure “zing” and “bRRRRRaaap” of the bikes they are mounted on. The riding videos (short of JS7, Seth Enslow or Travis Pastrana doing something absolutely insane) are pretty mundane at this point in the evolution of moto videos. Premix does it right. The riding clips play second fiddle to the one on one talking points with the racers.

Troy Adamitis wasn’t the first to notice this “flipped script” of riding as second tier storyline but he is the one who blew everyones wig back with the implmentation and that’s the format necessary to play for massive clicks in this fragemented-attention-span 21st century.

There’s a heaping helping of laughs in Premix whether it’s riding error, awkward face to face secenes or someone a little quick with the tongue and a sailor’s mouth, the laughs are a huge part of making the video seem shorter than it is and making you enjoy the duration.

Saving Ryan Villopoto for the end was key. It’s crazy still. I never would have considered Ryan Villopoto as a favorite rider, yet his absence from racing is something I still haven’t come to terms with. Watching him in Premix only backs up that head shaking for me. He is flat out killing on that SR250. It only makes me want him back racing more and more importantly, in RV2’s candid one on one interviews, he is the RV that everyone on the inside knows to be the real RV. Not the guy who you’d see on podiums and TV interviews. He played the game the right way though and I honestly think the reason I miss him in racing is he just didn’t give a shit what people thought. He dutifully performed his PR duties but when the obligations were done, it was “peace, this is me, take it or don’t.”

But back to Premix… It doesn’t matter what I write about Premix, it’s 2-stroke based and that crowd is INTENSE with their dedication. Great sound, plenty of laughs, introspective thoughts on 2 strokes… It’s retro, it leaves 2 strokes shining in a great light.

Hold up now… Matthes here and I actually have a few thoughts on Premix as well.

Confession time: I don’t watch many motocross videos on the web. In fact, I watch barely any. I know in 2015 all the sites are getting great hits from these videos and they’re hiring video guys as you people devour these things up like they’re candy. And the introduction of drones has made for some really cool shots and opened up a new world for the directors.

But I like to read much more than watch. And let’s face it; videos have evolved into becoming much of the same thing. I’ll tell you what videos I DO watch and that’s the GoPro’s from the riders helmets. I love those, heat of the moment racing action where you can see where a guy is losing time or what happened in this crash. Great stuff but the typical riding videos you see every week? Nah, I’ll pass.

The new Transworld Motocross Video directed by Donn Maeda with help from Jordan Powell is something that I wanted to watch though. Because it’s different. Maeda got a bunch of two-strokes rounded up and took a variety of pros out to ride’em hard and put them away wet. I loved the interviews with some of the pioneers of two-stroke racing and loved the Dean Wilson segment on the 150. The bike is practically screaming for mercy and Dean-o tries to get lift-off. Watching Wilson go through a turn standing up is sweet.

Seeing RV again is great and in talking to him about his part, he really seemed to enjoy doing it. Which for RV, is half the battle.

Maeda didn’t use much music which was a good thing, it’s shot beautifully and looked awesome on my 55’ TV.

I would’ve liked to see Jeremy McGrath on a supercross track but that involves getting suspension done and all that. Taking The King to Barona Oaks track (San Diego) is a little beneath him in my opinion. I also wanted to know more about the bikes and where they came from. And I would have loved for Donn to try and get some Carmichael or Lamson on their 125’s race footage but that’s a whole can of worms I’m sure. I was trackside for those races and those two, among others, could make a 125 sing. But this is all light criticism, I loved the video. Most people know I’m not a two-stroke kook at all but there’s no denying that there is a growing segment of people who want these bikes back.

And so this is a perfect video for them and for guys like me (some would say “realists”) I loved it because it was different.