Dungey by the Digits 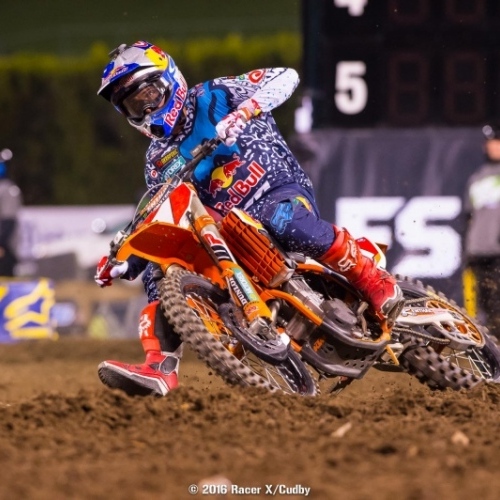 You can only say so many words about an athlete before everything starts to sound the same. I’m not quite exactly sure how many words I’ve written on Ryan Dungey over the years, but I’m going to venture and say that it’s more than a handful. That’s just me, which is just one media person. Imagine how many words those who report on the sport in general have written. That’s got to be over a bajillion!

My thought was that we wouldn’t write that many more words about him, rather we’d let his numbers do the talking for him. Well, I scoured the Racer X Vault to put some numbers together and came up with this impressive list. It gets pretty intense and I’ve spent the better part of two days counting more than the Count from Sesame Street.

I must have counted the amount of races he’s been in about five times (trying to be precise bro), so the number came out to be 240 in four out of five tries. I’ve also added the first three races of 2016 to all of the stats to keep his numbers up to date before the Oakland Supercross this weekend. So, no more words now. Enjoy the numbers!

5 plus 4 races – Seasons raced on Suzuki

4 plus 3 races- Seasons raced on KTM

This marks my year anniversary of working with Matthes and the gang here at Pulpmx. I just want to take this time to thank everyone for reading my columns and for supporting this site. If you’d like to email me you can reach me at Troy@pulpmx.com.