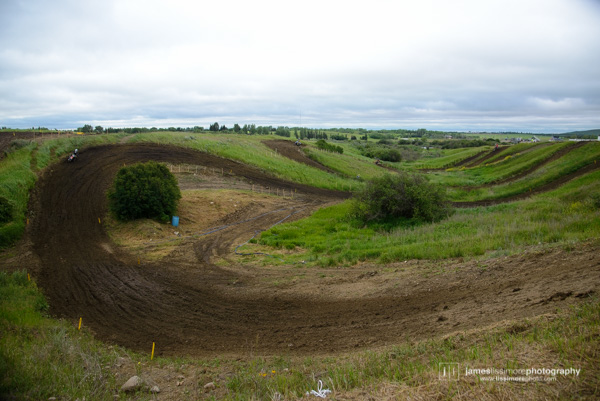 Round four of the 2016 Rockstar Energy Drink CMRC Canadian Motocross Nationals took us to Moto Valley Raceway, just outside the capital city of Saskatchewan – Regina. Right in the heart of the prairies, the Moto Valley track actually has a surprising amount of elevation change, for being in the flatest part of the country. One thing that was not surprising was the weather. Since the series returned to Regina three years ago, rain and mud have been a part of the stop every year and this year it again looked like it was going to be another mudder. Luckily, other than a couple small showers, the rain mostly held off throughout the day and the track held together after some rain on Saturday night.

Just like Nanaimo, we had another race win negated by a penalty for jumping on a red cross flag. This time it was in the MX2 class as hometown hero, Shawn Maffenbeier, saw his moto one win, in front of family and friends, taken away when it was deemed that he and third place finisher, Dylan Wright, had jumped.