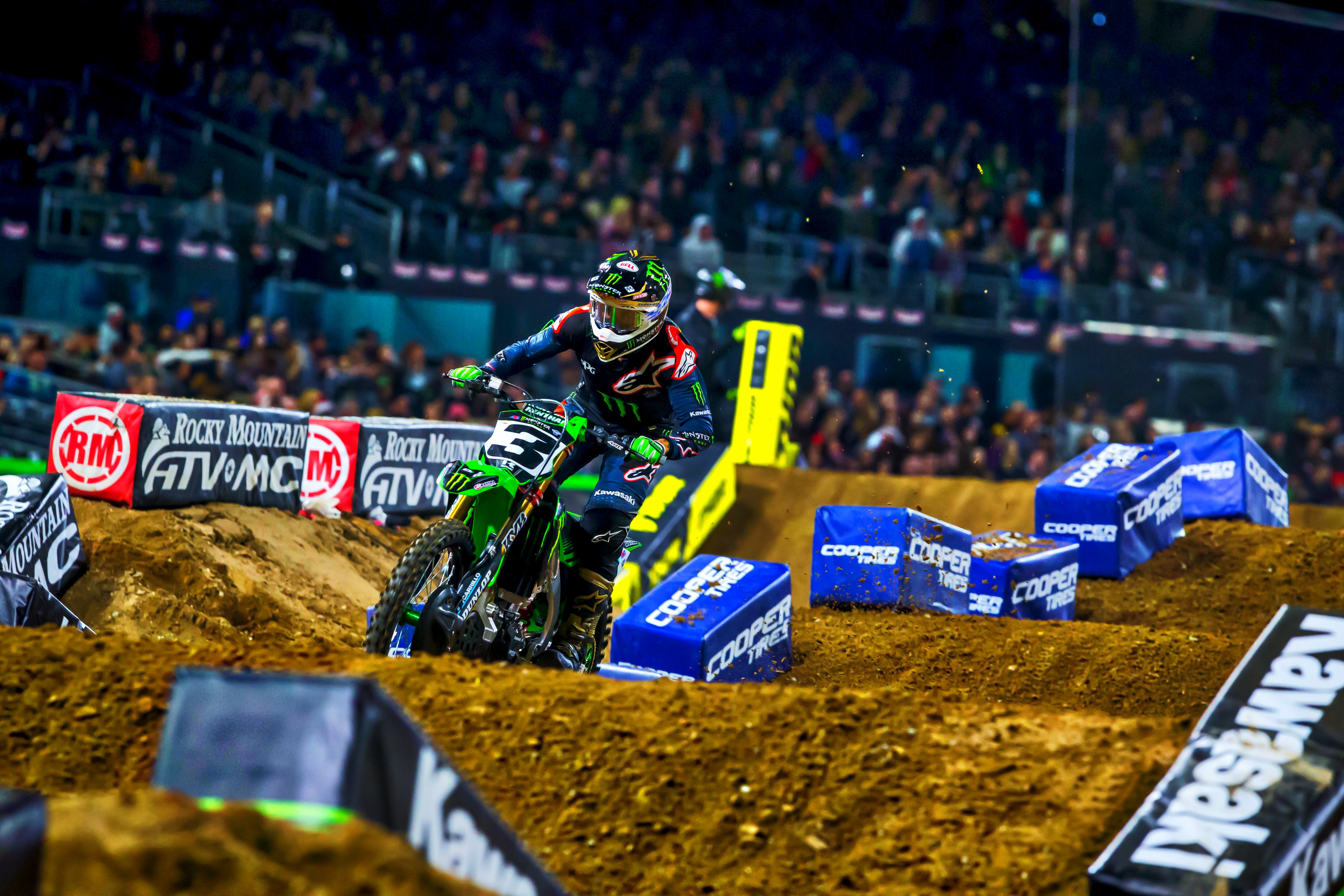 These are strange times in our sport.

It’s a transitional period that has fans scratching our heads wondering if there is a metronome ticking and could it in fact be broken. The metronome of the Dungey era was his underlying tone of consistency at the top. Regardless of what craziness occurred from week to week, Ryan Dungey’s consistency was our baseline touchstone for normalcy and a sense of familiarity during the series. There’s nobody that would have thought for a moment that the very first Supercross gate drop following Ryan Dungey’s retirement would be a literal gate drop on an alien era of Supercross in the premier class which manifests itself through riders of all proficiency levels handing over bushels of points at pretty regular intervals.

Obviously I’m primarily referring to Eli Tomac who has hands down befuddled every analyst, fan and enthusiast with not only his list of “Did Nots” (Finishes and Start) but also the incidents which lead to them and the urgency or lack thereof to fight back for maximum points.

A crash is a crash. What I mean by that is we can never adequately judge what a rider is dealing with in the immediacy of the moment of impact, the pain and state of mind… but that doesn’t make us any less quick to judge and convict in our minds. Coming into Anaheim 1, Eli was the hands down favorite. When he holeshot the main and starting to stretch out his lead, the story was unfolding just as intended by Factory Kawasaki and assumed by fans alike. When he went down, it was a hiccup… and then it wasn’t. Like we’ve seen in the past from Eli, things just aren’t what they appear to be or at least not what we have come to expect from past “never say die” Champions.

Eli seems to have a different thought process when a crash occurs. Have we ever seen Eli crash and flip the switch to overdrive in an attempt to remount, refire the bike and rejoin the race with minimal positions forfeited? Me neither. Every single time he goes down I feel like I was the one who was concussed and can’t figure out just what the hell is taking so long for him to get going again. The other conundrum in regards to Eli’s crashing is his frequency of leaving a race on a functioning motorcycle. I realize that Eli is paid to win but that only adds to the irony of these early exits. How ironic is it that the top guy on the team who is paid to win, is with far too much frequency, being paid to not even finish.

I really hate to do this but I gotta admit, my boss Mr. Matthes and I may have had the exact thought at the exact same moment in regards to the Eli and JS7 comparison. No sooner did I hint that I had a hot take in our group text for this edition of Swizcorner, than Steve moments later typed Tomac’s finishes this series followed by “STEW IS BACK!”. Dammit Steve. Brothers in arms I suppose. But oh how right it is. Stew always said that when the day came that he wasn’t winning races anymore, he would not stick around and be just another racer on the track finishing wherever he was capable. Maybe Eli really is cut from the same cloth but instead of referring to the grand scope of his career, Eli is applying this on a week to week basis? Seriously though, the further we get into Eli’s 450 Supercross career and the more stats that compile, it’ll be really interesting to see if this trend continues or if he rights-the-ship and establishes a more consistent track record of not only winning but finishing those races which he does not win.

Obviously I have nothing invested in Eli’s results and to be honest, his inconsistency only adds to the interest in the series for me as a fan and analyst of what occurs week to week in Supercross. The record books are for the combatants, unpredictability and compelling storylines are for us, the fans of edge of your seat racing.