2019 Supercross and the Return of a Bitter taste 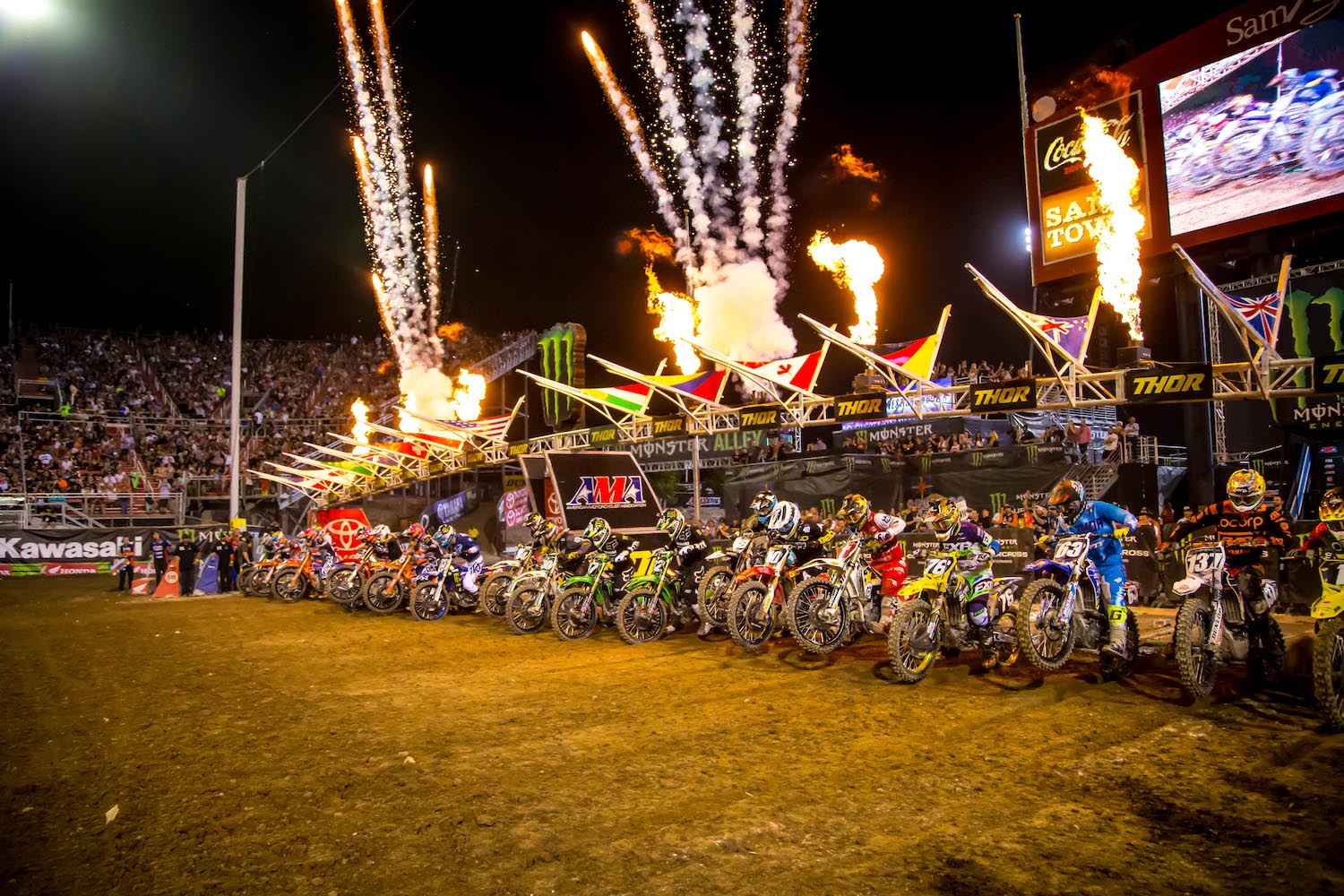 The day has finally come, the 2019 Supercross schedule has been cast in concrete and unveiled to the masses. The preoccupation with the announcement of next years Stadium Series has been mildly confusing to me in the last few weeks. I mean, we always have a pretty good sense that the first week of January will see the series kick off in Anaheim, hang out in the Western United States for a few weeks before working it’s way across the country, mix in a couple (hated by the industry) coast to coast runs and then finishing in Vegas. Some of my confusion was sated by claims that there are people who plan vacation days around the Series. Certainly this group is a minority but a vocal one nonetheless.
Especially in this day and age of nearly (and including) 100″ more real than reality, flat-screen TV’s, getting out to the races as a spectator is having less and less of a draw. This isn’t a problem specific to Supercross of course, it’s an easily predictable result of technological leaps, inversely non-simpatico costs (ie: increasing ticket prices and decreasing costs to watch on HD screens at home) and add on to that the parking costs ($40 in Detroit) WOOF!!
We Supercross and Motocross fans are a passionate bunch though and despite my total contentness to watch from the comfort of my sofa, I do have kids who retain the Live-show vigor I once held and can still relate to, so lets go down the list of stops on the 2019 Supercross schedule that we’ll venture to in the coming year.
1 January 5 Angel Stadium Anaheim, CA
2 January 12 State Farm Stadium Glendale, AZ
3 January 19 Angel Stadium Anaheim, CA

5 February 2 Petco Park San Diego, CA
6 February 9 U.S. Bank Stadium Minneapolis, MN
7 February 16 AT&T Stadium Arlington, TX
8 February 23 Ford Field Detroit, MI
9 March 2 Mercedez-Benz Stadium Atlanta, GA
10 March 9 Daytona International Speedway Daytona Beach, FL
11 March 16 Lucas Oil Stadium Indianapolis, IN
12 March 23 Centurylink Field Seattle, WA
13 March 30 NRG Stadium Houston, TX
14 April 6 Nissan Stadium Nashville, TN
15 April 13 Broncos Stadium at Mile High Denver, CO
16 April 27 MetLife Stadium East Rutherford, NJ
17 May 4 Sam Boyd Stadium Las Vegas, NV
Pretty standard stuff with the exception of rounds in Nashville and Denver which will be very interesting to see how those crowds represent. I’m as confused as anyone by the absence of the Tampa round which had such a big deal made about it last year. Detroit is back on the schedule and you would think I’d be amped about that but the pit setup at Ford Field just disgusts me, especially in the dead of winter. ALL HAIL THE PONTIAC SILVERDOME! (R.I.P)
To be totally honest, with the release of this schedule, I was hoping I’d NOT see any reference to the FIM and then I could hold onto a glimmer of hope that those useless toolbars were on their way out but nope! In the press release for the schedule we get a quip from the FIM’s Vito Ippolito reminding us that “Supercross is a very exciting sport”. Thanks Vito! Hot take right there. Honestly, I think I may have an unnatural reaction to the FIM’s continued involvement following the fumbled handling of the WADA enforced (even though they are not announced) penalties. It ties my stomach in knots to think about what the hell we are doing hitched to their facade of an organization with regard to OUR AMERICAN SERIES…
I gotta stop typing now before I either barf or get Steve into trouble with what I may convey.