Swizcorner Nashville: Own It 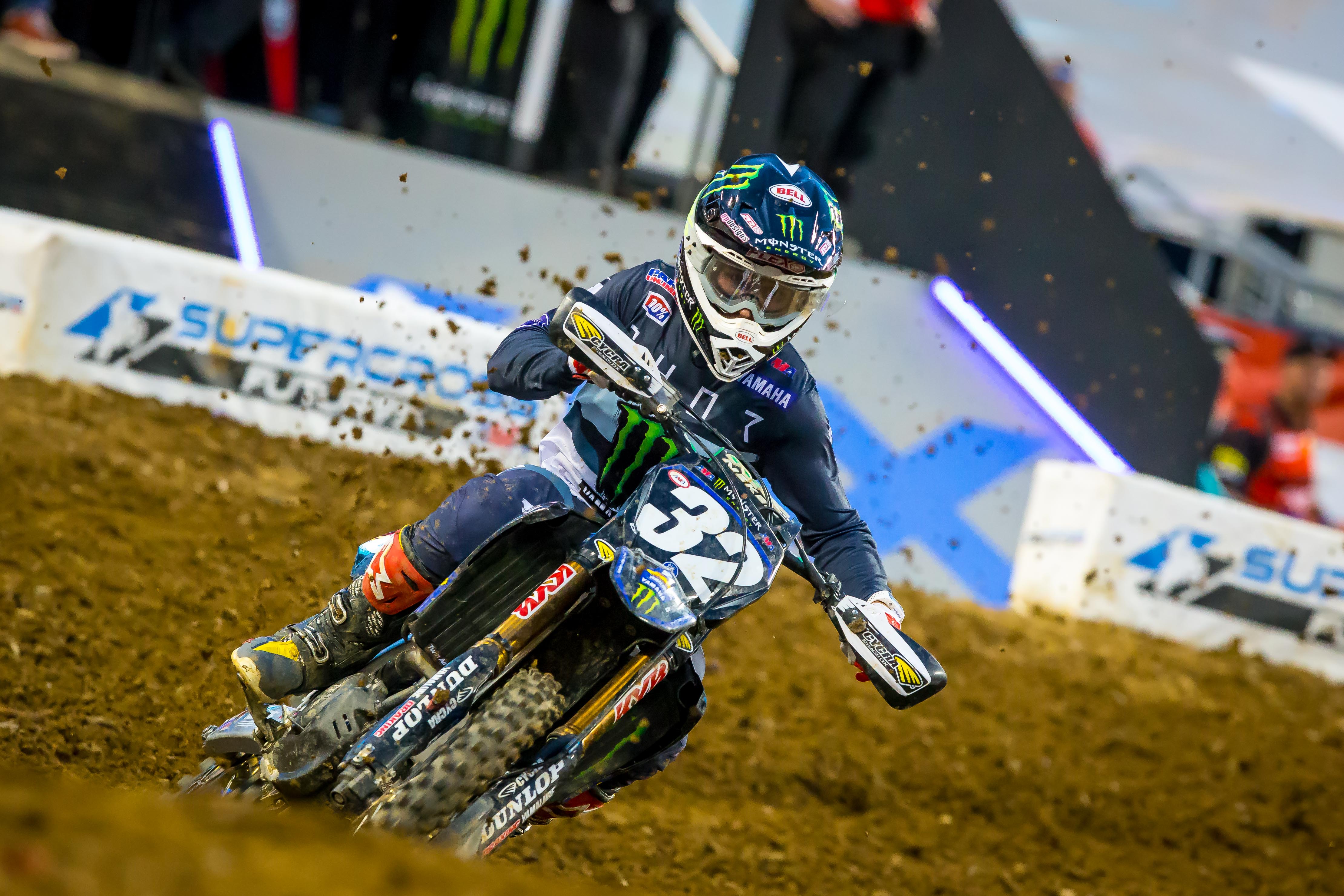 For all intents and purposes, the Nashville Supercross debut went swimmingly well. A unique and appreciative crowd on hand ACTUALLY showed oodles of appreciation for not just the racing action but the Feld show as a whole and that had to have been a huge sense of appreciation for those guys who hold a position that is rarely given a pat on the back. Feld is kind of like sports officiating, in a thankless position where on their best day, they are not mentioned. Nashville sounds like a shoe-in to see a return for 2020 judging from the impression it made on those I’ve talked to.

The racing wasn’t bad either. On a decent track we saw Austin Forkner finally tempt fate and not walk away unscathed. He’s done it during qualifying all season long, early on we were all putting money down on the lightning-quick phenom hitting the deck and blowing it but the weeks ticked off and he looked unshakeable in the Main Events. Even when the West came calling and I 100% expected Austin to digger himself in the process of proving his alpha-status against both coasts, he showed true maturity and let off the gas, living to fight another day. The Nashville whoops created fits for many riders but no one paid a bigger price than the 24 Pro Circuit rider. With the amount of piss and vinegar running through Forkner, for him to opt out of lining up, he has to be really buggered in that knee. He has a few weeks off but short of some horse tranquilizers, I’m not expecting a return. Plenty of us have done ACL’s while racing, if you haven’t consider yourself in rare company as far as racers go.

The two guys who were poised to benefit most from a “Forknerless Nashville” were Justin Cooper and Chase Sexton. Coming into the night, I looked at this duo as very similar. In his rookie year I was utterly impressed with Justin Cooper. He came into the outdoor series with minimal fanfare and he just put in work and produced respectable results. He is soft spoken, unassuming and motivated. He really comes across as a young Doug Henry to me. He’s been very impressive this Supercross series as well, despite Austin Forkner and Chase Sexton kind of establishing themselves as the alpha and the beta, respectively.

Chase Sexton came on the scene with that impeccable style. Very similar to Christian Craig. Last year in Supercross I expectd a lot more, I was really pretty underwhelmed with his results. He hit the ground quite a bit so comparing last year to this, I’ve seen some major improvements and despite not winning, he’s really married that great style with results to be proud of. Chase, like Justin Cooper seems to have his head in exactly the right place as a racer. Progress, results and ever-improving.

I was blown away by Justin Cooper’s move in Nashville that left both he and Chase on the ground. It flew in the face of everything I had come to expect from what I had seen from Justin prior to it. It was ill-advised, inappropriately timed, incorrectly executed and poorly explained away in post-race coverage. It’s a blemish on an otherwise bulletproof racer and many people took liberties on social media with their own judgements of Justin. In the moment, at the time of impact, I had one immediate thought and I tweeted it, “Goon move Justin”. It didn’t make me mad because I’m pulling for Chase Sexton, it disappointed me because it confused me based on everything I had come to expect from everything I had seen from Justin prior to the moment. It felt reminiscent of the run in between Eli and Marv in East Rutherford last year. Marv getting tongue tie with his attempts to minimize the choice and Eli essentially wanting to muffle his desire to strangle Marv. Chase was raging inside with every word Justin uttered attempting to explain it away as “us coming together”.

Following the race Justin made another bad move by attempting to explain the move away as just racing and didn’t quite work out. Looking at the results, the move didn’t have much impact at all. It moved them both back one position from where they were likely going to finish otherwise. The problem here, the issue that really caused the social media backlash, was Justin’s failure to identify the optics of the true perspective surrounding the decision to attempt that move. It was all of those things I described earlier and on the podium, really the only way to turn down the fan-fire aimed at him would be to admit that was a poor choice, because it was. And the real kicker here is, I think Justin knew before he even hit the ground that he had made the wrong choice. Attempting to sweep it under the rug on the podium and in the press conference was also the wrong choice. I’m not going to crucify Justin over this like so many online have opted to. It is one blemish in a short pro career filled with examples of why he is good for racing and will have a successful career. It’s a building block among many and just like everything in life, your grow and progress based on your failures. This error and the realization of it will benefit Justin in future scenarios such as this.