Can you believe we are already through 14 rounds of Supercross this season? Before we know it, we’ll be stuck in that lull between Vegas and Hangtown, thumb scrolling Draft Kings looking for some fantasy Nascar action.

This past weekend, Supercross visited Nashville TN for the first time ever and it did not disappoint. There was a great crowd, overlooking a hard packed and technical track that once again delivered great results for many Pulp MX Fantasy owners.

The overall for this week came down to a head to head battle between John Short (6) – 16% owned, and Josh Cartwright (9) – 43% owned. Interestingly enough the team with the higher owned player won, by the two-point differential between Short and Cartwright.

Congratulations to Brett239 for taking down this weeks overall with a fantastic 319 point score!

Brett was beyond solid with his team selection this week. Based on this weeks individual rider results he picked the highest scoring team possible in the 450 class, and just missed in the 250 class. He also correctly chose the 450 class first lap leader, Cooper Webb.

Congratulations on a great overall win!

Some very high pick trend riders this week concentrated on only a few riders. This tells me that the handicappers might have left a few soft spots to be exploited, and were they ever. In the 250 class, Ryan Sipes had an incredible 49% pick trend, Josh Cartwright and Freddy Noren followed, with 43% and 35% pick trends respectively. In the 450 class the trend percentage soared above 50% for one rider. Chris Blose was chosen by 52% of owners. Justin Starling followed Blose at 45%, and then Ken Roczen at 32%. 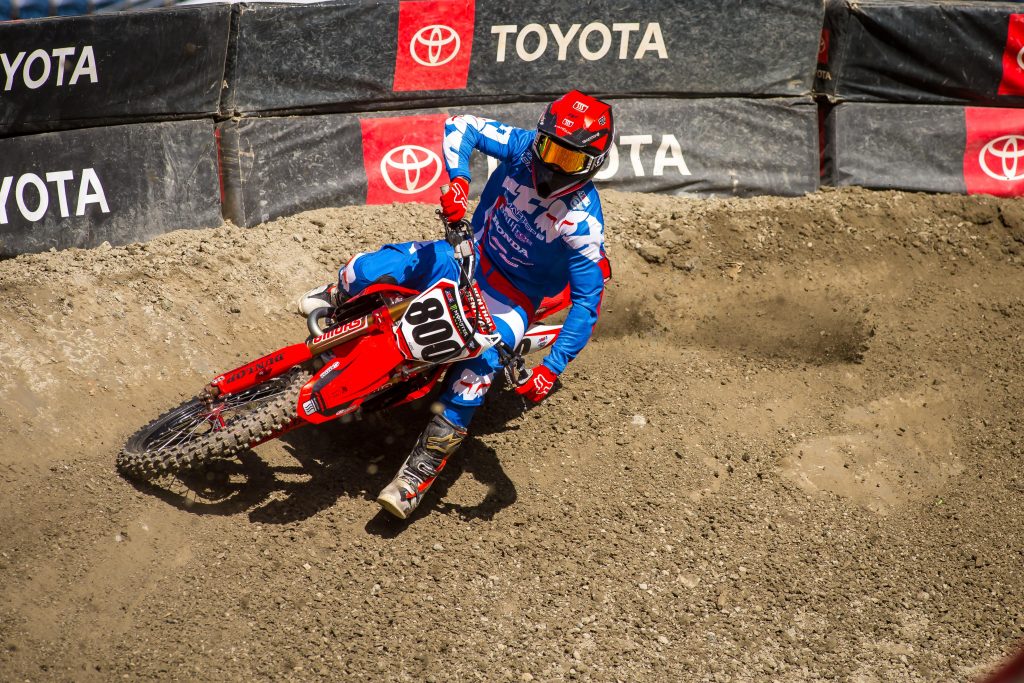 This would have been a great week to pick Weeks! Going back to this column a few weeks ago, we documented a trend with the east coast 250 class where riders who were on the bubble in qualifying were making the main. This week was no exception as we saw James Weeks (16), who qualified in 27th, but on the same second as 21st, put it into the main. Understandably, he had very low ownership at 1%. He rewarded those owners with a perfect 52 point score.

The really interesting thing here is that none of the 1% who picked Weeks had the rest of the combination correct; otherwise they would’ve or could’ve taken down the overall. 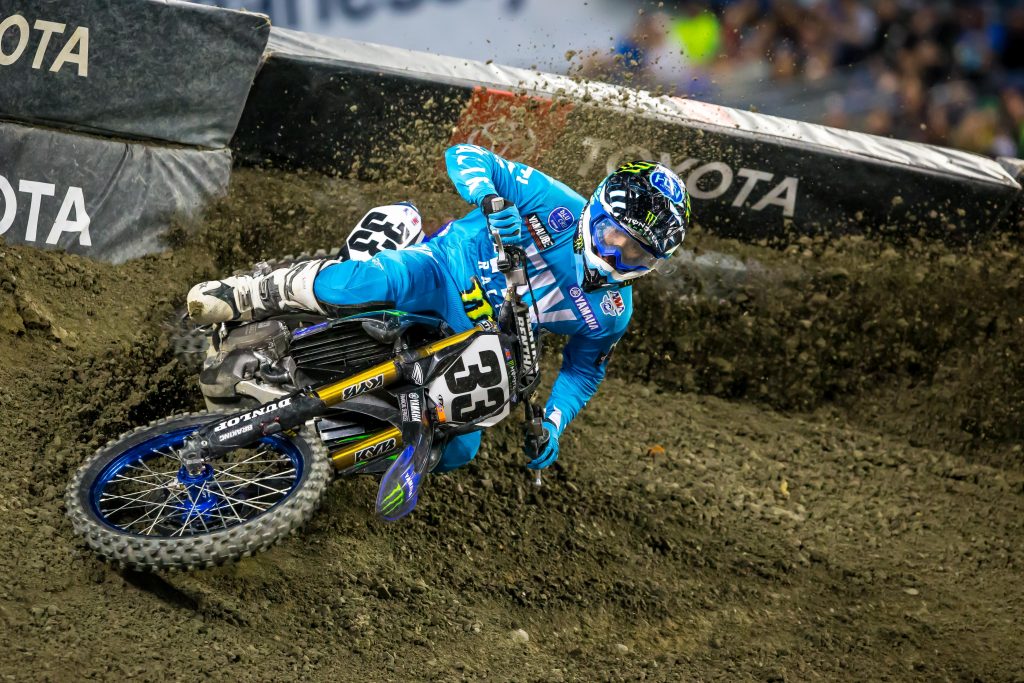 No real duds in the 250 class, unless we count Austin Forkner (0) who still managed to have 16% ownership. His pick trend being that high really surprises me as there were some very strong choices in the class, especially with his injury, what were you guys doing? Hoping for a speedy recovery for Austin!

Josh Grant (9) is now in the third week of his fill in ride with factory Yamaha and it’s not going well. We have seen his handicap increase with each passing round as a result. This week he entered Nashville as a 9, started the main in 12th, worked up to 9th on the 5th lap, and then promptly crashed out. This left 24% of team owners who selected him with only 11 fantasy points.

The original fantasy pod crew of Paul, Dan, Steve and JT were all on air this week to make picks. Paul chose Mitchell Falk and Justin Starling for 90 points, Dan chose the same combo for 90 points, Steve also chose Falk & Starling for the 90, and finally JT went contrarian, choosing Bradley Taft and he things Josh Grant for 11 points.

This leaves us with a three way tie for the 100% Lead Pipe Lock between Paul, Dan, and Steve. I think we should give it to JT though for having the courage to make a contrarian pick.

This season in the 250 class picking a Pro Circuit Kawasaki rider for either coast has been pretty close to a lock for 15 extra points. As a result we have seen a higher than normal percentage of team owners making picks, with a correlating high percentage of them correctly choosing Forkner or AC, depending on the coast. This week we unfortunately saw Forkner injure himself in practice. This resulted in a drastic drop in percentage of teams who chose a 250 LL, only 28.3% chose, with only 2% correctly guessing Martin Davalos… a Team Pro Circuit rider. How did we all miss that, and of course it’s a PC rider, right!? 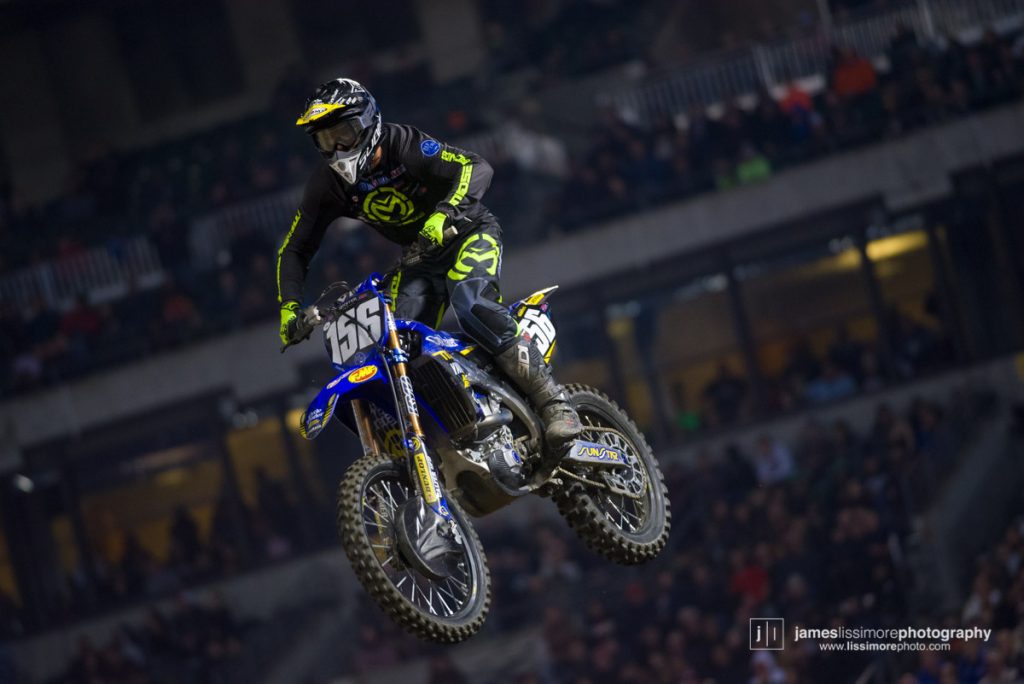 Have you guys been following the track build for Denver? Yesterday on social media there were a lot of photos of an under construction and very snowy track. Currently the weather is calling for a partly sunny 46-degree day in Denver on Saturday, so the racing should not be affected by weather.

We’re back to the west coast for the 250 class this week. A quick scroll through the handicaps and a few things jump out at me. Michael Leib had a great showing in Seattle, finishing in 14P and enters the Mile High City with a 9 handicap. Also, keep an eye on Jacob Hayes in practice, he will begin round 15 with a 3 handicap and is very capable of a top ten finish.

For the 450 class I like Cade Autenrieth who is coming off of an 18P finish and will still have a 16 handicap. Finally, Ken Roczen as an all star with a 6 handicap is a lock it and break the button off pick.