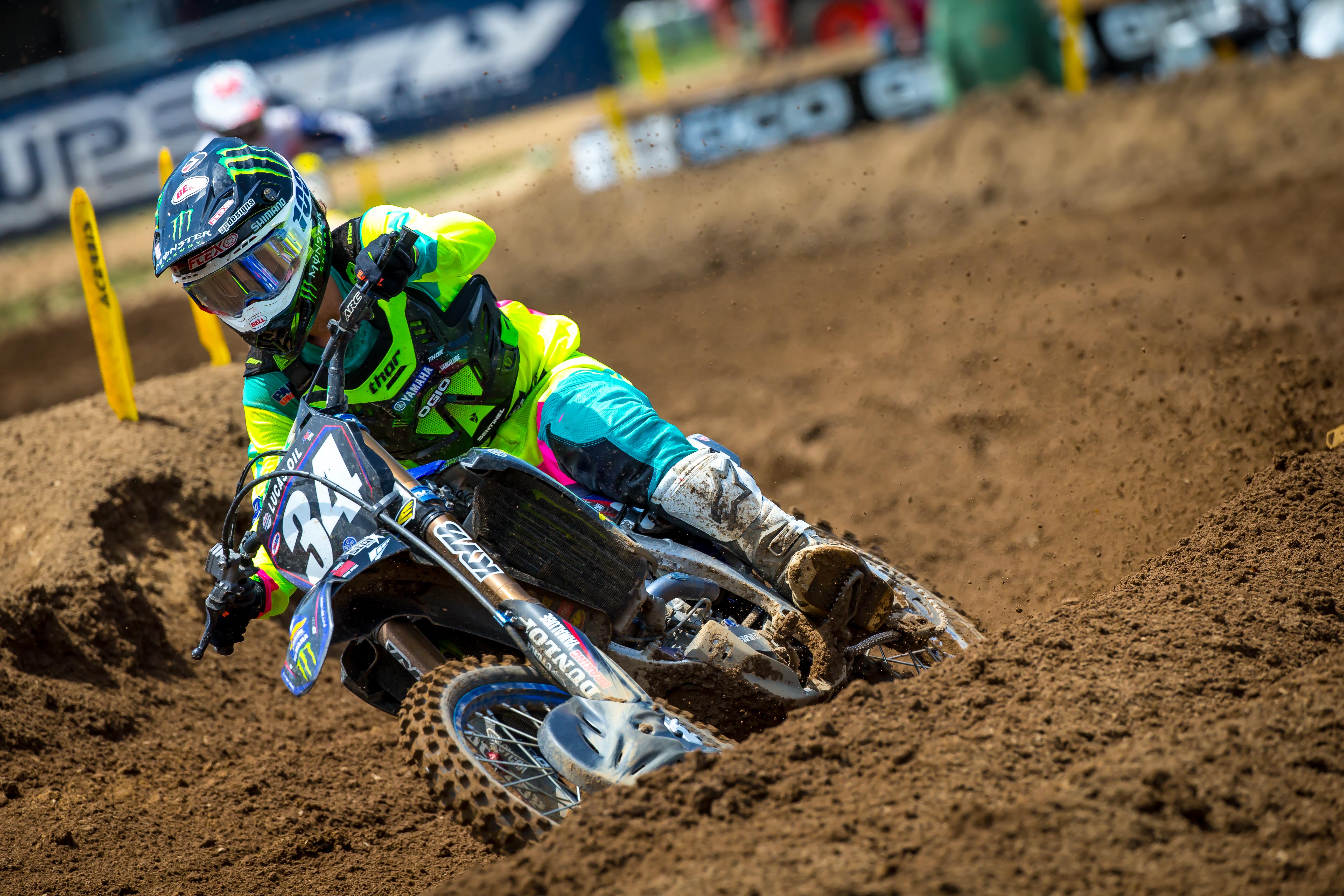 And just like they, we have passed the 1/2 way point of the outdoor series. The race calendar year is flying by like it always does when the action is intense, results varying and new drama being introduced weekly.

This weekend off we have coming up could not come at a more apropos moment. We’ve got guys like Chase Sexton who still haven’t leveled out since the WW Ranch scorcher, guys like Dean Wilson who made his series debut from injury yesterday, a bit premature but walking away with a respectable result and an idea of where to focus his attention as he looks towards Millvile, and then there is Zach Osborne who was on an impressive upswing heading into Red Bud but just hours before departing for my home-state, went down hard and suffered what I’d describe as a complication due to a prior injury and it proved to be serious enough for he and the team to opt out of Red Bud. That’s no easy decision, especially coming off his first Moto win and at Red Bud a track where Zach really shines. These guys and many more are well overdue for a break and a series-recentering in terms of mental approach.

In the 250’s we’ve seen a slowly emerging Dylan Ferrandis who early appeared to be suffering from “Supercross title-itis”. His prep was delayed and his starts were lacking at the onset of the series but lately they’ve really come around and his love of Redbud, which we first saw at the MXdN, was evident yesterday as well with a more “typically” prepped Red Bud circuit. Comparing the turn around of Dylan’s recent MX rounds with the juggernaught-like series start for Adam Cianciarulo all adds up to fans agreeing that Millville cannot come soon enough!

Justin Cooper has fallen off his pace a tick or so and Dylan scooped them up and took over the points lead with his 1-1 scores yesterday.
These Star Yamaha’s are really looking like the first year Pro Circuit debuted on Honda’s. No one had seen an outfit like the Pro Circuit Peak Honda’s in 1991 and although the 250 team motif is well established by this point in 2019, no one has surprised the 250 class as a whole like the motor package Yamaha has with the Star bikes. The Star Yamaha’s have the best motor in the class and in my mind, it’s kind of mentally defeating some other top riders in the class. When you put in the same physical work that has always worked for you, yet you see Blue bikes pulling you on every incline, it really is a defeating feeling and one that leaves you thinking “well this isn’t MY fault”. It’s gonna be extremely interesting to see any of the current Star riders on different brands at some point or riders, like say a Mcelrath who are coming to Star and see what their results do as a result of the brand switch.

Adam Cianciarulo had himself a rather confounding first Moto with a couple off-track excursions that had DV all riled up on Twitter. The first infraction came a few turn in and AC was really doing himself and Ferrandis a favor by jumping to the left to keep from landing on the Frenchman’s heads; no foul there but the second one wasn’t so simple. Across the finish line, A Mart came over on AC’s line which left AC with no out but outside of the banner, which is where he went but the trouble with the route was the fact that AC was on the gas pretty hard as he lane split between the fence and banner. Local boy Joey Crown was right there when AC re-entered and while they didn’t come dangerously close upon Adam’s re-entry, the real issue was the fact that AC was accelerating while off-track. DV, the Star Racing crew and certainly Ferrandis and Justin Cooper in particular were very happy to see Adam finally assessed a penalty for his off-track antics. It’s certainly not part of AC’s race craft but it’s also happened more than you would consider acceptable over the course of 7 rounds of racing. Although he was docked 2 spots for the Moto, he couldn’t be denied the podium overall and he maintains a 25pt lead over, yep you guessed it, Dylan Ferrandis. The most perplexing part of this points battle is the flipped script in terms of who has “friends” and who doesn’t when compared to the classes history. AC is the lone Kawasaki in the top 10, while Dylan’s 2nd place holding is a mere point more than teammate Justin Cooper and 77pts back to his other Star brethren, Colt Nichols.

It’ll be interesting to see as these final rounds shape up, does Adam get back to his winning ways and or does a real inner rivalry develop between the Star Yamaha trio?