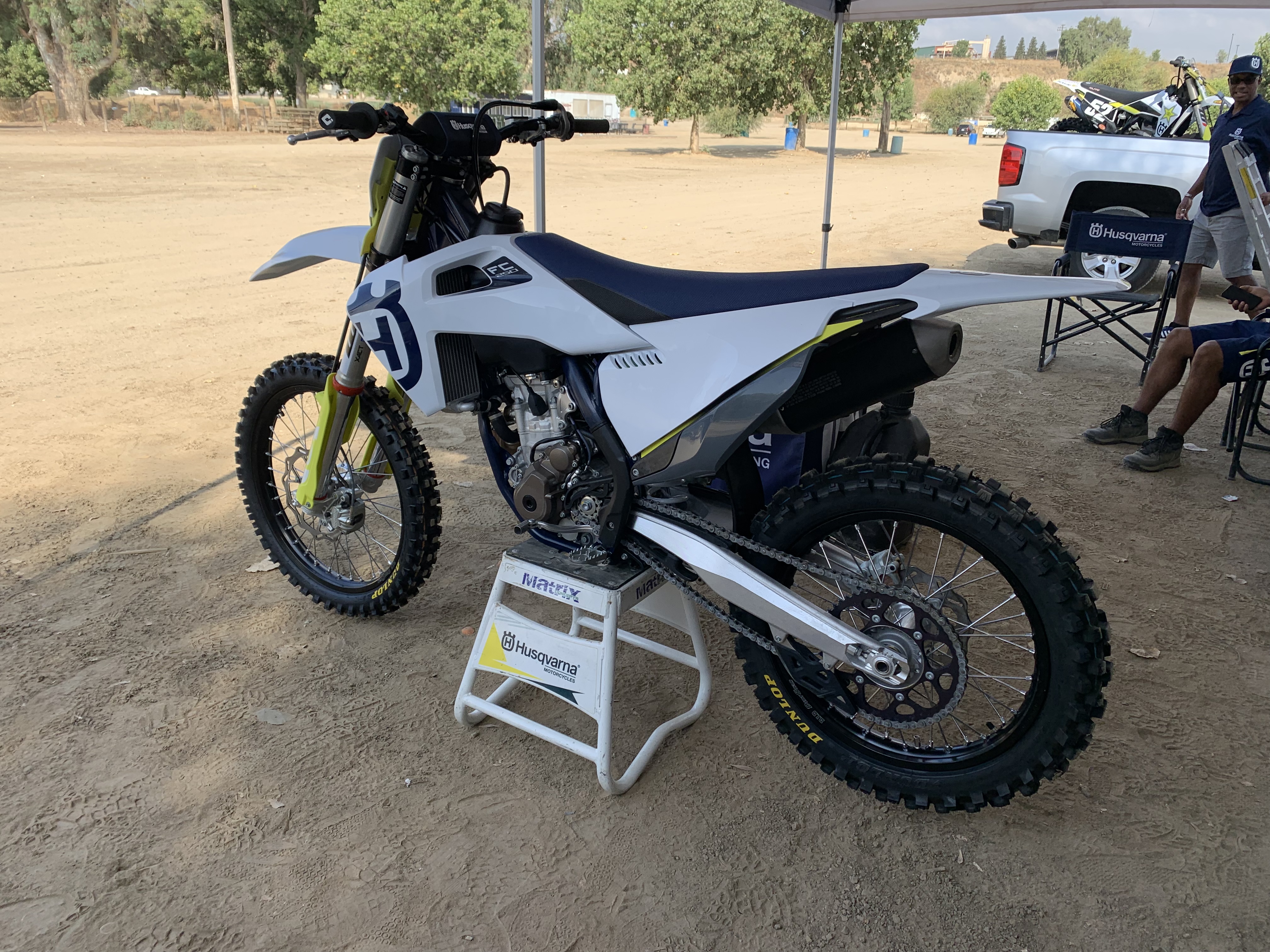 I had the chance to spend some extra time on the 2020 FC250 and managed to try several settings to see which direction could be the correct way for you Husqvarna owners. Here are a few baseline settings you can try to get more comfort out on the track.

Suspension: For 2020 the Husqvarna theme was to get more comfort out of the WP suspension and although I think they did do that to a certain extent they might of went too soft for most of the riders that will be purchasing this machine. Here are a couple different settings (based on weight) to try next time you’re out on the track. Note: When adjusting your air pressure in your fork, make sure to check your fork pressure before you start riding as well as after your first session. Your AER fork air pressure will build up the first time out considerably within 15 minutes. After you come back in, let the bike sit for around 10-15 minutes and reset to the desired/recommended air pressure. The AER fork shouldn’t go up in air pressure as quick/high for the remainder of the day. It will start to creep up, but the amount in which it does is not nearly as fast as the first time it gets warm. 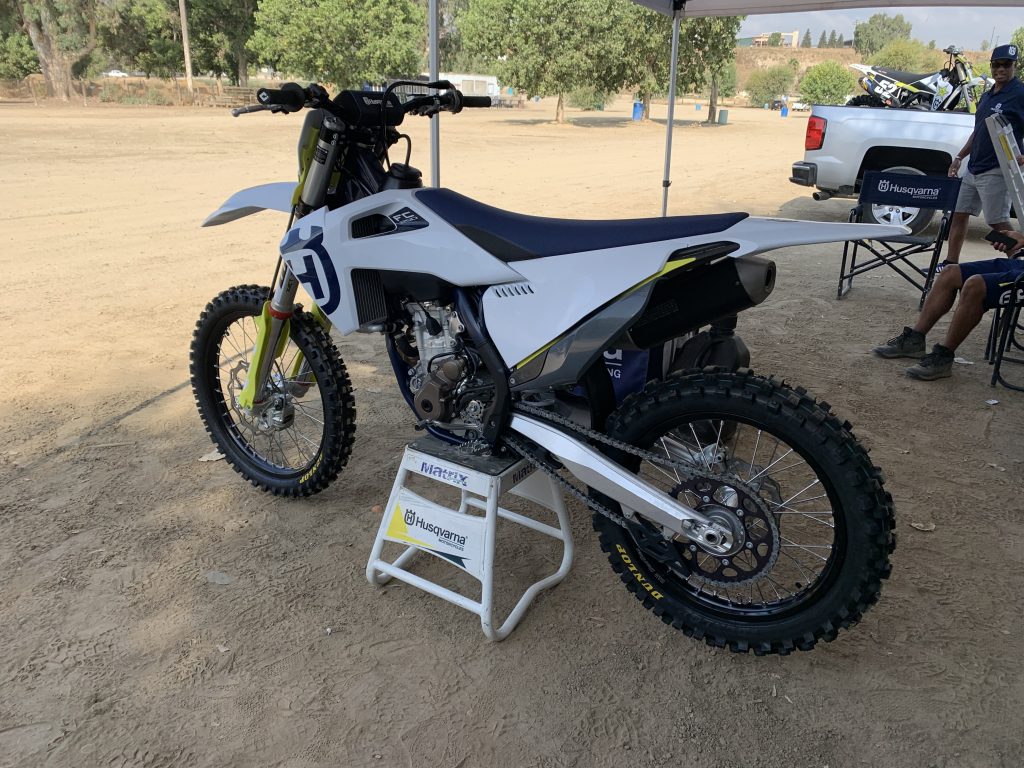 Engine: If you’re looking to get more out of your engine without diving into the engine too much there are a couple relatively inexpensive mods you can do. A stock ECU re-map from Jamie at Twisted Development can get you some added RPM response along with some increased pulling power out of corners. If there is one area of the engine that the FC250 needs helps with it’s the low end RPM response and pulling power. The Husqvarna is NOT a torque monster, but instead loves to be ridden in the mid-top end range. With the stock ECU re-map the Husqvarna will get some more “pop” out of corners, have a free-er engine rev feel, as well as pull you out of the corner harder than the stock maps. The beauty is that you still have two maps to choose from, but now both newly programmed maps have more pull than the stock maps provide. It’s a relatively low cost item for the performance gain. Of course if you have the money a Vortex ignition is always a good idea, but that also will set you back 800-1000 bucks. The Vortex will give you increased power everywhere in the RPM range and can make your engine have an even free-er rev feel, which makes the FC250 more exciting to ride. A lot of times a Vortex ignition, muffler system, and suspension work is all I ever do to my race bikes. 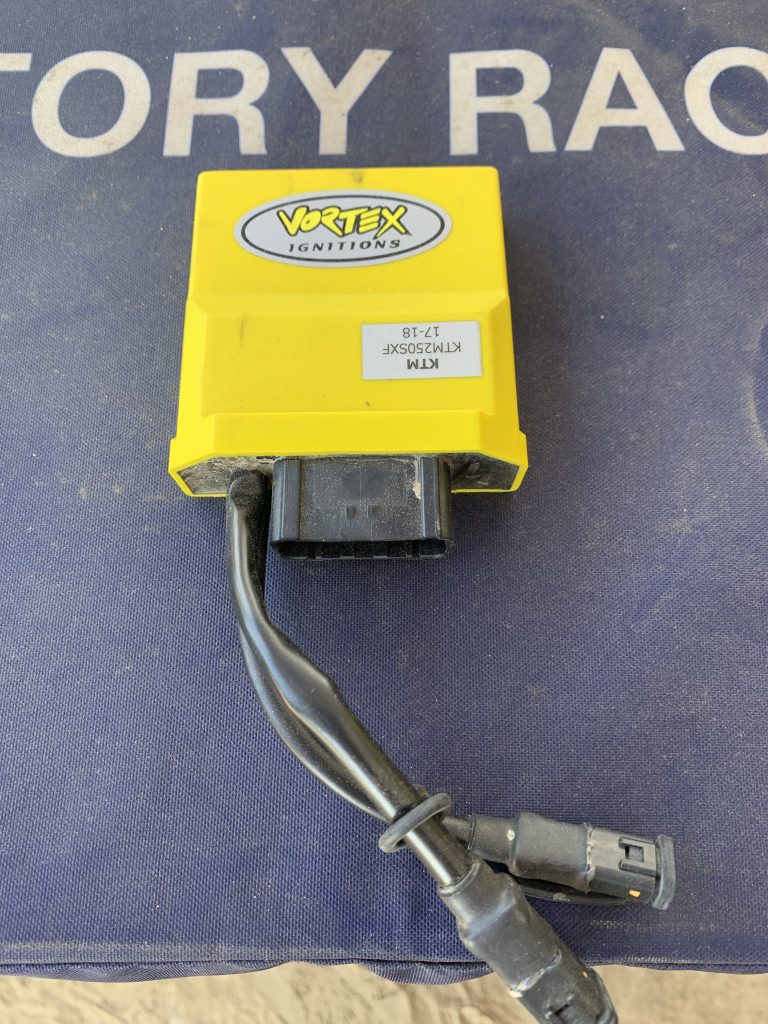 The second option is going with an aftermarket muffler like a FMF 4.1 or even a Akrapovic. Both of these mufflers provided more mid range and top end but also increased throttle response. You will not be getting any added bottom end, but the good news is that you will not be losing any as long as you keep the inserts in. The FMF requires you to install the insert/spark arrestor and the Akrapovic comes with it already installed. LEAVE THEM IN! Back pressure is the Husqvarna’s friend.

Gearing: Going to a 13/52 gearing helps with rear wheel placement and of course using third gear around the track more. Using this gearing puts the rear wheel back further and can increase the stability of the FC250 without sacrificing too much lean in when coming into corners. Also this modified gearing ratio will help get you out of second gear sooner and let you use the engine where it’s intended to be used. Second gear can bind this chassis up more than other machines (feels much tighter in second gear than Japanese bikes) when the track gets rough. Third gear has such a free-er feel (compared to second gear) on the FC250 that you will be able to pull yourself out of corners without the high rev/binding nature of second gear. Using this 13/52 gear ratio frees up the rear end under load/heavy throttle and allows for increased rear wheel traction. If you feel like you’re having to shift the FC250 too early coming out of corners, try 13/52 and use third gear. Boom! 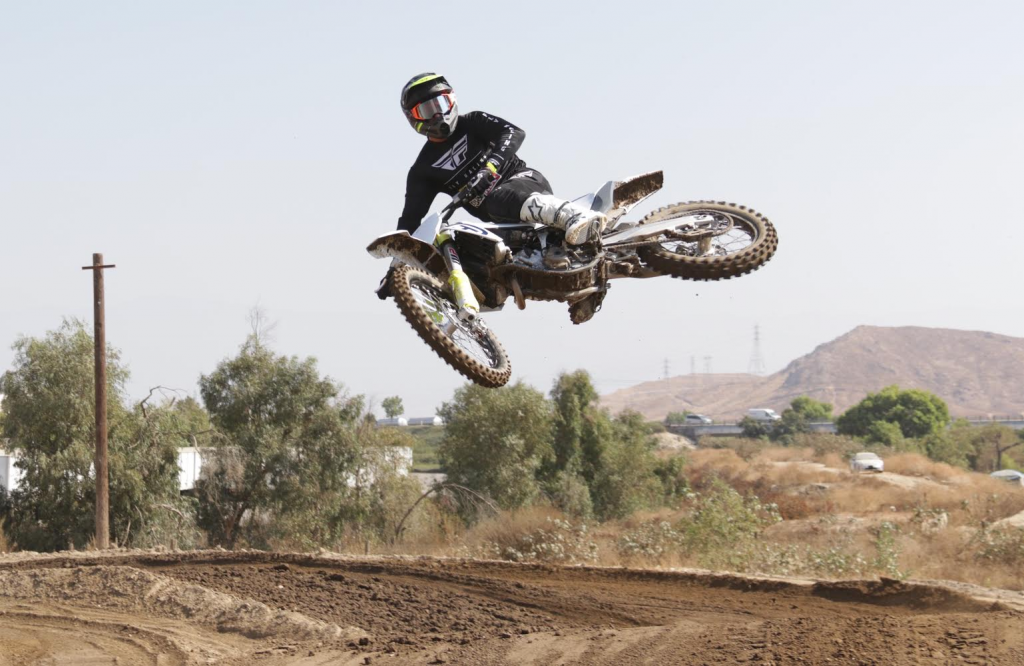 Triple Clamp Torque Specs: If you’re still living with the stock clamps you can try this torque spec setting on the pinch bolts for a more complaint front end feel (on braking bumps) with increased lean angle traction. If you DO NOT feel like you need more front end compliancy on the FC250 please disregard this and keep living your life. This was just an option that I stumbled across that can make some difference in comfort. Going slightly lower on the lower clamp torque spec helps with front end flex and fork stroke movement. Going to a factory Husqvarna accessory triple clamp eliminates binding and gives the FC250 a softer initial touch with more de-el front end comfort, but those are expensive right? Doing this minor torque spec mod helps bridge some of that gap between stock clamp and accessory clamp.

Axle Blocks: Invest in the Ride Engineering or the Works Connection Elite axle block kit as either or will give you more rear end traction and keep the left side axle block from binding up rear wheel/swingarm area. This is an old KTM Race Team trick.

Black Throttle Cam: This goes without saying… Use the black throttle cam for best overall power to rear wheel connection.

Maintenance Intervals: I change my engine oil every 2-3 hours of ride time, but for the normal weekend warrior you can go as far as 4 engine hours. I use Motorex, Blud, Maxima or FirePower 10/40 synthetic engine oil as they all work well on this machine. Keep a fuel filter handy in your tool box as they can get dirty and cause issues down the road with starting or even give you a dirty/rich feeling sensation when they are clogged.