Hey everyone, wow, what a night of racing at A2! I was wondering, as I was listening to the boos cascade down from the stands, how many of the people booing… had Christian Craig on their fantasy team? The odds are high that a few of them did as he had a 55% pick trend percentage.

As to the PulpMX Fantasy weekly overall championship, we somehow wound up in a tie at the top, again! Congratulations to Thrasher77 and Lott768, they scored 264 points with two different teams. Let’s break it down! 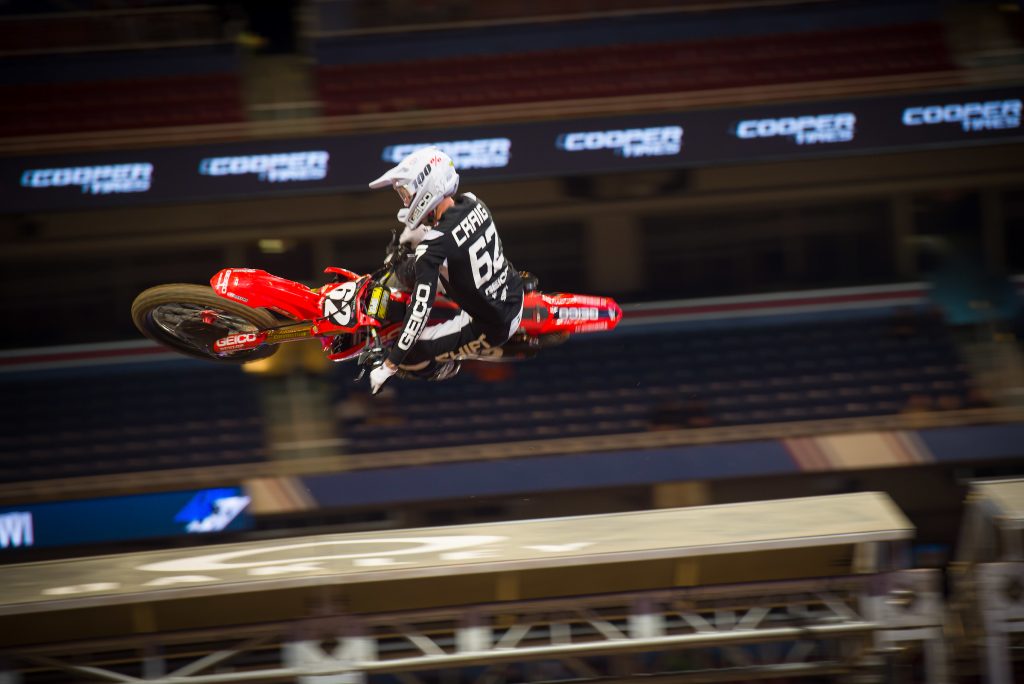 Key to their success: Avoiding Christian Craig chalk. This week it was as simple as that, a leverage play on 55% owned Craig made all of the difference in the world. Thrasher chose Jay Wilson (8) who delivered 42 points at 15%, and Lott chose Luke Clout (3) who also scored 42 points at 28%. Great game theory plays by both!

As we resulted in a tie, this week’s winner is decided by last week’s score from STL, so Thrasher takes down the first prize Fly Racing Blake Baggett jersey via his 221-point STL score, congratulations Thrasher!

This week we still had some high pick trends in each class. The 250 class had two riders with a 55% trend, Christian Craig and Dylan Ferrandis. Go figure! Can you imagine what scoring would have looked like had they both been unable to continue? We also saw Michael Mosiman join the >30% crowd with a 34% pick trend.

Note: Adam Cianciarulo’s 61% pick trend from A1 remains the highest trend of the season. 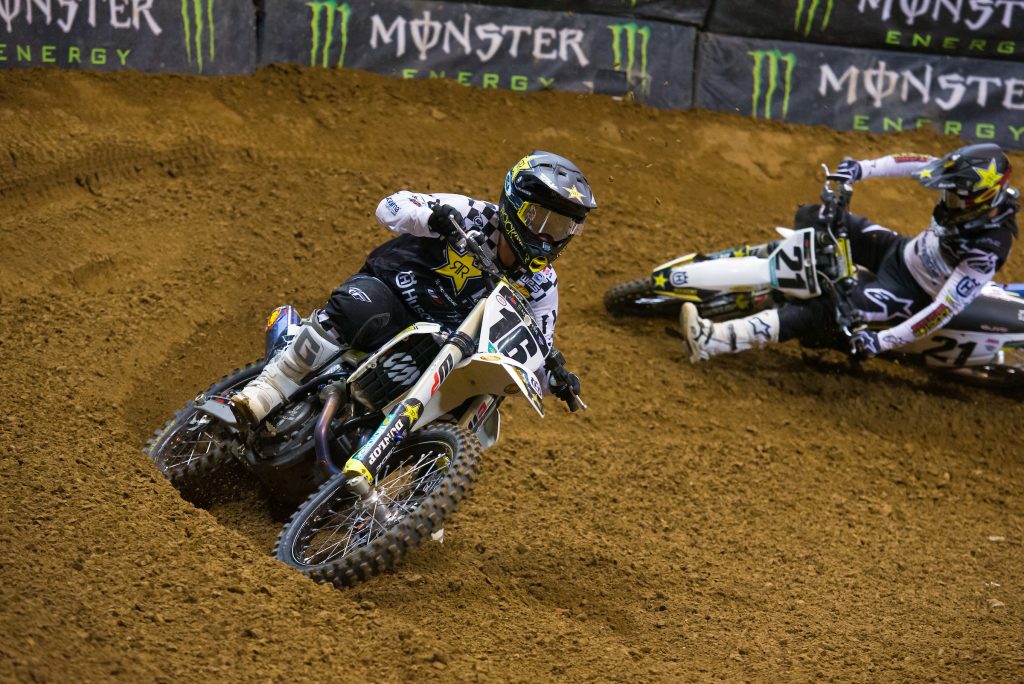 If you follow my Twitter you might have seen me tweet pre-race that I thought there was a lot of noise with qualifying, and that people should disregard Q times for Zach Osborne and Justin Brayton. As it turns out, they both had strong scoring nights, with a low pick trend. It’s a good reminder that you sometimes need to go with pedigree and experience over a single session of qualifying.

When Christian Craig got torpedoed by Dylan Ferrandis it took down 55% of PulpMX Fantasy teams. Tough night for Christian, and those who chose him. Not much else in the 250 class to speak of.

Benny Bloss continued his up and down season, landing him here this week, he was only able to secure 9 points for the 24% of teams who chose him at an 8 handicap. 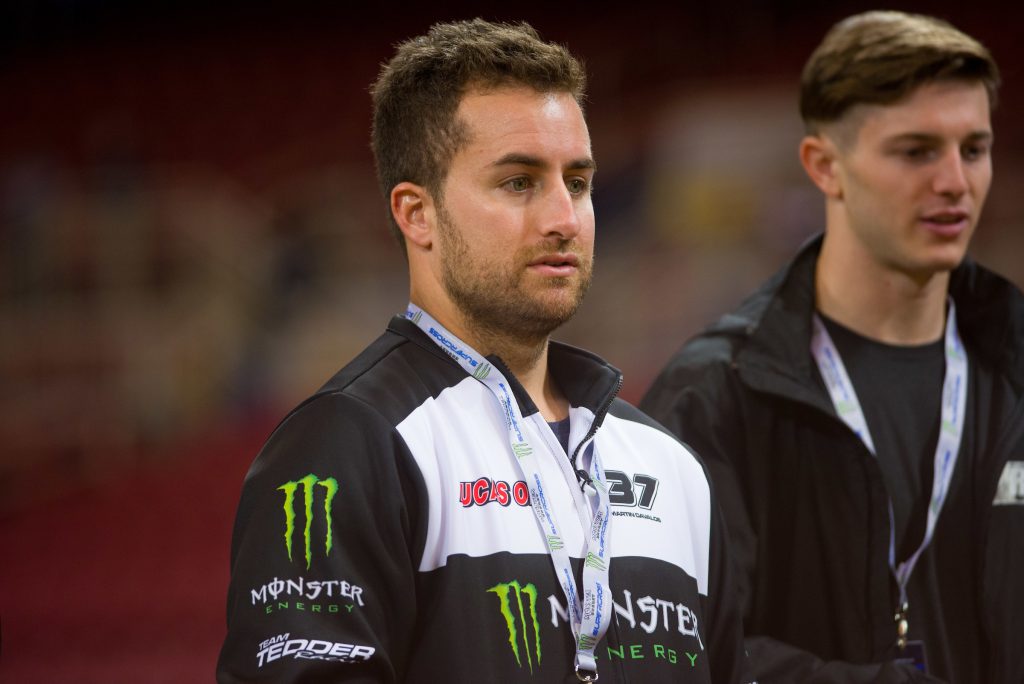 The 450 class was topped in scoring and pick trend by Martin Davalos (7) who got up from an early crash, thinking about PulpMX Fantasy (true story, listen to him on this week’s show) and raced his way up to 13P, scoring 34 points at 44% pick trend. We also saw continued improvement, as promised, from Dean Wilson (3) who had a nice 32 point score at 29%.

Dan and JT are your week three 100% Lead Pipe Lock winners with 76 points. The season breakdown looks like this. Paul and Dan are tied for the overall at 162 points, JT who only made one of two picks for week one is next with 142 points and Steve is head of the PulpMX Fantasy Lead Pipe Lock Basement Club with 124 points.

So, like everything else this season, we have a tie for the week and a tie at the top. Congrats to everyone but Steve!

The early season Pro Circuit Kawasaki FFL dominance came to an end at A2 and the correct percentages dropped like a GEICO rider being passed by a Frenchman (too soon?). We saw 37.2% pick a 250FFL with only 3.7% correctly choosing Christian Craig. The 450 class saw 26.9% of teams choose with 23% correctly choosing Ken Roczen. It was a clean sweep of the FFL’s by Honda!

All Star perfect scoring: Ken Roczen and Justin Cooper are the only riders to score 26 perfect points at all three rounds this year.

All Star perfect score percentage: To date an average of 45.8% of All Stars in each class have had perfect scores (11 out of 24). This is up a bit from average, which hovers around 37.5%.

Going back to what I mentioned above, this week was a great example of how you should not base all of your picks on a single qualifying session. Ignoring what I called “a lot of static” paid off nicely for me with my Justin Brayton and Zach Osborne picks. Remember to always factor in opportunity and experience. A factory supported rider like Zach or JB10 have that support for a reason, when value presents itself on riders like them, grab it.

Looking at Glendale, people who chose Christian Craig at A2 are likely to be cursing their fantasy fate and a Frenchman. CC is going to be available to only 45% of the league and will be 2x point eligible with what will be a juicy handicap, I’m sure. Pick him if you can. I would also keep an eye on Killian Auberson. He has been sneaky good with finishes of 15P for 34 points, 14P for 28 points, 10P for 38 points. Not a bad three weeks.

Glendale will also be the first Triple Crown of the season; a good start is critical! For this reason, I like Vince Friese, Blake Baggett, and of course, Marty in the 450 class. All are 2x point eligible, roster them if you can!