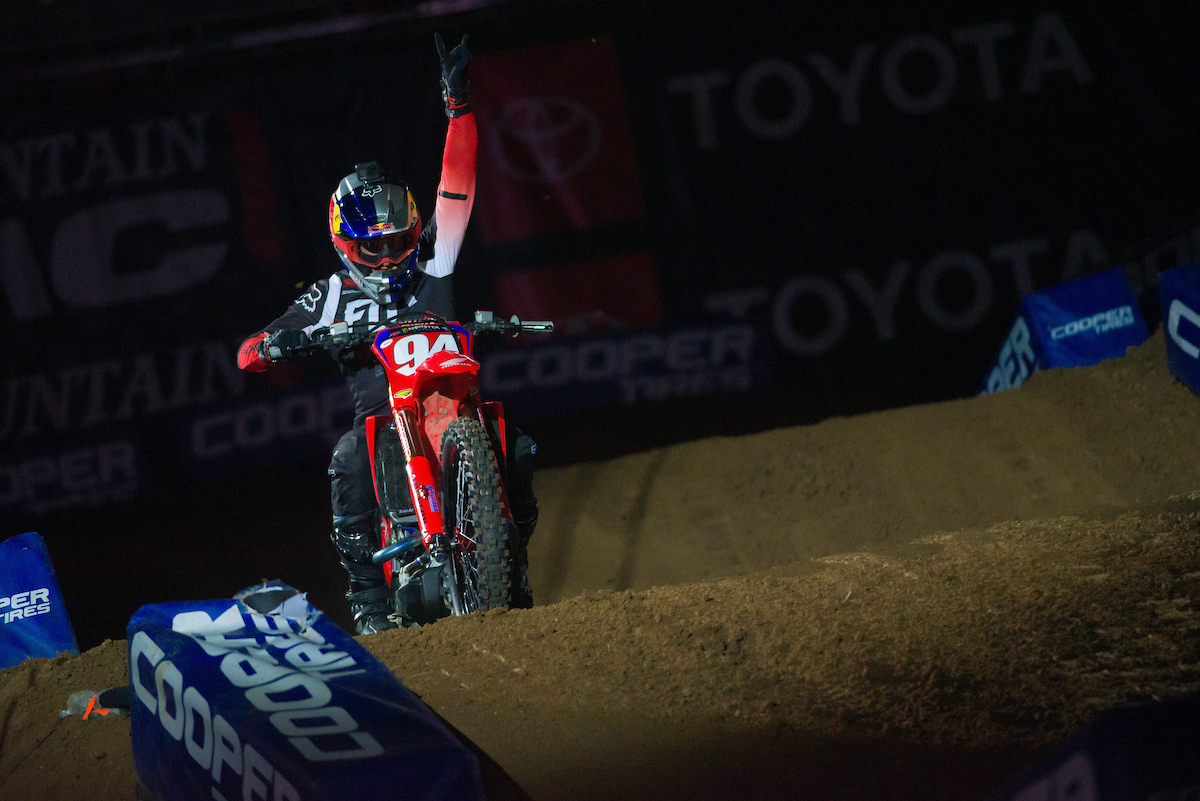 Lets give credit here credit is due, the tracks in 2020 have been great! Feld has been the brunt of many poor decision’s as judged by both fans and teams (shocker they don’t align with emotionless business practice) but they are on a run from A1 through round four in Glendale with the tracks being really raceable.

As the four strokes evolve, race-craft has as well and with the horsepower the modern race bikes have achieved, the only way to bridle them a bit and lessen the propensity for serious injury is to slow them down with layout and obstacle placement.

Technicality of jump sections is one way to achieve this, which they’ve done; another way to slow the guys down is to build really intimidating whoop sections, which they’ve also done. It’s been a game of errors in the lengthy whoop sections so far and I gotta say, I have no problem with this. While the ejections in the whoops can often be pretty brutal, it’s up to the riders to either figure it out or slow down and get gobbled up. This is the top level of the sport by the way and there are far more laps clicked off each Saturday night with guys negotiating passes in them than there are casualties.

The Glendale stop is always one that the racers really look forward to. The massive floor space is used well and that long start straight is incredible! I don’t know if the Glendale stop was selected as the first Triple Crown by coincidence or by design due to it’s reputation of being a large floorpan which should equate to holding up better and longer over the course of the additional abuse the Triple Crowns create. 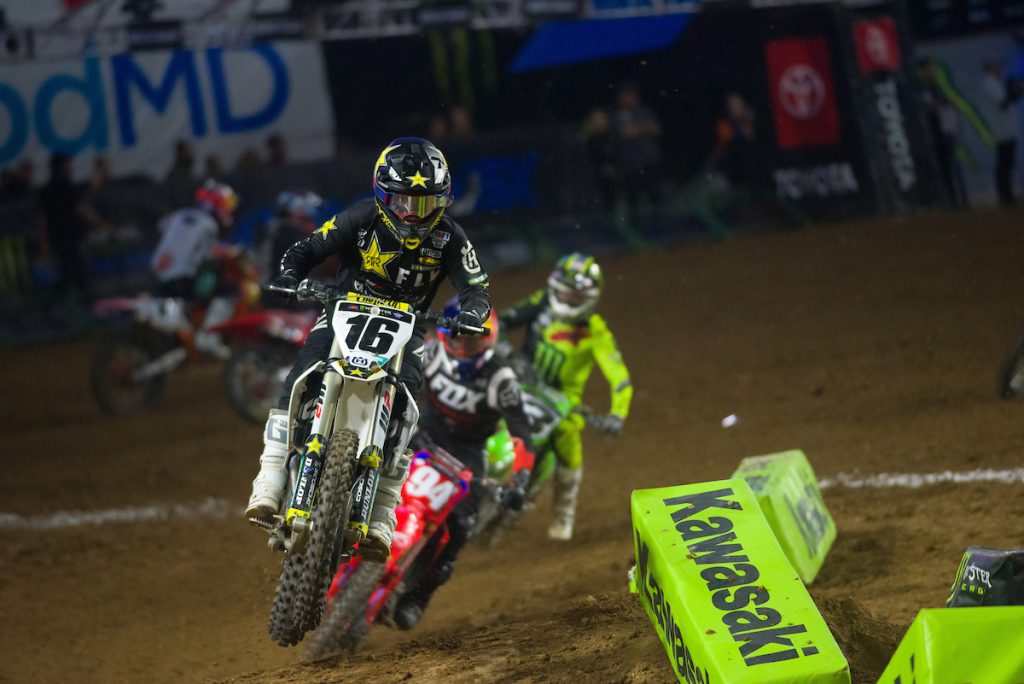 As good as the Triple Crown was for Ken Roczen, it was reciprocally disastrous for Zach Osborne. It was nuts to see what seems like the #16 Husky involved in every terrafirma-taste-test throughout the night. Some of you would say that’s because of the aggressive way he rides but on this night, quite literally, every instance he was subjected to was a matter of wrong place and time. Think of every superstitious “no-no” available and Zach must have committed all of them on Friday night. It was an utterly forgettable weekend for Zach.

Getting back to the points leader, Ken Roczen… this was the most fluid he has looked since 2.5 rounds into the 2017 series. I believe I described him this way at that moment in time too; he looks like water flowing downhill. There are no obstacles that slow him, it’s just a continuous fluid progression and mesmerizing to watch. I don’t know that he has the same outright speed advantage he had then, because there are certainly a handful of guys who with a good start and no mistakes are just not gonna be reeled in and dropped; but if he keeps these starts dialed, it’s gonna be a clear sign that the last two seasons are finally a fading nightmare the 94 has finally awoken from. 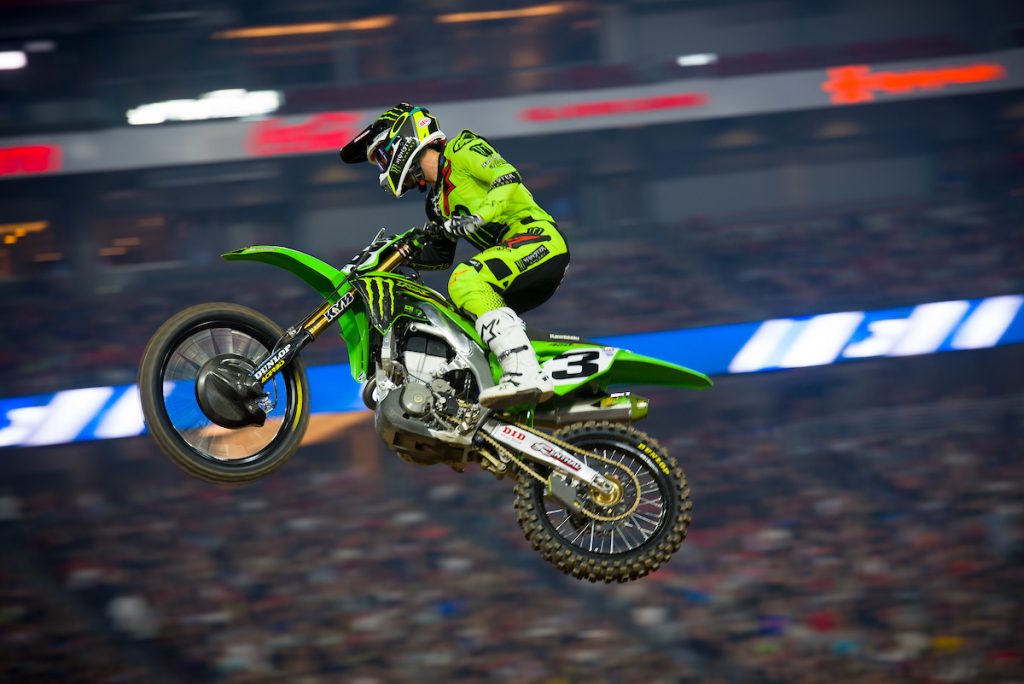 Eli and Anderson are not allowing Ken to develop any sense of easing up either. Eli is in a better points position than he ever has been through 4 rounds and is trending upward so he’s clearly full of building confidence. Jason Anderson is also better through 4 rounds than ever before aside from his title-winning year and he too is quietly getting stronger each week. Justin Barcia started the series with a bang but has been sputtering a bit the last two rounds and really needs to tell off another statement result soon before it goes any further south. Cooper Webb has appeared to be floundering at times but is still sitting 5th in points. Webb is one of those middle of the road guys, he never gets too up or too down based on his results. I think that is a huge strength as a racer because it indicates a true sense of real confidence. It’s not the kind of confidence that lives in limbo and is dictated by your most recent result.

We’re headed round 5 and are only minimally starting to see indicators of who is going to be in this for the long haul and there is sure to be some big surprises yet to reveal themselves.

One surprise I’m gonna claim for round 5 is AC’s qualifying streak ends but he matches his season best 2nd, behind amateur rival Cooper Webb who makes a statement of his own.