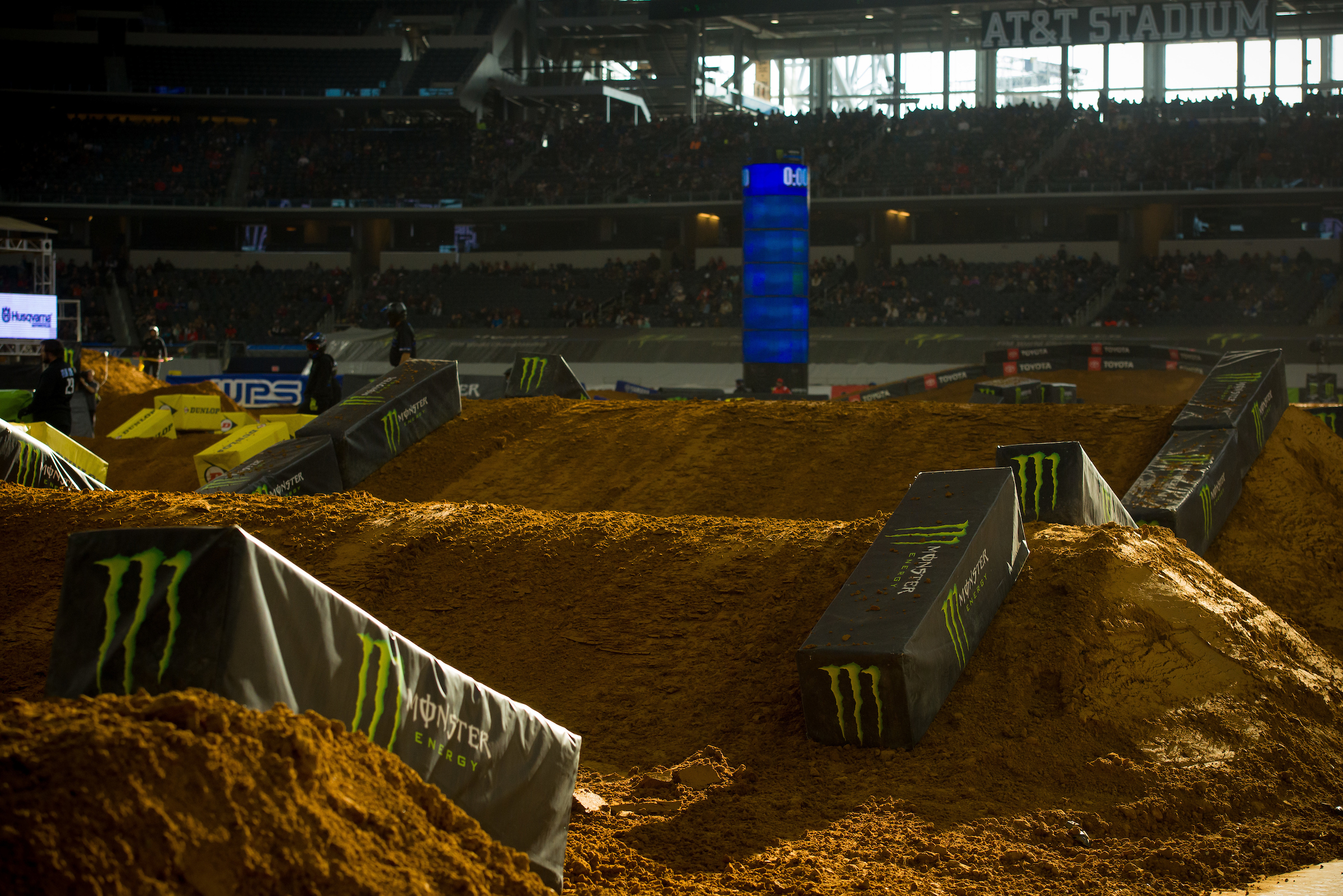 There’s a feeling in the air as checkers waved at Arlington, these Triple Crown’s are under fire and though we can pretty much guarantee Feld isn’t going to consider cutting the format from the race calendar, the riders are really getting vocal with their displeasure of the format.

When the Triple Crown format first appeared, the mains varied in length and racers were a little caught off guard by how quickly they realized their race was over just as it began and the pressure to make questionable moves to advance before it was too late. Now the mains are consistent lengths and the laps turned over the course of a Triple Crown race format nearly mimic the amount of riding of 3 standard length main event races! When you couple that amount of riding with a rutted, softening track that ALSO highlights an obstacle that was unanimously agreed upon to be disaster-inducingly constructed, it’s a formula for dissension from the Factory trucks.

We saw Adam Cianciarulo and Cooper Webb both suffer spectacular get-offs due to the top knuckle of the Dragonback being too low. Both were sent forward over the bars into the face of the triple which left Adam with a broken collarbone and Cooper incredibly with minimal though surely lasting results which shouldn’t sideline him but will absolutely affect his results.

It’s really the worst case scenario for Feld. The Triple Crowns are already under a bit of heat from the riders for the amount of riding required, the number of opportunities for things to go badly in first turns and opening lap carnage but then to have a poorly built obstacle that doesn’t get righted at some point during the night; that’s a bad look and more importantly it just can’t happen.

For the fans at home, the Triple Crown’s are unequivocally the better viewing experience. It’s a tough paradox, for the racers more at stake is a bad thing, while for the fans, having more at stake is exactly the thing that gets our blood pumping. It’s an unsolvable equation, so what to do? The worst case scenario would be the riders deciding full stop to just survive the Triple Crowns with out injury. This would remove intensity and make it more boring than a standard race on a crappy track of single file racing.

If history has shown us anything though, racers can’t turn off their innate sense to not be passed, so the easy money is on nothing changing. Hopefully the track obstacles will not slip between the cracks like that Dragonback in Arlington because that was a glaring flaw that should have easily been tended to during practice.