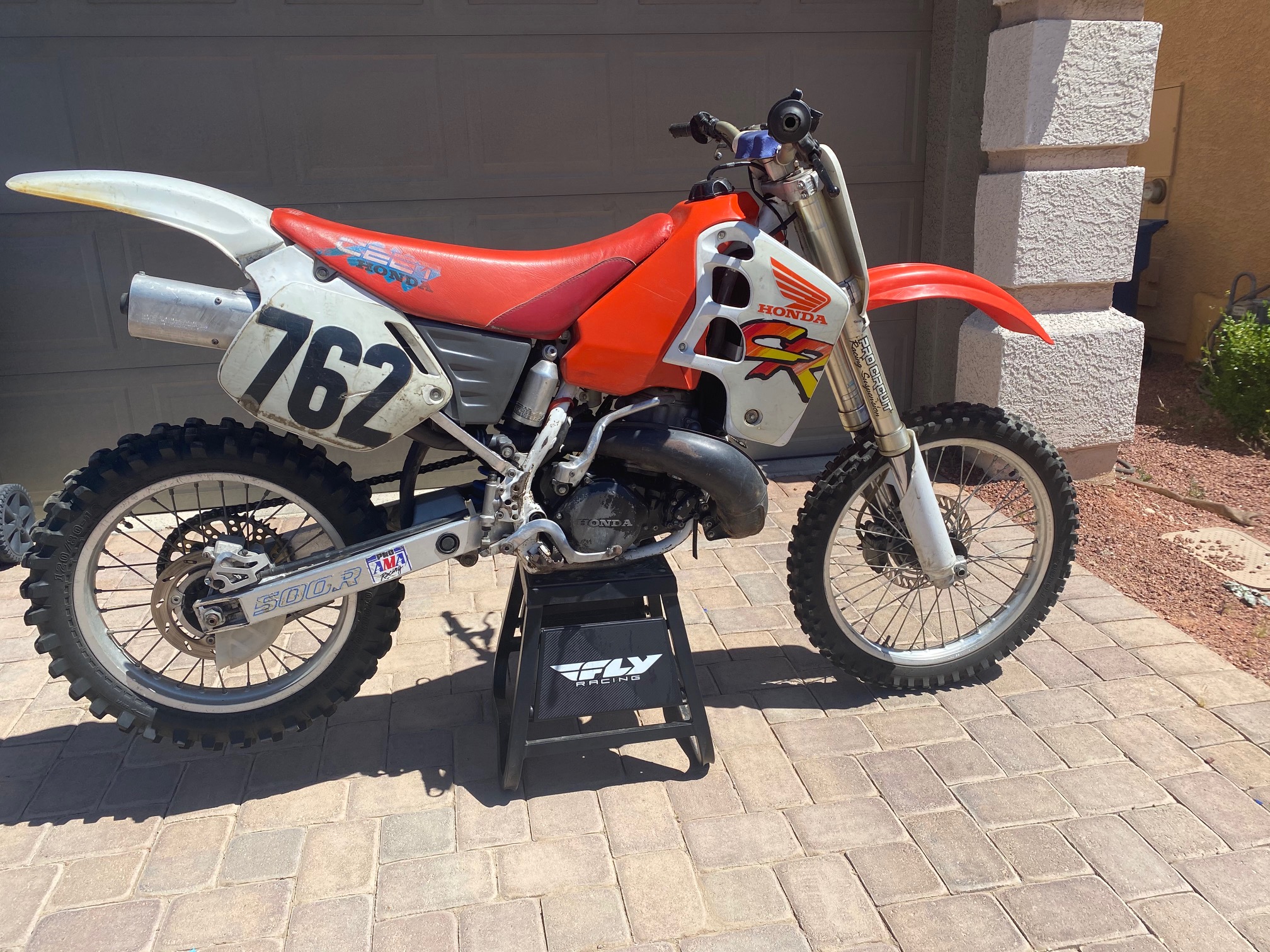 I won the 500 Canadian Junior championship on that 500 (the Loretta Lynn’s of Canada), I raced Millville 500 national on the bike and as I said, I practiced a ton on it. My dad put the 1990 250- style subframe and rear end on it also as soon as he saw the Factory Honda guys do that in the nationals even.

Then my mom and dad got divorced, things got weird and my dad sort of took the 500 to ride and do whatever with. I didn’t see much of him when he left the house and he moved to British Columbia a bit later and took the 500 with him. Of course, I was still paying on that initial bank loan for all three bikes and kind of thought it was my bike but then again he spent a lot of money on racing on me over the years and I guess he figured he was owed the bike. I see that side of things, like I said as with a lot of divorces and kids, things got weird.

So the 500 was gone. Or so I thought. A listener sent me a Reddit thread with a guy trying to sell a 1990 CR500 in it and because of the number plates, this listener thought it might be my old bike. And it was! This seller left my numbers on it from back in the day, it still had the AMA Pro stickers and tech inspection band from those nationals and it somehow even had the “Steve’s Cycle” sticker on the front fender! That was the way original name of my little accessory shop I had back in the day (started with help from my dad of course).

He was selling it and it seemed he thought it was some sort of special “pro” bike because of the stickers and the band. He really thought he had something special on his hands. He also put bark busters on (shudder). He wanted more money for the bike then it was worth to be honest but how do you put a price on memories! He had me and he seemed to know it.

$4800 CDN or about $3500 USD later, it was mine! My buddy Newf lived about 30 minutes away so I got him the cash and he went and picked it up for me. I don’t talk to my dad anymore (longer story) so I asked Newf to ask this guy where he got the bike from and yup, it was from my dad! Dunno when he got it and don’t care, all I know is that it’s back in my hands!

So now the work begins, I have a few different ideas about this project, I’m struggling with going through an making it pretty trick or just making it into something rideable but keeping it more stock (maybe even leave those OG N-Style #’s on the panels?).

Stay tuned as we chronicle the build here and I involve some different sponsors we have to turn this back into the bike I have all those memories from.