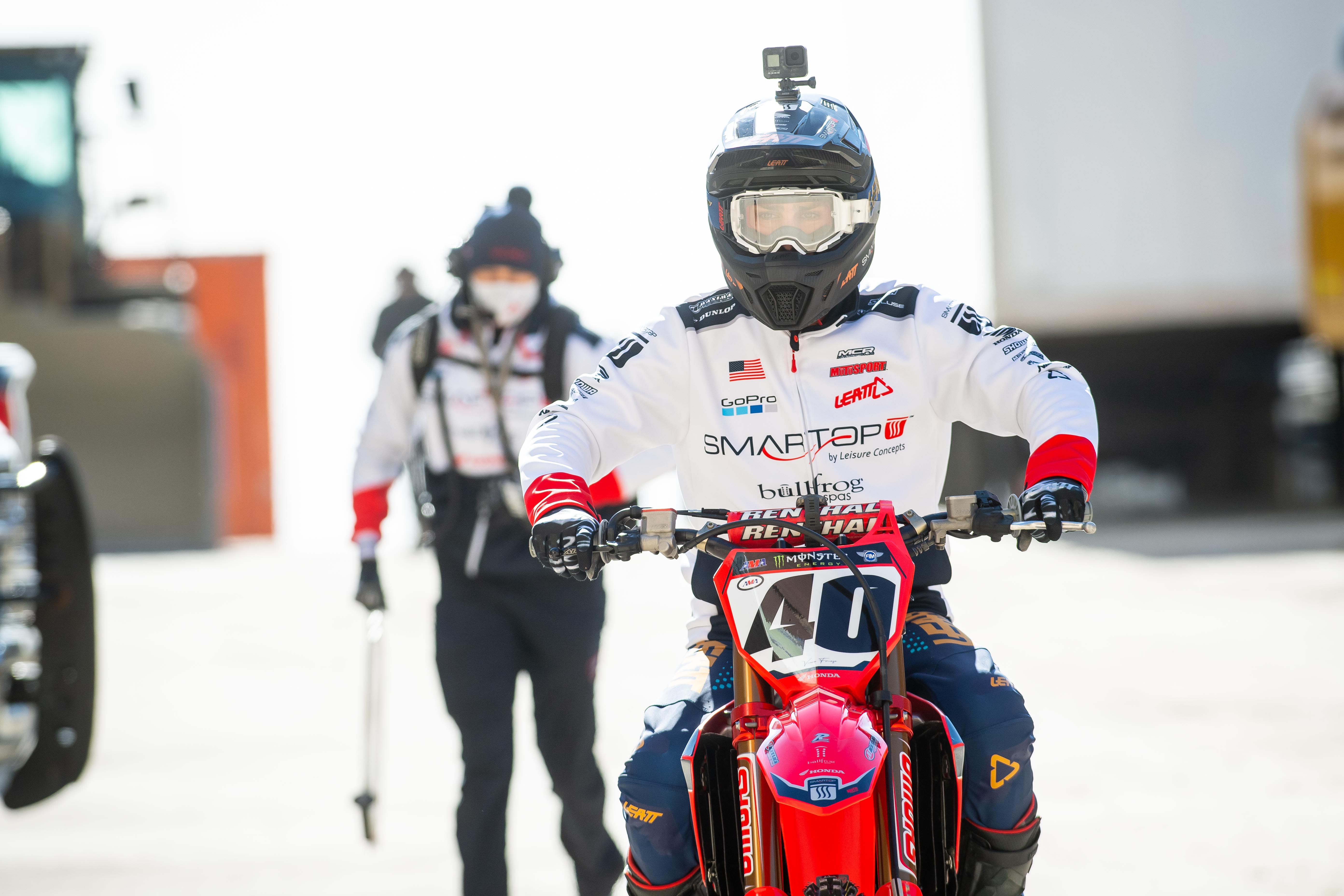 It’s been interesting to watch the chain of events since Indianapolis 3 closing laps when Vince Friese cross jumped into Justin Barcia’s line causing an instantaneous halting of forward progress. There was plenty of hate to go around, as there often is when Friese is involved. I don’t spend time perusing riders IG and Twitter comment sections because, well, even on their best days, comment sections are cesspools of negativity, people trying to score with one-liner zingers and general low-level intellect that degrade ones opinion of their fellow human— ANYWAY; I hear often that when something impactful happens on the track, due to a racers error or poor judgement, these comment sections self immolate with the standard fare mentioned above. People wanting said-rider to explore all options resulting in the end of their life. Compelling high level thought here, again, as usual.

Vince has indeed had himself a forgettable 2021 thus far. The nucleus of many altercations and seemingly always on camera, unfrotunately for him. It’s crazy because vince has long held this reputation for not getting out of the way but in recent years he has really been at the top of his game and been a player. This year though, it’s gone a little sideways oin our two residency’s to kickoff the series. While I wish no “comment-section” type harm to vince or his career moving forward, I am firmly in the camp of people who think what’s gone on through 6 races can not be ignored.

Listening to vince on the PulpMX Show Monday night, it went just as you’d expect a Vince Friese incident explanation go. He’s been on the shopw in years past under eerily similar circumstances and it followed the script. “Yeah, I don’t feel like I did anything wrong”. “I was just riding my race”. “It was unfortunate”. All of these “reasonings” are fine, they may even be true but I have a realy issue with what went down and how it played out for a few reasons.

One comment Vince made was “I just think Justin was trying to make a move where there wasn’t any room”. Three things here. Firstly, Vince has been a pro racer for 13 years, he knows to get out of the race-line when and obviously faster rider is closing on him. Secondly, NOBODY sounds like Justin Barcia when they are behind you and sure as shit not someone who is competing with you a lap down. Two dudes closing on you like Bam Bam and the defending champion is NOT something that a 13 year vet of Pro racing is going to confuse for possibly someone who is looking overtake you for position.

Get out of the raceline.

Honestly, someone with Vince’s resume doesn’t even need a lapper flag to be waved at them to know Bam Bam is bucking an snorting behind you to get by. There’s no doubt the AMA and it’s flaggers do create a gray area of culpability but 13 years in, you know. Now, a few days removed from the incident, there are of course Vince apologists. the pendulum has swung and after all those “Meanies”, par for the Social Media addicted World, evey issue has it’s Yin, then Yang…

You know who hasn’t swung though, giving the benefit of the doubt to Vince? All those guys who have to line up and put their lives on the line each week with him.