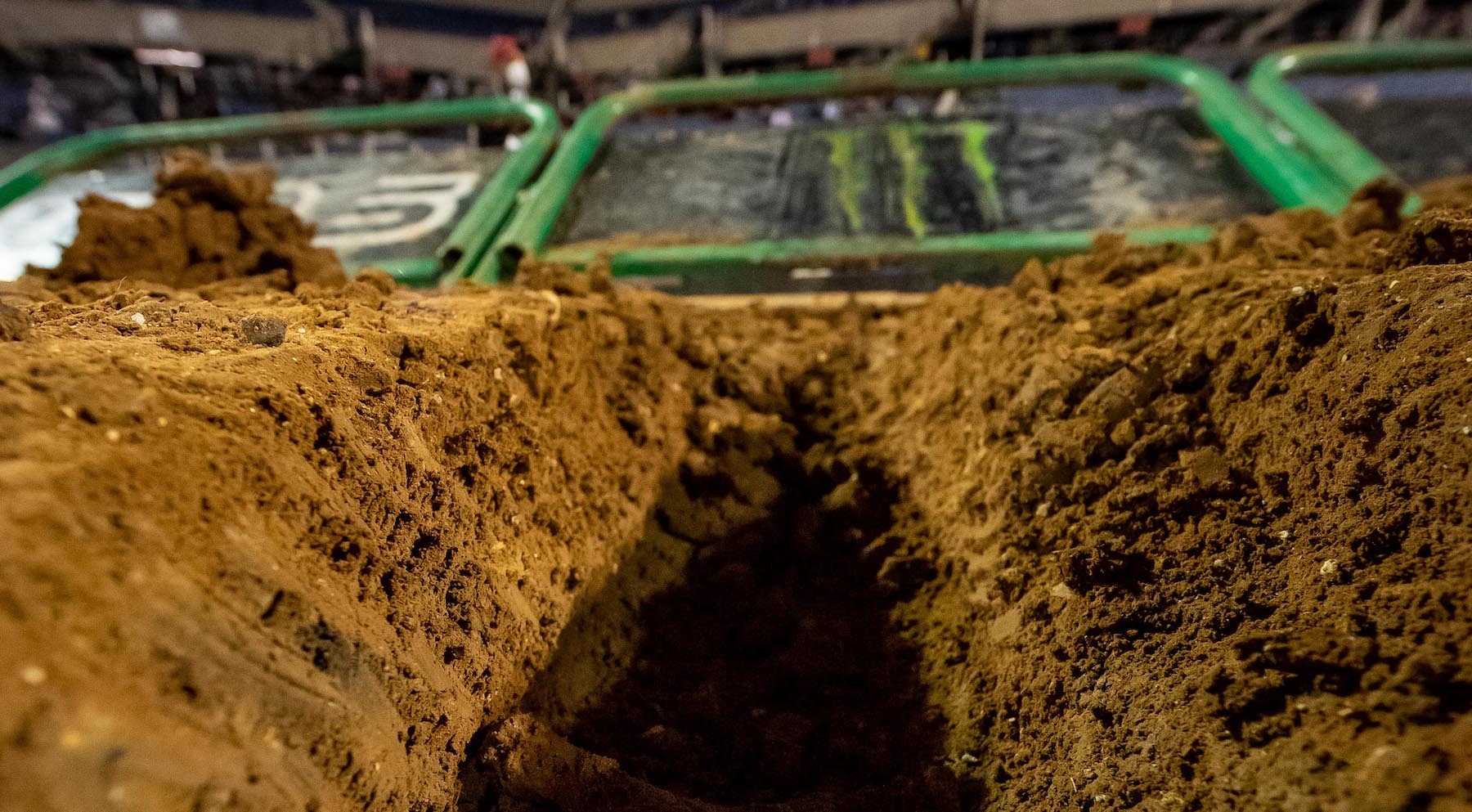 Are we reaching a crossroads in the evolution of this sport?

I’m really interested in hearing thoughts from you fans who are tuned into the port at a microcosm level. PulpMX Show listeners, Messageboard-gatherers and social-media participators. Is it just me or this year more than any other are the Starts determining the race outcomes? I guess it’s possible it could be the tracks, or maybe the 450 class really IS this equally matched?

It’s no secret that since the sport embarked on the 4 stroke transition, racing as we knew it was on the verge of ebbing away. Those pesky, pipey, lovable two strokes with their narrow power, entrancing aroma and song-like buzzzzzzing, had a limited future because of that ever-present 4 stroke tractable power on-tap.

It fell in line with progress.

Who doesn’t want a bike that has useable power across the entire rpm range? Who doesn’t want to quickly erase the effects of a split-second error with a little more elbow drop? Indeed, this IS progress.

All those elite level riders with more finely tuned racecraft, error-free (or most minimized) execution of riding technique and most efficient clutch and throttle application, were quickly about to see two of those surplus capabilities erased or reduced to a near disregard-able level. It’s kind of neat to look at the timeline of the prior generation to the one on display in the 450 class now. Justin Brayton, now our oldest competitor on the SX gate, came into professional racing having been on 2 strokes throughout his rise to Pro racing. All of these guys begin on them which is honestly pretty puzzling since the intuitive move would be just make 4 strokes, afterall it’s all for the environment right (WINK)? In the ’80’s and ’90’s it was all 2 strokes and still getting Supercross obstacles dialed in but the range of competition was all over the place. Even when MC came in and dominated, the rest of the field finishers was pretty diverse. As 4 strokes were introduced, the 2 stroke pilots to that point started realizing the benefits and (acceptable) tradeoff’s (those damn carbs) and knew with development the way it was headed. The less adept riders could close those gaps and have a shot at better finishes. Find me one guy who would say no to that!

But we, the fans, who make this racing profitable, are another story altogether.

We’ve been through this dicussion before but the question I ask now is, “is this the kind of racing we want to see each week as superfans?”  Yes, the gaps between riders in the top 14 is insanely tight right now, on it’s face this sounds amazing. On display, it is a rather single file, “wait for a falter to make a move”, approach. That’s still very intense but not quite as “edge of your seat” as guys darting in and out of multiple lines with leads and separations ebbing and flowing. Maybe that’s just the result of these “Overlay” films shot during qualifying where these teams all figure out the slam dunk fastest path around the track and to stray from it is results-suicide?

I can’t say I have any sure-fire suggestions for how to get the racing less dependent on your position out of the gate and the first two corners but I do know, passing is what makes the fans salivate and boils blood. We need more of that, so let’s pose this in Jeopardy form…

“The Answer: “THIS alteration to the Supercross formula, lead to the best racing Fan’s had ever seen.”

5 Hidden Gems For Your Bike, Shop, And Body