We all predicted there would be four different first time winners in the 250 class this year, right?!

It’s a bit surprising when you consider the line-up on both coasts. Colt Nichols and Christian Craig have predictably won most of the races in the east. While it’s fair to say that most expected Jett Lawrence would get his first win, the injury to Austin Forkner almost guaranteed it. 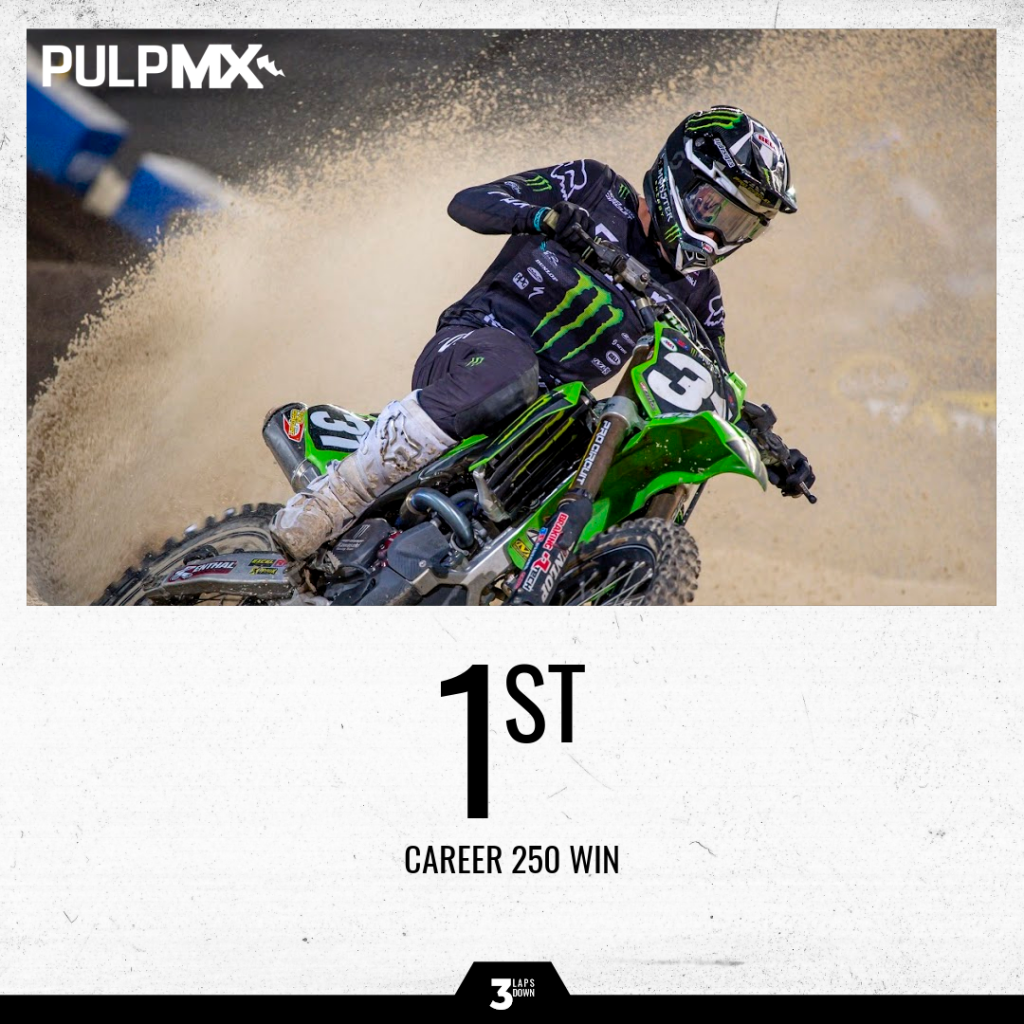 On the west, I think most would agree they expected Jeremy Martin, Jordon Smith, and Justin Cooper to be the primary race winners. But I don’t believe folks would’ve said that 4 rounds in we’d have Seth Hammaker, Cameron McAdoo, and Hunter Lawrence each with a win. Alas, with Jeremy Martin out injured and a black cloud following Jordon Smith’s every move, this is exactly what’s happened.

But how do these first time winners stack up to the Top 10 winningest supercross riders in the history of the sport?!