For this edition of Classic Ink, we are going to look back at the ad for one of my all-time favorite motorcycles, Honda’s all-new 1990 CR250R.

Today, print ads are all but a lost art within the motocross industry. The rise of the internet and the decline of all types of print media has shifted advertisers’ focus away from clever multi-page ads to YouTube videos and social media posts. While this change has made it easier to reach consumers, the art, creativity, and style of classic print advertising are often not present in today’s “information on-demand” world. 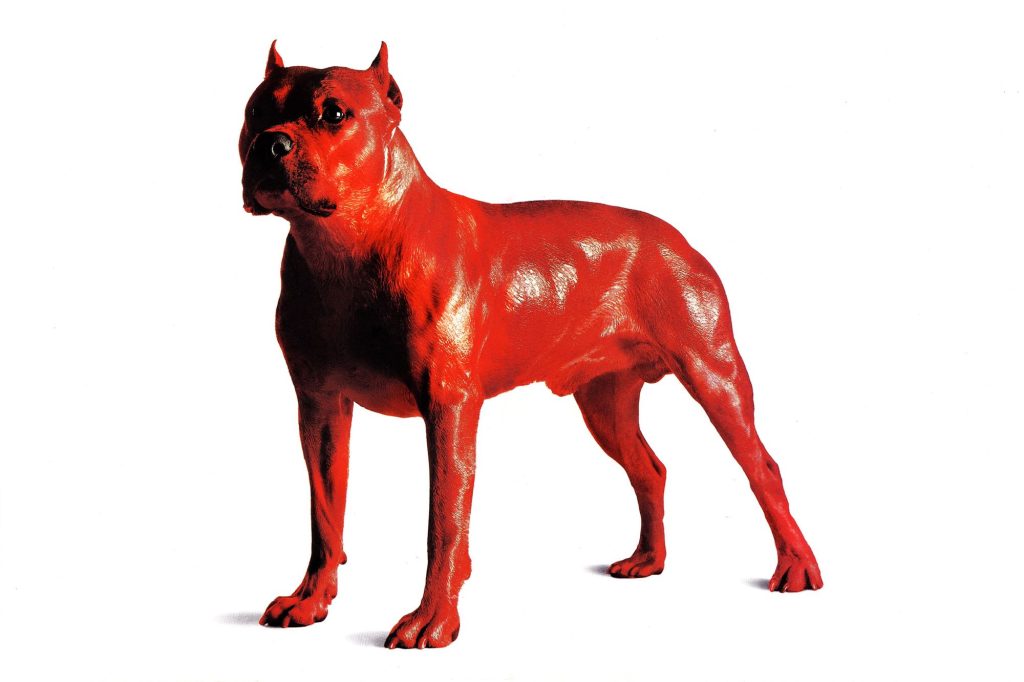 Eye-catching, artistic, and clever, this ad for the all-new 1990 CR250R projects power, presence, and potency without saying an actual word about the machine. Photo Credit Honda

My first case in point is this wonderful ad for Honda’s all-new 1990 CR250R. Today, you would get a nice video talking about the bike and probably someone like our own Kris Keefer riding the machine and talking about it at a press intro. In 1990, however, you got…a dog. At the time, I thought this was a rather odd choice, but it did certainly catch my eye as I flipped through my new copy of Motocross Action.  The photo appeared to be a pit bull that had been painted in Honda’s new (old) shade of orangey-red. On the next two pages were the all-new CR250R in its new color scheme and redesigned bodywork. 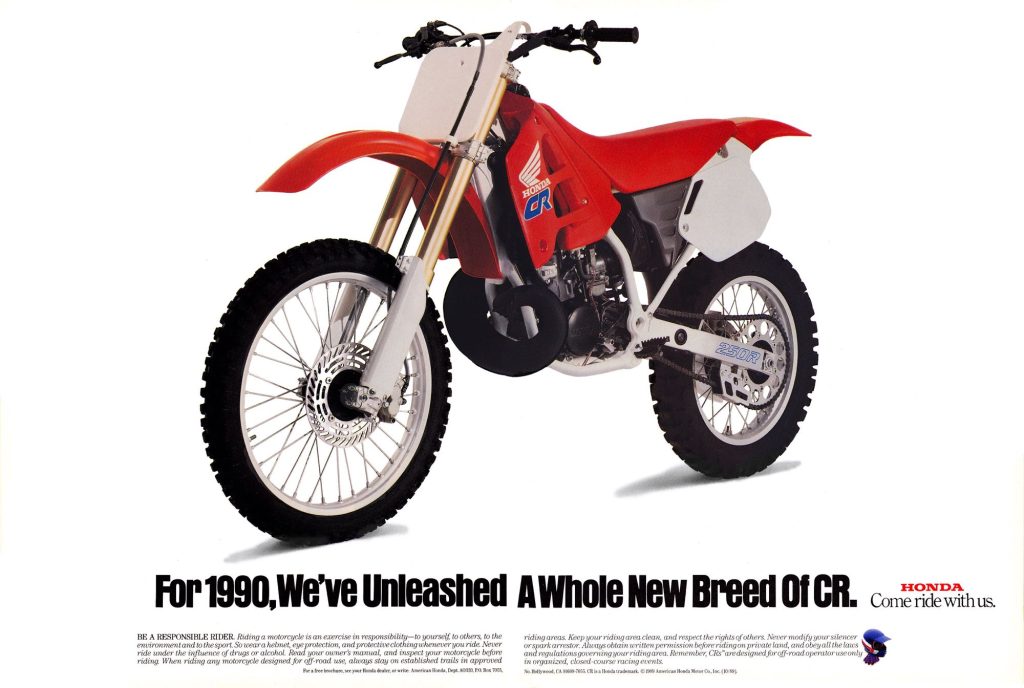 While this machine was phenomenal in many ways, you did need the toughness of a pit bull to hang on to those god-awful front forks. Photo Credit: Honda

Interestingly, the ad tells you nothing about the new machine other than what you can discern from its appearance. The color is new for ’90, with a move back to the “Flash Red” of 1983-1987. The tank, shrouds, seat, side plates, airbox, and rear fender appear to be new, but there is not a single word about a technical update or improvement. Considering the cost of a four-page full-color ad and the amount of effort Honda put into updating the CR250R for 1990 this is a bold choice. At the time, Honda was riding a huge wave of success on the track and clearly, they felt they did not need to get into the specs of the new machine to generate interest in it.

For many manufacturers, an ad like this would have been a gamble, but for Honda at the time it was a safe move. Despite a couple of years of poor suspension showings, Honda in the late eighties was the darling of the press and the new machine was sure to garner an outsized amount of interest from magazines and riders alike. This ad was more like a teaser to whet the appetite of a fan base thirsty for more Honda products.  In 1990, Big Red was still being given the benefit of the doubt by a public that assumed it would be great and it would take several more product missteps before the luster of that 1980s greatness would begin to tarnish.

As an owner of all three full-size CRs this season I can attest to the good and bad about these machines. Honda did have a lot going for it at the time and the motor on this new CR250R was an absolute marvel of power and control. The chassis handled phenomenally, and the feel was unparalleled, but oh boy did those forks stink on ice. I even loved the move back to the Flash Red, but I know many others did not. This bike had a huge built-in audience and Honda knew that when they took such an artistic approach with their ad. Heck, they did not even mention the 80, 125, or 500 at all, I guess figuring they would just sell themselves. This ad was a major flex by a brand that had the bull by the horns in 1990 and that is a big reason it is one of my favorite ads from my favorite era in moto.